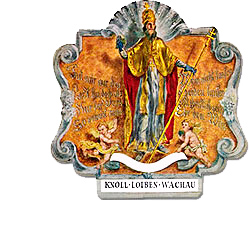 For me, the Knoll stand at the recent Annual Tasting of Austrian Wines in London was both the highlight and the greatest disappointment of the event.

Knoll wines are among Austria's greatest in the same way that Cambridge University is among the UK's best - i.e. there is only a relatively small number of other contenders for the title.

However, search for Knoll on the Internet and all you will find is a restaurant website with a vague reference to some wines in a manner that seems to suggest they are something of a minor sideline.

Knoll, then, is somewhat publicity shy - even to the point of not actually turning up in for the Annual Tasting of Austrian Wines in London to present their own wines; that task was left to a neighbouring winemaker who, quite sensibly, had rather more to say about his own wines.

And there's the disappointment - after much anticipation, even though I got to try the range, I did not get to speak to anyone from the winery itself or even discuss the wines at any length.

Unprepared for this, I ended up working through the wines rather more quickly than I had really hoped and with little opportunity to talk about each individual wine.

And so I had to rely on the little general information I already knew about Knoll's wines - based in Loiben, the vineyards are located at the warmer eastern end of the Wachau allowing wines more opportunity to achieve Smaragd levels of ripeness during a growing season lengthened by cool air rolling off the Waldviertal hills at night; the estate is run by Emmerichs II and III, neither of whom likes overpowered, exuberant wines, preferring tight concentration.

When I first tried Knoll's wines many years ago, a little overchilled in restaurants in Vienna, I was impressed - but struggled to see why they were considered so much better than other wines from the Wachau costing less than half as much.

I then read somewhere that even at five years, they are still quite young and decided to put away the few bottles I had to mature quietly and have not touched them since.

Wachau Rieslings and Grüner Veltliners at any level usually show great clarity, focused structure, precision and balance; there is concentration, wonderful mouthfilling acidity and, especially in the Smaragds, a fleshy richness and long finish.

Although I was not able to note down detailed impressions of the wines (another disappointment) as we somewhat cantered through them, what struck me particularly was the insistent mineral length and superb finish of all of them.


We started with two Rieslings from different vintages from Pfaffenberg, a site in Kremstal just outside the Wachau and therefore not eligible for the Wachau-only Steinfeder / Federspiel / Smaragd classifications of ripeness.

This was marked as a Kabinett, denoting a fully ripe but dry and light style. In simple terms, 2009 was a moderately warm year with 2008 being much warmer and this showed in the wines with the 2008 feeling bigger and fleshier.

Next came three Smaragd wines all from 2009 - two Grüner Veltliners from different vineyards and finally a Riesling.

All Knoll's Smaragd wines are aged in old oak until the September following the vintage which gives them additional richness, depth and complexity.

I could only wonder how I had not previously noticed this, as these wines were still generally relatively young (mainly 2009s); I can only think that, by now being a couple of hours into the event, the wines had had a chance to gain some air and open up a little.

I also bumped into Jancis Robinson at the event - she was focusing on Austria's reds, having reviewed Knoll's wines on her site already some years ago, and for more details on Knoll you could do much worse than look at her review (see here).

The wines are imported by Richards Walford in the UK.