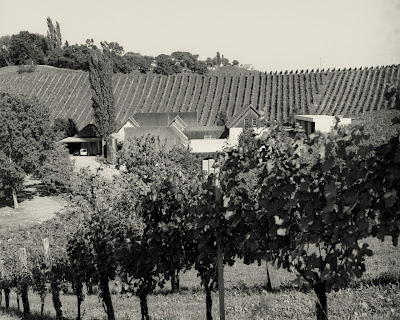 For most people who know a little about Austria's wines, the first things that spring to mind these days are perhaps Grüner Veltliner and the Wachau.

However, in the south of the country, near the Slovenian border, warmed by Mediterranean breezes, is a region called Steiermark by the Austrians and Styria in English which produces highly distinctive wines of an altogether different style to not just anything else in Austria, but almost in the world.

The key to this lies in a number of specifically terroir-related factors; Styria's vineyards enjoy a generally Mediterranean climate but are at altitudes of several hundred metres, giving an average annual temperature of just 9°C - significantly lower than in the Wachau, Bordeaux or almost anywhere else with the same southerly latitude.

High altitudes give much cooler nights, resulting in a longer growing season and aromatic wines with a startlingly crisp yet rounded, linear acidity and a dense mouthfilling structure.

Polz dates its history back to 1912, but like so much of the Austrian wine industry, the late 1980s is effectively year zero; at that time, in the case of Polz, brothers Erich and Walter took over running of the winery from their parents and increased the vineyard size buying up some of the best sites in Styria.

At the Annual Tasting of Austrian Wines in London recently, Peter Keller, Export Manager for Polz, talked me through a range of wines that he had brought along to show.

This current vintage Sauvignon, from vineyards between 300m and 400m, blended from different vineyard sites and fermented in stainless steel, was typical of this style - aromatic and light but well structured.

We then moved on to Polz's best-selling wine, named Therese and introduced in 2004. A Sauvignon grown at an altitude of 450m on schisty soils and intended to be the winery's most consistent wine, it was tightly structured with smoky flintstone aromas.

Finally came a couple of single-vineyard wines, starting with a Sauvignon from Hochgrassnitzberg - considered is the best grand cru on the estate, the special feature of this location is the shell limestone sub-soil.

The wine itself, aged in large barrels, was much richer and riper with more oxidisation but the same flinty smokiness.

The final wine, a Traminer from Grassnitzberg, was a mixture or Gewurztraminer and Gelber Traminer.

The key aromas of the better-known Gewurztraminer are perfumey lychees and rose petals, resulting in a love-it-or-loathe-it wine.

This wine, however, expressed primarily its terroir with a linear structure and long, crisp minerally finish and only restrained characteristic floral hints of lychees on the palate.


The wines are imported into the UK by Clark Foyster.
The Wines