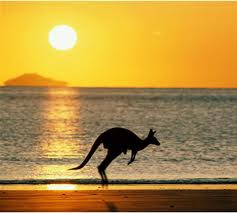 Australia seems to be having something of an identity crisis at the moment - having given the world oaky Chardonnay and fruity Shiraz in the 1980s, it now seems unsure whether to continue along that path with ever riper (and sweeter) wines or turn its back on all that and concentrate on wines with a more restrained, cool-climate feel.

For the vast majority of the population right now in the UK, oaky Chardonnay is completely out of fashion and everyone seems to want crisp, refreshing unoaked wines with a bit of mineral backbone - for this reason, you'll find Pinot Grigio as many pubs' house white.

In the decade or so that I have been going to Cambridge Food and Wine Society tastings, I cannot recall there ever having been an Australian event so I was looking forward to hearing Daniel Young, manager of Noel Young Wines in Trumpington present a selection of wines from his shop, including some made by eponymous brother, Noel Young from his joint venture Magpie Estate in Barossa.

Unfortunately, a diary clash meant Daniel had to pull out and I ended up being his far-less-qualified stand-in for the evening. Armed with print-outs and a bit of general knowledge, I kicked off.

Fortunately for me, I was amongst friends and a number of the audience chipped in with their own observations and knowledge - one person even downloading maps onto his iPhone to explain references to coastal breezes in some of the tasting notes.

The first wine was a Hunter Valley Semillon - a modern classic just as much as oaky Chardonnay, typically the wines it produces are waxy with a texture of lanolin, but this one felt crisp and light with just 11.5% alcohol.

Initial impressions from the audience were of it being rather unexpected and a little underwhelming - a more thoughtful assessment showed some good minerality coming out on the finish, but it was not until I re-sampled at the end of the formal tasting that it fully opened up and became a interesting wine with the kind of complex, mouthfilling structure to justify a price tag of well over £10.

And this became a consistent theme with all the whites to come - generally from the most recent 2010 vintage and sealed under screwcap (which inhibits development far more than natural cork), they were far too young to show much of anything straight out of the bottle and would have benefitted from a few quick swirls in the decanter.

The second white, an even lighter Vermentino, with just 10% alcohol, had an unusual dieselly nose but little else to offer either initially or even later on and was generally not well liked.

A Riesling, grown at altitude in Eden Valley, was said to be in the Germanic style and certainly felt lighter than my preferred Austrian style. With a classic petrolly nose and limey on the palate, it showed good mineral length on the second run-through.

Finally, moving onto an oaky Chardonnay, there was another surprise - instead of the expected ripe tropical fruits and toastiness, we got something much more restrained with the acidity of granny smith apples and complex layers of butteriness.This again continued to improve during the evening, but for me, whilst well made, was somehow lacking a little of the complexity I look for in a really good chardie.

The first red - a Pinot Noir from Tasmania - was again not exactly typical; with no Pinot aromas of farmyard, mushrooms and cherries present, it had a nose of red fruits, a soft texture on the palate and a sweet, clean finish. Pleasant enough and easy-drinking, certainly, but not a textbook Pinot, and despite being from much further south, it felt more like a warm-climate wine, which is not what Pinot likes.

We then moved on to Noel's wine, a blend of northern Spanish grape varieties Mouvedre and Grenache - these two have a particular affinity for each other and, when made well, produce crowd-pleasing wines with plenty of berry fruit, some spice and a soft, quaffable texture, so it's perhaps no surprise that this was subsequently voted best wine of the night.

A Cab, for which some of the grapes had been dried on baskets Amarone-style, was complex, impressive and almost as popular, with lots of blueberry, plums, cedar and minty eucalyptus, but I am quite old-school in my tastes and would have preferred a little more balance and restraint.

The final wine was a real step up in terms of price and quality, but did not prove to be quite so popular - a Shiraz from Clonakilla, it has drawn some rave reviews, but tended to leave most people underwhelmed.

The tasting notes recommend decanting or up to ten years' cellaring and although we gave the wine a few minutes in the glass, the initial impressions were all about structure with dense, tightly-packed tannins and a peppery, spicy inkiness.

I got a chance to re-sample this right at the end of the tasting and almost two hours after initial opening, it was still only just starting to open up and show some plummy fruit on the nose and a smooth custardy texture. For me, it was perhaps the best wine of the night (it was voted joint second with the Cab), but I would struggle to justify the price when there are so many other good wines around at well under £20.

I mentioned this to Dan Young later and he explained that with a high exchange rate and changing fashions, Australian wines are really struggling at the moment. Having for years had a built-in price competitiveness due to a weak currency, Australia is now faced with the double whammy of its wines becoming more ever expensive whilst its signature styles become ever less fashionable amongst the vast majority of "ordinary" wine-buyers.

He added that brother Noel is able to absorb some of the effects of currency fluctuations for his own wines as he ships it directly from vineyard to store - and as one of the cheaper wines we tried on the evening, it was certainly also one of the best value.