Austria's Tement winery
Styria, in the south of Austria near the Slovenian border, might be considered at first glance as an oenological one-trick pony, since its single "house style" of wines is piercingly crisp and aromatic whites - especially Sauvignon.

Moreover, there is not a lot of variation from vintage to vintage as the region is reliably warmed by southern air streams from the Mediterranean.

However, whatever the region lacks in breadth of styles, it more than makes up for in terms of quality and distinctiveness; Styrian wines are intense, superbly structured and immediately recognisable.

This is largely due to local terroir, as the vineyards are exposed to sunlight and warm air yet also at altitudes of several hundred metres leading to large diurnal fluctuations in temperature which lengthens the growing season and results in wines that are steely and crisp yet also aromatic and full. 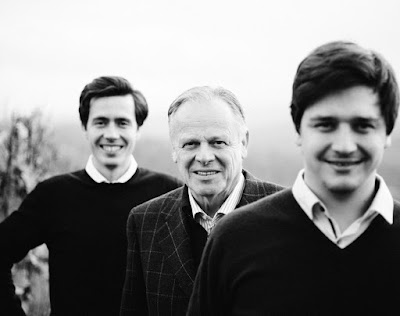 And whilst there is a strong, generic Styrian style, there are also, as I found when tasting the wines of Tement at the Annual Tasting of Austrian Wines in London recently, subtle, nuanced differences between vineyard sites.

Michael Thurner, a Wine MBA and president of Austria's Fine Brands, a trade grouping of eight Austrian wine producers, showed me a range of Tement's wines.

Tement, one of the great names in Styria and one of  my regular favourites when I lived in Austria, is based in Berghausen within sight of the Slovenian border and on a narrow plateau of pre-historic fossilised coral-reef formed around 20 million years ago.

We started with a Steirische Klassik Gelber Muskateller - part of the Muscat family, Gelber Muskateller is a grape I usually avoid, but here the resulting wine was crisp, piercing and concentrated with the classic Muscat floral "grapiness" expressed more as auxiliary overtones than dominating aromas.

The Steirische Klassik Sauvignon Blanc had a similarly linear structure and was aromatic but steely rather than lush.

"Steirische Klassik" (Styrian Classic) is the label for Tement's entry-level wines - blended across vineyards, they are fresh and fruity with lots of typical varietal character, fairly light in alcohol and generally matured in stainless steel tanks.

The more serious wines, from single-vineyard sites where differences of terroir can be expressed, are matured in oak.

All Styrian wines, being crisper and fresher in style than wines from the Wachau, are released much earlier in the year following vintage and so whilst the Wachau producers were showing nothing more recent than 2009, the Styrian producers had mainly new-vintage 2010s to show.

A Sauvignon Blanc from Grassnitzberg, a valley into which cool air flows, was richer with minty, smoky and even some vegetal aromas.

Geography does not, of course, recognise political boundaries and the vineyards of nearby northern Slovenia just over the border are on the same terroir as Styria with theoretically the same potential.

Recent history, however, has not been as kind to Slovenia as it has to Austria and whilst Slovenian wines may seem more like a novelty act than a serious contender, that won't be the case for much longer based on the Sauvignon Blanc Fosilni Breg (again a reference to the fossil-rich soil) which in quality terms is indistinguishable from the wines made on the northern side of the border. 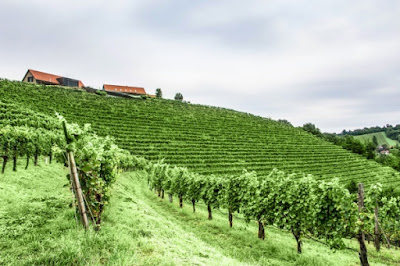 The final wine was again a Sauvignon, this time from Zieregg - smokey, flinty and rich, this for me was as good as, but completely different from, anything I have had from the Loire, Bordeaux, New Zealand or anywhere else with claims to be a spiritual home of Sauvignon.