On Texture and Structure - Why Flavour Isn't Everything 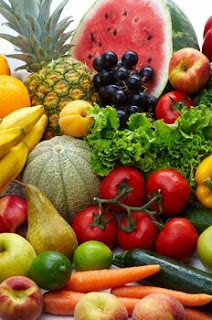 If we ignore wines that are either boring or unpleasant and consider only those that are to a greater or lesser degree enjoyable, it seems to me that a key distinction to be made is between flavour and texture / structure.

Flavour is basically what a wine tastes of (more accurately, what it smells of) - the aromas you get on the nose and palate. Cab, for example, generally tastes of blackcurrant, eucalyptus and pencil shavings, Syrah (or Shiraz) usually tastes of prunes and plums, amongst other things.

Essentially, flavour is all about the fruit in the wine and how approachable it is - a wine with lots of complex aromas on the nose and palate will be quite interesting in that respect.

Flavour is rather a New World concept - it's what makes a wine crowd-pleasing, and the riper the grapes the more volume of flavour there will be.

Compared to flavour, texture and structure are more elusive concepts, harder to describe, and there simply is not have the same vocabulary for them as exists for flavour.

One might speculate endlessly as to the reasons for this greater vocabulary for flavours compared to texture, but my guess is flavour was a better indicator to our hunter-gather ancestors of whether a food was suitable for eating or not; by contrast considerations of texture were something of a luxury and therefore we have not developed the same faculties and hence vocabulary for describing texture.

In simple terms, texture and structure are how the wine feels in your mouth.

Wines with good texture and structure will also generally have good length - that is, how long you can taste or sense the wine after swallowing or spitting.

To explain by way of examples, texture / structure is the same as what makes a BMW a more enjoyable car to drive than a Ford and why I still like listening to a Mozart symphony long after I have got bored of a chirpy pop song.

An entry-level BMW may have fewer toys and less poke than an equivalent-priced Ford, but it is a better-engineered car. Just as a Mozart symphony is more subtle and complex than a radio-friendly unit shifter.

Texture and structure may not generally be the first things that strike you about a wine - unless you happen to be 1) a professional whose job it is to look out for these things, 2) a serious enthusiast or 3) an old-schooler, brought up on textured wines before the rise of fruit-driven, New World wines.

Flavour, then, is a little bit like what initially attracts you to someone in a bar; texture and structure are why you remain married to them.

When I look back to the first wines I really liked - entry-level French reds bought in France and Austrian whites - they appealed to me largely because of the interesting flavours.

And yet they also scored highly for texture, even though I perhaps did not fully realise it at the time.

Compared to the wines I had bought in the UK, they were approachable, balanced, technically well-made, full of flavour, but also structured and mouthfilling - all for generally under €10 a bottle, what more could a novice wine enthusiast on a budget want ?

A few years ago, I decided to give up the high-travel job that allowed me to visit Austria and France regularly and as a result, had to start buying wine like most normal people in this country, i.e. via local wine merchants and the odd Internet retailer.

It proved instructive, as some retailers seem to focus exclusively on flavour, with a simple "more-of-everything-is-better" approach, whilst others are more even-handed, offering wines with balance, restraint and fruit plus texture and structure.

I asked two MWs about their thoughts on this area - Philip Goodband explained that "when I taste at the IWSC and other competitions the wines with great texture....not to be confused with extraction... shine through!" whilst Debra Meiburg added "Texture is a make-or-break. The tannic structure is key".

For myself, I find I now place rather more emphasis (but not all) on texture and structure compared to flavour; finding a wine with great texture, structure and flavour - now that is something really special.