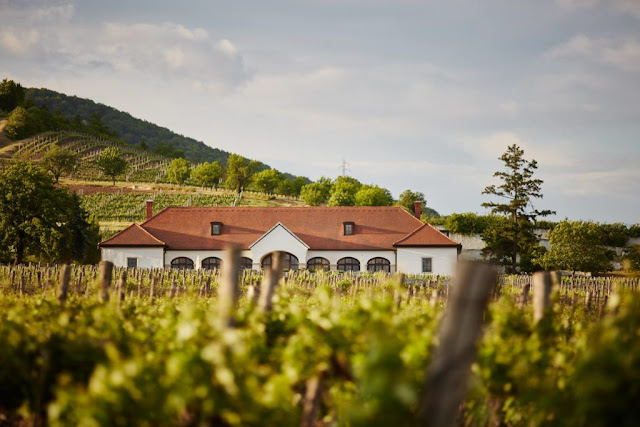 I used to be a regular visitor to Budapest in the late 90s and throughout the '00s. For a long time, it was by some way the least lovely of the great central European capitals - poorer than Vienna, less buzzy than Prague.

Then, around 15 years ago, it suddenly spruced up and became the sort of place I rather looked forward to visiting. Kate Green, owner of A Drop of Hungary and originally from Hungary, says that much the same changed occurred in Hungarian wines at the same time.

My experience is that there have long been good Hungarian wines, but perhaps I just happened to know the right people in the early days; Miklos, the local CEO, was something of a bon viveur while his Financial Controller was - somewhat incongruously - an ex-sommelier.

One change that is not disputed is that around the turn of the millennium, the potential for great dry whites made from Furmint was well and truly proven by Istvan Szepsy with his dry Furmint, Szepsy “Urágya” 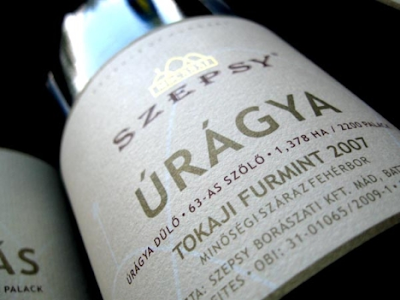 Say Tokaji and I immediately think of the great botrytised sweet wines. And there were excellent sweet wines at Furmint February. But the revelation was the sheer quality of the dry whites. As a small wine-producing country, it makes sense for Hungary to follow Austria's lead by focusing on quality, rather than volume. This is partly reflected in the prices and means that comparisons are with the great wines of the world, rather than with everyday drinking wines.

Furmint is a half-sibling of Riesling and Chardonnay via its parent Gouais Blanc; the wines have the poise, elegance and focus of Burgundy with the aromatics and richness of Loire Chenin.

As with the Blaufraenkisch-focused Blue of the Danube event last year, there was nary a disappointing wine on show; all were extremely well made technically and prices rose in line with quality.

Disnoko dry varietal and blend Tokajis imported by Gonzalez Byass, priced in the teens and 20s

Demeter Zoltan dry varietal Tokaji from another pioneer of the style, imported by Savage Selection and priced at £75

Royal Tokaji from mid-teens late harvest to 6 puttonyos at £50, imported by Bibendum
No comments: Links to this post

Email ThisBlogThis!Share to TwitterShare to FacebookShare to Pinterest
Labels: Hungary 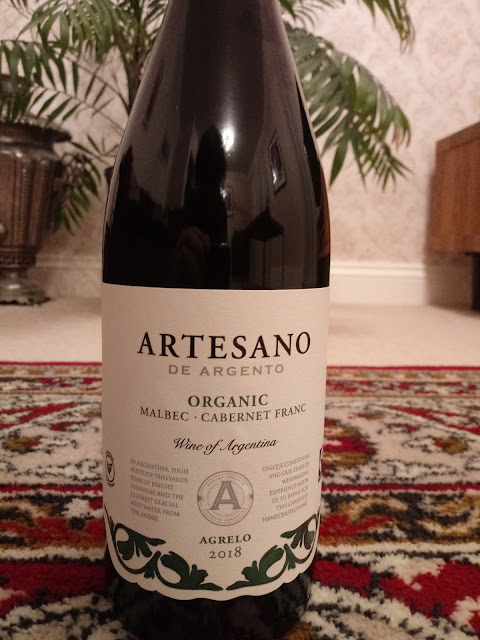 The two things to know about Argentina are:

High altitude does a number of things for a wine - in very simple terms, it means cooler overnight temperatures and therefore more freshness alongside lots of fruit ripeness. This is A Good Thing.

Malbec (aka France's Côt) needs lots of sun and makes dark, full-bodied wines. By contrast, Cabernet Franc is naturally more elegant and has aromas of plum, raspberry and tobacco. Both grapes originated in France and are grown in the Loire, Bordeaux and Languedoc

This Argentinean wine combines all these elements very successfully; the dark, inkiness of the Malbec, the high-altitude ripe-fruited freshness of Argentina and the peppery, plummy elegance of the Cab Franc; it is technically well-made with a vibrancy and deftness.

Improves with aeration and can be aged.

Match with an Argentinean steak or any roast meat.

Tom Cannavan is also a fan; he finds the tannins a little chunky and rustic in his video review.

Fiona Beckett finds it smooth and plummy in her review.
No comments: Links to this post

Email ThisBlogThis!Share to TwitterShare to FacebookShare to Pinterest
Labels: Argentina 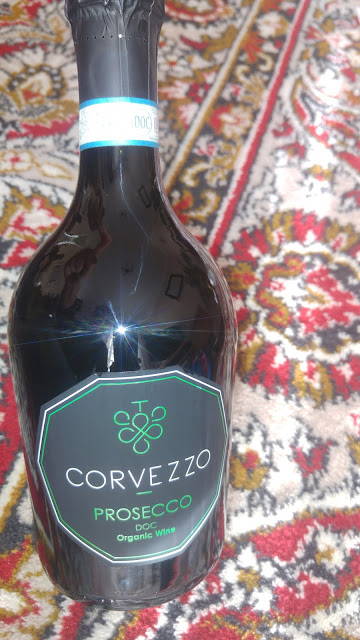 Well-made Prosecco is a good, crowd-pleasing fizz. With more ripe fruit than cool-climate fizzes, it is an affordable easy drinker for a mixed group, such as Christmas visitors.

Serve as an aperitif.
No comments: Links to this post 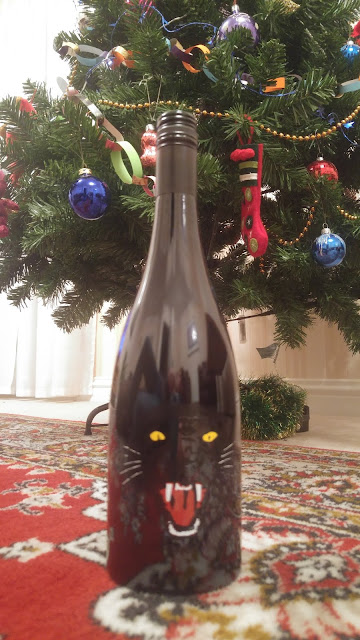 Syrah-Viognier is a classic blend from the Rhône; this is an Australian take from the Mediterranean-climate McLaren Vale area.

With a couple of years in bottle, it's still very primary and, initially, fruit-driven; it is only with extensive aeration that it starts to show its more serious side.

Benefits from aeration and will repay cellaring.

Match with darker game such as venison or hare.

Matthew Jukes is also a fan.
No comments: Links to this post 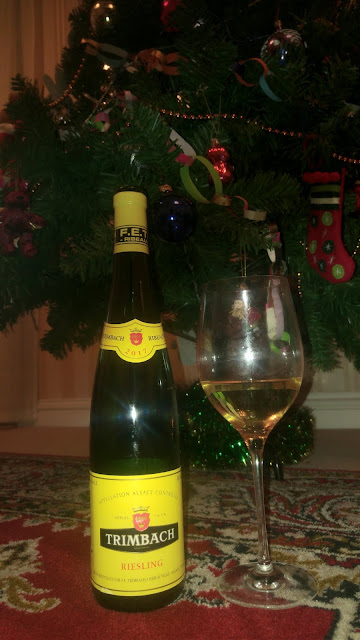 Riesling is something of a wine geek's wine - aromatic and high in acidity with a mineral backbone and an ability to gain complexity with age, it seems to appeal more to enthusiasts more than to "ordinary joes".

Riesling's spiritual home is Germany, but in next-door Alsace it is one of four noble grapes to get star billing.

This Trimbach Riesling is supremely well-made and a textbook Alsace example. With taut, racy minerality, it will benefit either from a bit of aging or aeration, so don't be afraid to pop it in the decanter for an hour or so before drinking.

Taut and uncompromising in youth; expect it to broaden out with age.

Match with tarte flambee.
No comments: Links to this post 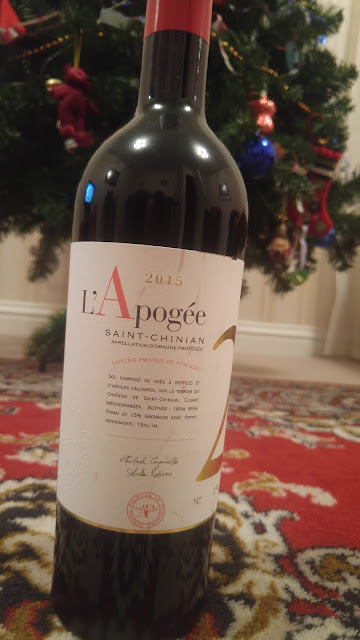 St Chinian might just be my favourite Languedoc sub-regions.

And Foncalieu could well be one of my favourite Languedoc producers.

St Chinian, by the way, is set around 25 miles inland from the Mediterranean near Beziers and Narbonne at the foot of the Massif Central. It became an AOC in 1982 and falls into two distinct parts; the north has schist soils and produces the better wines. To the south, the soils are chalky clay and the wines less concentrated.

This Syrah blend is a true vin de garde, one whose texture and concentration require significant aging before reaching maturity. Born into a great vintage, at five years old it is still very youthful and quite closed up. That's not to say you can't enjoy it now, but it will need significant time in the decanter first.

Herve Lalau has reviewed this vintage on Chroniques Vineuses and Tom Cannavan has scored earlier vintages in the 90s. 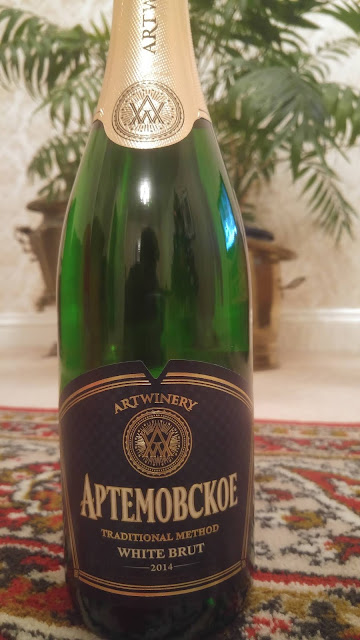 I have something of a soft spot for Ukrainian fizz; at its best, it is clean, elegant and thoroughly pleasant.

This fizz is made by the traditional method from Chardonnay, Aligote, Riesling and Pinot, then aged for a year on the lees in the gypsum caves of Bakhmut (formerly Artemivsk) in eastern Ukraine.

Drink as an aperitif or match with light starters.
No comments: Links to this post 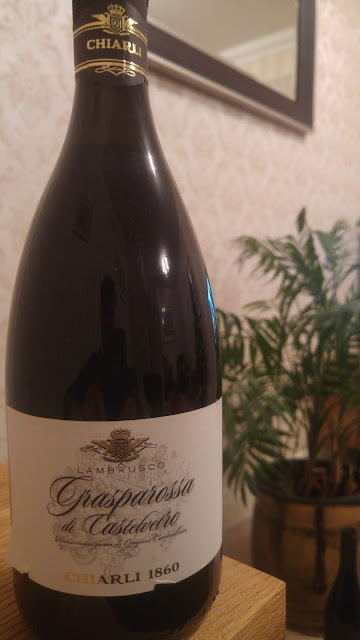 Lambrusco is the oenological equivalent of riding a Vespa; fun, stylish and joyously uncomplicated.

For the uninitiated, Lambrusco is a red fizz from Italy's Emilia-Romagna region, which is also home to Parma ham, balsamic vinegar, Parmigiano Reggiano and Grana Padano cheeses as well as pasta dishes such as tortellini, lasagne and tagliatelle.

Like many classic wines, context is important because the wine often needs to be matched with local foods to make most sense; Lambrusco's fruity tartness cuts through the rich flavours of Emilia-Romagna.

With freshly-squeezed fruit and crimson froth, how can you not love this wine?

Chiarli Medaglie Lambrusco Grasparossa di Castelvetro DOC 2018 (£11.99) fresh, juicy blackcurrant and blueberry fruit with a touch of spice and gentle tannins; rich, bold and fruity with a pleasantly tart rasp on the finish.

Match with typical Emilia-Romagna foods - especially pasta with a rich meaty tomato sauce.
No comments: Links to this post 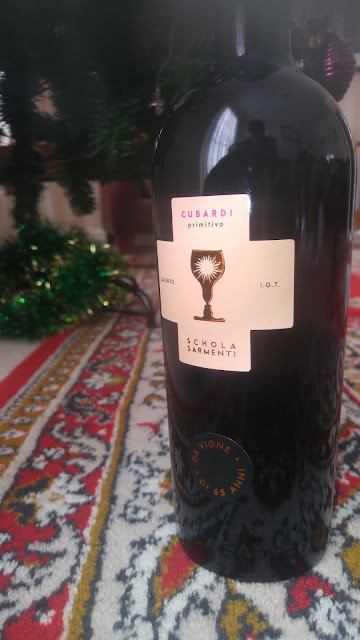 A Big Italian Red that kicks down the door - but wipes its feet first. From Virgin Wines

Here's a dinner-party fact for you; southern Italy's Primitivo is the same grape as California's Zinfandel. As well as a couple from Croatia too.

Whatever you choose to call it, this is a grape that like lots of heat, and you can taste it. It's a Big, Baked sort of wine with dark fruits, spice and a high alcohol content.

Think of it like sex-symbol Rudolph Valentino; born in Puglia, moved to America, became a heart-throb. 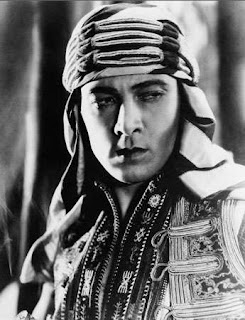 Match with Big Game, such as hare, smoked duck or venison.
No comments: Links to this post