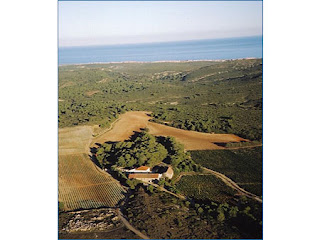 When you think of couples leaving behind the rat race to relocate to southern France and live the dream as wine-makers, images of rather smug ex-bankers or slick former marketing managers usually spring to mind.

Susan and Peter Close, a couple from the North of England who have always had a passion for good food and wine, somehow don't quite fit the stereotypical image - they are down-to-earth in an unpretentious sort of way and likable rather than glamorous. 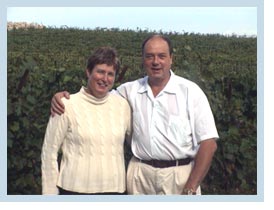 I met Peter last year at the Fine Wine Fair in London where he was showing a range of his wines from Languedoc and was very proud of a Viognier from 30 year-old vines.

I made some apologies about not being a huge fan of Viognier, but Peter was very keen for me to try and so I did.

Viognier, to me, is something of a poor man's Chardonnay - it produces apricotty wines with Chardie's relative neutrality and affinity to oak, but somehow is generally never quite as good.

Peter's Viognier, from low-yielding vines, all hand-picked and aged in oak, was as good an example of a Viognier as I've had and technically well-made, but somehow rather underwhelming.

I was reminded of this tasting when I saw a recent post from Wine Doctor Chris Kissak reviewing a broad range of the Camplazens wines - he gives the 2008 Viognier a workman-like 14/20 and when we chatted, he explained he has rarely had an impressive Viognier from the Languedoc.

Viognier actually originates in the northern Rhône and is perhaps best known as the grape of Condrieu; it is something of a tricky grape to grow, being low-yielding and prone to mildew.

Adding further challenges, it also does not show its best until the vines are fully mature (15-20 years as a starting point) and needs to be picked at just the right level of ripeness.

A quick bit of research suggests there are two strains of Viognier - an an "Old World" strain, found in Condrieu, but also a "New World" strain which is found in the Languedoc and elsewhere, with the two strains producing distinctly different wines.

These two strains, identified by Remington Norman, may explain Chris' observation that Viognier from the Languedoc generally does not seem as good as that from Condrieu.