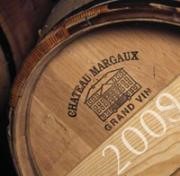 Yesterday, Jancis Robinson posted an article on the perhaps seemingly arcane issue of the timing of posting her tasting notes of en primeur Bordeaux.

For those not familiar with this process, en primeur or "wine futures", is a method of purchasing wines early while a vintage is still in a barrel, offering the customer the opportunity to invest in a particular wine before it is bottled (definition from Wikipedia).

Jancis' full article, along with comments from other eminent wine writers, is here, but the gist is encapsulated in this comment: "presumably [Bordeaux] château owners take notice of [the opinions of wine writers], and have been known to use any enthusiastic note and score to justify a hefty price. Stepping a long way back from the whole business of being a diligent reporter, I can see that I play a part in a process that really does not benefit the consumer."

Finally, Jancis ends with this; am I just wringing my wine-writing hands, or is there the germ of a sensible idea here?

My answer is "yes" to both questions. The issues to consider here are:

The wine critic visits Bordeaux, tastes samples and lets us know what he or she thinks, taking, I hope, all reasonable steps to maintain independence and judge the wine on its merits alone.

This means avoiding or at least disclosing any conflicts of interest (e.g. if you owned shares in any of the wineries or accepted excessive hospitality from a producer). It's also best practice to taste the wines blind, too, and perhaps even maintain some distance from the Chateaux.

However, for better or worse, Bordeaux has also become an investment vehicle in an unregulated market - this means that it is suitable for really experienced investors only.

Compare for example the scrutiny a quoted company has to go through to get its annual accounts signed off by independent auditors and released to the London Stock Exchange with a group of (esteemed) wine critics descending on Bordeaux and you'll see that the process, from an investor's perspective, is simply nowhere near as rigorous.

So, the problem here is not the role of the critic, it's that the market for en primeur Bordeaux is unregulated.

There then follows a blurring in the role of a wine critic - are you merely assessing the wines or could you be perceived as offering some investment advice ?

Jancis notes that, due to the influence of people like herself and Robert Parker, a favourable opinion has the potential to affect prices upwards ("château owners ... use any enthusiastic note and score to justify a hefty price").

However, if you have maintained your independence as outlined earlier, other people's subsequent second guessing of comments or use of scores to add a few extra (hundreds of) pounds to the price of a bottle is not something the wine critic can either be held accountable for or should feel the need to wring hands over.

Rather, if the rise in productivity in China brings about more Asian billionaires who want to invest in London property, luxury yachts and top Bordeaux, putting it out of the price bracket of "ordinary consumers", then that's the global free market economy for you.

However, supplies of top Bordeaux cannot increase due to limited vineyard area, so prices will simply continue to increase with world demand, and demand can be driven by the tides of fashion as much as by wine reviews.

So, the reviewer's role is as a critic of wine, not as an investment advisor; given this, it is important for critics to understand their role as merely commentating on wine, not influencing or attempting to prices - either upwards or downwards.

What the consumer needs is objectivity, honesty, transparency and information, not critics trying (naively, but for all the right reasons) to manipulate prices downwards for their supposed benefit. Moreover, investors need the same things, too - but from experienced investment advisers, not from wine critics who are not in the business of giving investment advice.

That is not to say that, once a price is established, a critic cannot or should not give an opinion on whether it represents good value for money; that is, offering an opinion about a wine's price-to-quality ratio right now but specifically not a forward-looking statement about the likely changes in its market value.

However, to address the specific concerns that Jancis raises about the Bordeaux market in general, I suggest those critics with influence should promote greater transparency and regulation in the en primeur market; a good place to start would be banning all cartel pricing (Jancis' comment that "Prices are eventually decided ... after long discussions between all parties involved" sounds like cartel pricing to me) and establishing a Chateaux Code of Conduct on en primeur tastings, pricing and selling in general.

What is really needed is someone with a legal or business background, who understands how markets work and need to be regulated but also understands the wine trade and has influence, to get involved.

The closest to this is former lawyer Robert Parker who makes something of a half-cocked response to this, essentially filing it under "too difficult to deal with": according to Jancis' article, Robert Parker is sympathetic but argues it's too late to change the status quo and that critics acting co-operatively would smack of 'collusion' - though admits it may be his lawyer's training kicking in. 'I prefer to remain independent of both the wine producers and the wine journalists....thanks for sending...', he signs off.