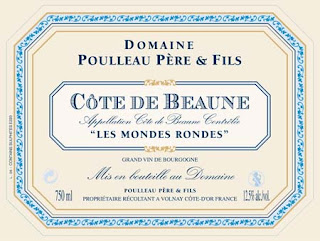 For me, this has been the year that I "got" many of the classics - that is to say, started to see what all the fuss is about with certain "classic" wines and why they command such significant prices when there are lots of other perfectly decent (and often more approachable) wines around costing a lot less.

All these superior wines have had something slightly elusive about them which rather defies explanation but which is lacking in perfectly decent wines costing a lot less - a Bordeaux with great texture or the length and yeastiness of a good Champagne; they have generally been French, but also Italian. 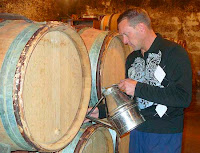 Perhaps the most elusive of all wines is Pinot Noir - in every sense, as good Pinot is neither easy to find nor cheap; plenty of places in the New World are having a go - Chile, New Zealand and California being just those that have had some reasonable success.

However, Pinot's spiritual home is Burgundy where it reaches it apotheosis on a thin limestone ridge just 50km in length; for historical reasons, average vineyard size here is tiny and that, along with Pinot's propensity to mutate explains the range of styles produced.

In many ways, Pinot is the antithesis of current trend in red wine for big, ripe, spicy, oaky pantechnicons; it's pale, soft, subtle and restrained - or at least it should be, as Pinot can be among the most disappointing of wines as well as the most exciting.

Wine experts talk of being bitten by the Pinot bug at some stage - I have been to a number of Pinot tastings recently and I can see why, for me, it has taken some time; Pinot's light, soft, subtle complexity is akin to the music of Mozart, and as a Romantic young teenager, I much preferred the strident bombast of Beethoven  before I eventually started to appreciate Salzburg's most famous son. 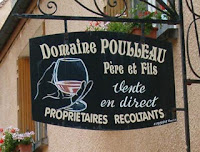 This Côte de Beaune is from Domaine Poulleau based in Volnay where winemaker Thierry Poulleau produces around 30,000 bottles each year from a number of appellations.

A member of the Association de Vignerons Patrimoine des Terroirs (an ethical group of independent winegrowers), Thierry's philosophy is a mixture of the old and the new, combining the tradition of terroir and savoire-faire handed down from previous generations with a focus on grape quality, restricting yields and wine-making technique.

The vines for this wine are 25 years old with the grapes hand-picked, the wine aged on its lees in oak with a secondary malolatic fermentation before a light filtration.

Bright ruby in the glass, it has a foresty nose of decaying wood and red fruits. Supple and balanced in the mouth it is light yet concentrated and rounded, with a balanced and mouthfilling texture, good structure and aromas of soft red fruits, vanilla and hints of spice.

It also has a rich savouriness that, again, is hard to define precisely, and a slightly rasping finish both of which make it a good match with food.

On first opening, most notable was the fruit on the nose and the acidity on the finish; with time in a decanter, it opened up becoming more complex and subtle, suggesting it will benefit from a few more years' aging.

Hugh Johnson once wrote in an early edition of his World Atlas of Wine that if Paris is the head of France and Bordeaux its heart, then Burgundy is its stomach - and this is a wine that certainly benefits from being matched with some appropriately noble Burgundian food; in this case, a brace of pheasants.

I wish I could say I shot and hung the birds myself, but the reality is more prosaic as they came from the local supermarket, one pre-stuffed and the other with bacon strips already laid over the breast.

Served with mash and a red-wine gravy spiced up with a couple of cloves and a touch of cinnamon, the perfume, ripe savoury fullness and acidity of the wine both matched and cut through the lean, gamey meat perfectly, playing a supporting role to the food, rather than dominating it.

It has also won a number of awards:

This wine on Wine Searcher - http://www.wine-searcher.com/find/poulleau+cote+beaune+mondes+rondes