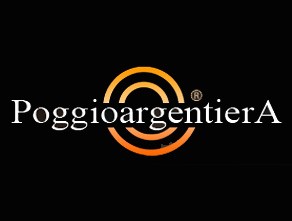 If Justine Keeling-Paglia is to be believed, she is living the dream. The ex-marketing manager, married to a former agronomist, is now half of the husband-and-wife team behind Poggio Argentiera, a winery barely 14 years old in southern Tuscany which produces a range of red, white and dessert wines, mainly from indigenous grape varieties, as well as olive oil. 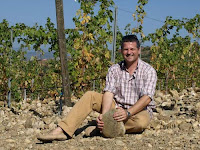 It sounds idyllic, but back in the real world, Justine explained to me, she had three children tummy upsets and a cellar manager with an injured knee after a car crash whilst husband GianPaolo, whom my neighbour described "intense, but very dishy, my dear" explained as part of his talk to the Cambridge Food and Wine Society, some of the headaches he faces as a wine-maker.

GianPaolo's approach to wine-making is thoroughly Old World, and very Italian; for him, wine is something to have as part of a meal, it should be complex, balanced and relatively low in alcohol with sufficient tannin and acidity to stand up to traditional Italian cuisine.

His attitude to the US as a potential export market is ambivalent to say the least - whilst acknowledging the sales potential, he finds the US approach of "bigger is better" (in relation to fruit and alcohol) and the idea of wine as a stand-alone beverage rather than as an accompaniment to food alien to his Italian principles.

And so to the wines - we started with two blends from the indigenous Ansonica and Vermentino grapes (the former being a relative of the Greek Roditis which I had tried for the first time at the Society's previous Greek tasting). The first wine was crisp and aromatic, the second a step-up with great structure.

Next came something a little unusual, an Ansonica fermented with the skins (a red-wine technique not generally used for whites), left on its lees whilst aging in concrete vats and bottled without filtration, it was full and smooth, but without the heaviness one might expect from something so markedly old-school.

Red wine in Tuscany generally equals Sangiovese, a grape I have historically struggled with - but GianPaolo's talk with his emphasis on wine as an accompaniment to food helped me make sense of it properly.

When matching food and wine, it is important to let one of the pairing dominate - for me, it is usually the wine that plays the lead role, with the food supporting. However, for an Italian, it is all about the food dominating, and suddenly Sangiovese makes sense - with high acidity, firm tannins and the sourness of cherries on the palate, it is not only needs food to go with it, but also plays a lesser, supporting role in the overall pairing; its relative lack of complexity is the very reason why it works as a support to food.

The first red of the evening was a Ciliegiolo (cheel-yeh-JOH-loh), a local variety related to Sangiovese with dark colour, ripe cherry fruit and a hint of spice. The next two reds were Sangiovese blends, the first clean and fresh from fermentation in stainless steel, the second a more rounded affair with added complexity from aging in oak.

The last of the dry reds was a "Super Tuscan" made from mainly French varieties (Alicante aka Grenache, Syrah and Cabernet Franc). Super Tuscan wines are made with international grape varieties not permitted under Italian DOC classification, and therefore can only be labelled with the lowest classification IGT (but not sadly, with a price tag to match). Named Finisterre, this rich full wine with notes of liquorice and chocolate, was not only my favourite of the evening, but also, apparently, the critics' as it has been awarded Tre Bicchiere by Gambero Rosso.

To finish, there was something a little unusual - a red dessert wine made from Alicante grapes left to dry out in the sun before fermentation; the first impression was of intense sweetness and dark forest fruits, but then followed by notes of liquorice, spices and dark chocolate.

To accompany the wines, we had some typical Italian antipasti - of which more shortly.

An explanantion of Gambero Rosso on Wikipedia - http://en.wikipedia.org/wiki/Gambero_Rosso