On Wine Apps and Asking for Advice 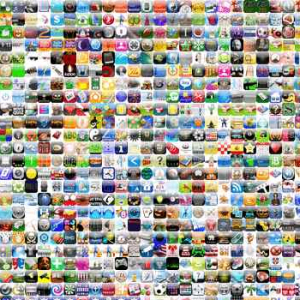 We seem to have fallen in love with Apps and to see the possibilities for them everywhere.

I am not a fan of gadgets generally, in part instilled by my grandmother's oft-repeated piece of northern folk-wisdom "Owt y' ave needs lookin' after".

So I watch with somewhat puzzled bemusement and a degree of incredulity at the plethora of wine Apps that seem to abound.

As a BlackBerry user, I can't download them to try and so it is impossible for me to comment on them in detail, but in any case I find the whole concept so flawed that I'm not sure critiquing the subtle distinctions between different Apps is really the heart of the matter.

I have had a number of twitter exchanges with bloggers and wine App producers on this subject and felt it was time to put down my thoughts in more than 140 characters - a lot more, as it turns out.

This piece was specifically prompted by an exchange I had yesterday with self-confessed techno-geek @quaffable, so Charles this is for you.

As a creative process, wine-making is more art than science - and therefore assessing wines is more artistic appreciation than scientific analysis.

There are many different aspects to a wine that one can consider and write about - the fruit flavours, the balance of sweetness, acidity and so on, the extraction and intensity, the texture and mouthfeel, the typicity and overall style even before we move on to the more impressionistic metaphors.

A lab scientist in a white coat is the only person in a position to provide us with a definitive, factual analysis of the various constituent parts of a wine that is completely measurable and standardised, and that currently does not happen on a regular, extensive basis - other than occasional notes on the acidity, alcohol level and residual sugar and periodic food safety checks presumably.

But even this is limited as there are different types of sugars and acids, which can be variously harsh, rounded, complex or thin.

So, to me, wine assessment is pretty much wholly subjective and when choosing a wine I generally put my trust in the palate of the person recommending it.

Writing a wine column on Cambridge's three independent wine merchants has taught me a lot about their palates or typical house-styles and given three of their typical wines blind, I reckon I could hazard a reasonable guess at where each one came from.

The wines are all from the same fairly narrow price range, from generally the same range of grape varieties and wine-producing countries.

All the wines have been very good so far and each month I struggle over which to select as a winner - it usually comes down to very slight differences in style or approachability.

And I can't help wondering how an App could tell me which of these wines I would like or prefer.

In the early days of this blog, I reviewed a lot of Laithwaites wines which, taken individually, I generally liked.

But after a couple of cases, I got bored of their predictability, emphasis on up-front fruit and lack of subtlety - can an app tell me that ?

Obviously a lot of people like those type of wines - why else would Laithwaites be in business - but if you know you like ripe, easy-drinking, fruit-driven wines, you don't need an App; you just need Laithwaites.

I have been wrong-foot or surprised by wines on several occasions - expecting a certain style and finding another.

A Loire Sauvignon from Cambridge Wine Merchants was minerally and intense, whilst one from Naked Wines was much more up-front with more fruit and less intensity.

Can an App tell me that two wines from the same grape and region are going to be very different ?

I don't generally like the very aromatic and floral white varieties such as Gewürztraminer, Muscat or Torrontés, but enjoyed a Gelber Muskateller from Austrian producer Tement because of the structural acidity, minerality and limited varietal aromatics - can an App tell me that ?

At a tasting of aged Mosel Rieslings with Cambridge Wine Merchants, I was very impressed with a couple of wines on the night, but took home some leftovers and found myself appreciating its subtlety and balance much more after finishing the bottle over several evenings.

Would an App have predicted that ?

We may all like the same wine for different reasons - for its up-front fruit, for its elegance and finesse or its structural underpinnings.

And as I have written elsewhere, we don't generally analyse the reasons why we like a wine in any detail - we just react to it positively, negatively or ambivalently.

Moreover, when asked consciously about why we like a wine, most people are likely to find their critical faculties diminished - in Malcolm Gladwell's superb phrase, asking people about jam turned them into jam idiots.

So, how is an App to take all the various bits of information about both a wine and our unconscious preferences and find something to recommend to us ?

There are said to be people who don't like Chardonnay but do like Chablis - they presumably associate Chardonnay with oversweet, overoaked Aussie versions and don't realise that its the same grape variety that makes the steely, minerally northern French wine, too.

So clearly my App has to distinguish between ripe, oaky Chardonnay and steely Chablis even to approach usefulness.

But can it distinguish between a steely cool-climate unoaked Aussie chardie and a ripe antipodean fruit-bomb ?

When I say what wines I like best, Austrian whites and red Bordeaux, I am using a shorthand to give you an idea and avoid a long lecture on the focused, rounded structural acidity and minerality of Wachau Rieslings from Austria, for example.

I don't like every Austrian white I've ever had and some rare examples have been very disappointing indeed.

So if I tell an App I like Austrian wines, will it know how to pick the good ones from the bad ?

Moreover, when I first tried good Austrian Riesling, it was love at first sip, even though I could not at the time put into words why I liked it so much.

Now that I have learnt some wine vocabulary, I could confidently type into an App the kind of well-structured, rounded, mouthfilling acidity, lime and white peach fruit and persistent minerality I am looking for in a good Riesling, but will it know that I generally find Australian Rieslings too lean and limey and know not to recommend them to me ?

As a long haired student two decades ago, I was on the cutting edge of cool - in the great explosion of grunge, dance, alt rock and metal that was the early 90s, my friends and I would eagerly await the next Nirvana, Metallica, Primal Scream, U2 or REM album to see if it was a work of greatness, recommending the best to each other (there was no such thing as ubiquitous free music on the internet in those days - in fact there wasn't even an internet to speak of).

By contrast, amazon's approach is simply to look at the albums you've bought by a band and suggest that you simply add everything else from their back catalogue into your trolley regardless of whether it is good or not which I do not find helpful at all.

Of far more use are the professionally written reviews which give a sense of what an album is like and whether it's one of the better ones - this is more akin to a wine review than an App.

So my reasons for not trusting apps are:

- we generally cannot say why we like a wine, and if we can we don't need an App to tell us

- wines from the same grape variety / blend, region and year can vary so much based on the wine-maker's approach that no App can yet achieve the level of sophistication to tell us whether we will like a steely Loire if we are used to Naked's more tropical one

- an App that limits itself to key varietal fruit characteristics or mere geographical indications, for example, is so limited as to be useless, in my opinion

Other considerations are that serendipity can be a great thing and sometimes you will come across a great wine that you did not expect to like.

By definition, of course, serendipity is not guaranteed and you will probably end up putting a lot of oenological frogs to your lips before you find eventually your bottled prince.

So it helps to have a reliable guide, someone who has tried the wine and really knows what it is like.

So, here I come to my main objection to apps; surely it is better to ask the sommelier or your local wine merchant for advice rather than a simplistic App that you downloaded for free - or even paid for.

Of course many people feel intimidated by the language of wine and the idea that you need to know the lingo.

For that reason, the unstaffed wine aisle of your local supermarket is a reassuringly anonymous place where no-one knows you are a wine novice.

But it also has an overwhelming range of styles from different grape varieties and countries which makes choosing an uphill task.

So, the appeal of Apps seems to have a logic for the enthusiastic but over-awed novice wondering where to start, but to me it is a solution to the wrong problem.

I have discovered so many new and interesting wines since I started blogging and attending trade tastings; I've spent a number of wonderful afternoons trying wines from all over Italy, Austria and Germany and really getting to know them.

I have spoken to producers, MWs and people with years of experience in the trade.

At restaurants, I typically ask the waiting staff for a recommendation - seeing and assessing their reaction is a good way to get a sense of how knowledgeable they are.

Ordering a duck main course at a restaurant recently, I asked for a suggestion expecting a Pinot but was given a Riesling - it proved to be a superb match as it had the body to stand up to the duck and the freshness to cut through the garlic and ginger jus that would have overpowered a Pinot.

That advice came from the waiting staff who knew the menu and knew the wines, not an App.

So a wine App - whilst it may be a bit of fun to show off to you mates and play around with - does not really seem to do anything properly useful to me.

My own solution is rather more straightforward, if somewhat old-school (a bit like me, to be honest) - if you want to be confident of drinking nice wines, learn about the subject, read a few books, go to some wine tastings, find a friendly merchant or retailer whose wines you generally like (we are very fortunate in Cambridge to have not just one but three excellent ones, I know) and just keep trying different wines.

Learn - and keep learning - what aspects of a wine it is that you like and then confidently ask the merchant or sommelier for what you like.

As a final tip, my favourite question is always to ask the person recommending - have you tried it, what's it like, do you like it, or some such variant.

Go on, don't be afraid - you might even end up putting your iPhone gadgety thing away and having an interesting conversation in the real world.