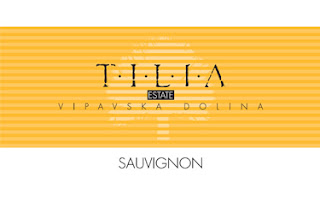 Many years ago, I lived in Vienna and spent a summer driving to and through next-door Slovenia on business.

Although technically a Slavic nation, the Slovenians always struck me more as forward-looking central Europeans than their Balkan neighbours in former Yugoslavia - little Austrians, you might almost call them.

This was long before Slovenia joined the European Union and swapped its Tolar for the Euro, but history seems to have shown this was pretty much the right assessment.

I'm sure life in Slovenia has changed hugely for the local population since I last visited - it is a small country with a population of just 2 million; it has 46km of Mediterranean coastline after Tito apparently decreed that all Yugoslav states should have at least some (Croatia gets the lion's share at 5,800 km, bisected by 26km of Bosnia's allocation).


My recollections of driving through Slovenia are that it is green and leafy with hills and farms - geographically, it borders Austria to the north and, as the picture of winemaker Matjaž Lemut below shows, they seem to share Austria's love of bucolic hillside farmhouses. 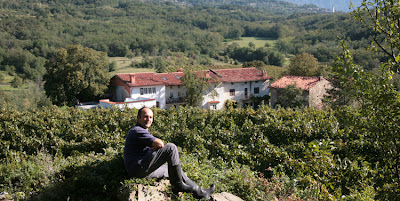 The geographic similarity to Austria is also relevant from an oenological perspective; this Tilia Sauvignon Blanc, although from the Vipava Valley in south west Slovenia, enjoys a similar terroir to the great crisp, dry Sauvignons of Styria - a high-altitude, fossil-shell ridge with a long growing season. So, as a fan of Austrian wines from Styria, I just had to try this one when I saw it on the Naked Wines site.

One of the handy features of the Naked Wines site is the opportunity to interact directly with the winemakers, so I dropped Matjaž a note asking for more details on his terroir; he explained that his vineyards - bordered by mountains to the north south and east - face north and south west, resulting in more freshness and aroma from the grapes.

The nose is flinty, a hint of terroir, with herbaceous verbena. The palate shows some ripe tropical fruit with a herbaceous edge and a typically linear acidic structure. There is good minerality and flinty gunsmoke on the finish

Being from the lower end of the high-altitude vineyards, it is not quite as intensely structured or piercingly crisp as some of Styrian wines I have had, but then it is not quite as challenging or as expensive, either. It has an ample fullness that balances the acidity and makes this a grown-up easy drinker.

It would work as an aperitif or with a starter of mozzarella, pesto and salad leaves. For mains, try matching with roast pork with rosemary.

The list price of £12.99 feels a little steep for such a relatively obscure wine; however Angels get 33% cashback.