Someone recently tweeted asking for opinions on Internet-only retailers; I responded to say I was unimpressed with Laithwaites but very impressed with Naked Wines' social media and business model.

To their credit, Laithwaites tweeted me back asking for feedback on where they could improve - my 140 characters' worth was that they have too many overly alcoholic, overripe, over sweet wines that all taste the same, but that some are alright, though.

Perhaps that sums it up adequately, but I felt moved to expand upon this pithy pronouncement as it is something I feel quite strongly about.

I first bought wine from Laithwaites just over two years ago - my existing stocks were running low and with no more foreign travel on the horizon, the opportunity to pick up some local stuff whilst abroad was remote.

So, I bought a Discovery case (now called The Seasons), heavily discounted from its list price, plus two mystery cases. Freebies thrown in with all that were a posh corkscrew, three bottles of a Rioja plus one extra red and white.

The paperwork that came with the cases included brochures showing characterful, rustic locals harvesting grapes against stunning backdrops and a promise that I would discover characterful wines with genuine personality.


For a while, I got fairly enthusiastic about the whole thing - lovely pictures that make you feel like you're there, well-written copy that enthuses and waxes lyrical about the wines; it was all very persuasive and believable.

Initial impressions were also fairly positive and I was impressed by my first two Spanish reds. 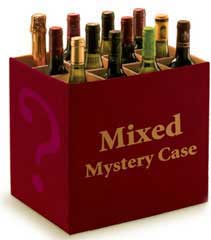 I worked my way through the Mystery case first, assuming the Discovery ones would be their best, flagship wines and therefore should be saved as the best for last.

The Mystery wines proved to be generally well-enough made, fruit-driven and pleasant. Some were rather good and only a few were disappointing.

But after two cases, I founded myself rather bored by their predictability - easy drinking ? Yes. Pleasant and fruity ? Yes. Interesting, quirky or challenging ? Well, no - not really. Did they inspire me to want to try more of the Laithwaites range - hardly.

So, I then moved on to the Discovery case and found an overly sweet Aussie red, a faulty Romanian Pinot Grigio and a thin Spanish Tempranillo amongst them.

To their credit, Laithwaites sent me a case of 10 wines under their Satisfaction Guarantee when I mentioned these and a couple of others I'd been disappointed with. But after sampling the replacements, I found I had no enthusiasm to try any more.

I also found myself increasingly disliking the over-baked, overly fruity style that seems to be a key feature of the reds, and wishing for a bit more subtlety, restraint and texture.

It's not as if Laithwaites wines are technically bad - it's just that they're all rather inoffensive and samey.

Taken individually, the wines are generally alright (apart from the overbaked reds) - as my reviews on this blog indicate. But the cumulative effect of so many inoffensive crowd-pleasers is a bit like hearing a catchy, summery pop song a few too many times; once the initial appeal and novelty have died away, with nothing more complex to provide interest, it becomes first boringly predictable and ultimately rather annoying.

After two sets of their supposedly flagship wines (the initial Discovery case plus the set of replacements), I couldn't even face complaining about any of the wines as clearly I would just be sent more of the same !

So, Laithwaites, as I see it, the problems are as follows:

- although your wines are generally ok-ish, they are not particularly interesting and after only a short while, they become boring and predictable.

- your reds in particular have a tendency to be overly alcoholic, overly fruity and overbaked; all nose and no palate.

- they are also quite expensive for what they are given they already include a case discount and I have to pay delivery on top.

- your main online competitor is doing a better job of sourcing more interesting wines and keeping customers involved; their offering is not too different from yours, but it's just that little bit better - in every area.

- yes, your customer service is impressive, but so what ? Your answer to anything is a money off-voucher to buy more of your wines. Which aren't that good.

- I no longer believe your marketing; your effusiveness rings hollow and feels false and overly contrived. I can see you not-so-subtly hiding the rabbit in the hat. 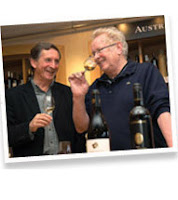 - Moreover, I don't buy into the whole avuncular-Tony-Laithwaite-Romantic-myth thing; I know you are, in your own words, " The world’s largest mail order wine merchant operating within marketing brands e.g. Laithwaites and Sunday Times Wine Club, also owns Averys, Virgin Wines and Warehouse Wines within the UK. Operates as Wall Street Journal Wine Club, Laithwaites and The Australian Wine Club internationally".

- I don't like your overselling; constant emails with special, time-limited offers just don't do it for me. It feels very pushy and American and makes me feel like your focus is much more on shifting units than on supplying "wines of real character" - as you like to say. And, I'm not the only one - see what CellarFella Simon Burnton has to say here.

- and whilst your initial special offers and freebies seem quite exciting at first, in practice, I know that I'm effectively having to pay for them through overinflated prices for subsequent purchases.

You have become like some dinosaur rock band, putting out one messy, confused, bloated and self-important album after another - you've lost the plot and forgotten what you used to be good at, even if you are commercially successful.

Why don't you go away, dream it all up again and come back with something new, quirky, exciting, intense, textured, varied and well-crafted? You need a decent come-back album.

Email ThisBlogThis!Share to TwitterShare to FacebookShare to Pinterest
Labels: Laithwaites