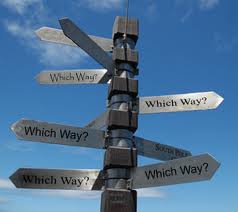 Austria, Australia and Portugal may seem like strange bedfellows, but recently I took part in a fascinating discussion with a number of fellow wine enthusiasts on where the Portuguese wine industry is going and made an off-the-cuff comment about Austria vs Australia as potential commercial models.

Apart from both beginning with "A", these two countries have little in common and now find themselves at opposite ends of a spectrum of possibilities for a country with a new wine industry.

What both do have in common is a history of wine-making and a re-invention of themselves in recent history; Australia's wine-making tradition goes back well over 100 years and it even has some of the oldest vines on the planet (in the Hunter Valley), but it was not really until the 1960s and '70s that the country made a conscious decision to become a mass-market wine-producing country.

By the 1980s, Australia had become synonymous with its well-made, easy-drinking, fruity wines, especially oaky Chardonnay and spicy Shiraz.

By contrast, Austria's wine-making traditions go back much further -many hundreds, if not thousands, of years - but its reinvention came even more recently, in the mid-1980s in the wake of the glycol scandal that to this day remains the reference point for the start of Austria's modern wine industry.

Like Bob Dylan going electric, the country re-invented itself almost overnight; hi-tech production techniques were brought in, fermentation was brought in-house where it could be properly controlled and monitored for probity and formerly semi-sweet wines became not just dry, but piercingly so in many cases.

So much for the history, but where are they now ?

Go to any supermarket, wine merchant or internet retailer and you are pretty much guaranteed to find a fairly wide range of Aussie wines, many of them at "everyday drinking" prices, heavily promoted, branded and discounted.

Most will display the grape variety prominently on the label and have a name that may or may not be indicative (or merely suggestive) of origin - Bin this or Creek that, for example.

Look on the back label or the information section of the website and you will see that many of them originate from somewhere within a vast generic area of Australia, such as South or South Eastern.

Australia pioneered the concept of varietalism - that is to say, the idea that a Merlot from down-under was made from the same grape variety as a right-bank Bordeaux.

It needed to do this in order to promote its wines and break down the Old World's monopoly of terroir. If there was a perception that an Australian red could never be as good as a claret, dear boy, the Aussies could now retort that, actually mate, this is the same grape variety.

The Australian commercial vision of its wine industry was all about volume - large quantities of wine, available worldwide, supported by heavy marketing spend and distribution through supermarkets, produced and sold by corporate behemoths with the size, ambition and aggression to carve out market share. A bit like Coca-Cola.

As to the wine itself, it was (and still is) in general technically well-made in a ripe, fruity, unchallenging, crowd-pleasing sort of way, but with little sense of origin. Again, a bit like Coca-Cola.

Austria, on the other hand, recognised it was never going to be a volume player because it simply is not big enough as a country - it is small to start off with and of what there is, 4/5ths is mountains.

In the face of the glycol scandal, the country sensibly opted for technical excellence and quality control, like Australia, but also maintained not just regional identity (Wachau wines are very different from Burgenland's and Styria's) but also stressed terroir and origin with labelling by individual vineyard for the very best wines.

However, what Austria notably has not done is to try and make their wines easy to understand for an overseas audience; the labels are not easy to read for Anglo-Saxons and whilst they usually at least note the grape variety on the front, it risks being either something slightly frightening and unfashionable like Riesling or a local name for a familiar grape - Austrian Grauburgunder is actually every pub's favourite, Pinot Grigio.

And who can pronounce Trockenbeerenauslese, let alone explain what it means ?

Perhaps it is only appropriate that the country that gave us Freud's analysis couch should be more inward-looking than a bunch of expats who may be only a generation from their European homeland.

In any case, try to find Austrian wines in the UK and, apart from a small number of specialist importers, you will generally struggle - you probably won't see it at the supermarket and even independent wine merchants may only have one or two examples stocked.

Austrian wines are also naturally at least a little challenging (it's why I love them so much) but the dry whites with their high, but balanced acidity and minerally full body make great food wines and the dessert wines are just superb.

They have not captured, and probably never will, the public's imagination and wallets in the way that New World chardie once did, but then that just means they do not have to fight it out with the supermarkets and the big wine companies for shelf space and distribution.

Rather, they are free to work on building a reputation amongst the kind of people who will spend over tenner as opposed to less than a fiver on a bottle of wine.

And whilst the country does not yet have the worldwide recognition of, say, top French regions like Bordeaux and Burgundy, basic economics tells you that if you have limited supplies of something popular, then prices will inevitably rise faster than for more plentiful goods. Barrels of Aussie Chardonnay, for example.

My experience of living and working amongst the Austrians is that they do not lack ambition, but rather like the Habsburg dynasty that ruled most of Europe for 600 years, they take a more sophisticated approach to expansion - strategic dynastic alliances via marriage rather than wars, for example.

So, volume and aggressive market share on the one hand, quality and aspirational pricing on the other; two very different models but a choice that faces many a New World wine industry trying to set out its own commercial vision; in Chile, just to give one example, Concha y Toro has shown us it can do volume and quality whilst Vina Undurraga is also showing that the country can do terroir, too.

For my part, I think Portugal needs to start by making the same clear distinction - more Mateus rosé-type plonk vs a quality-led approach - and that it stands the most chance of success by copying the Austrian model.

It has the basics in place for a decent wine industry - heritage and awareness (Port is a good start), a range of vineyards and appellations from Vinho Verde in the north to Lagos in the south, a slew of indigenous grapes (258, apparently) and a tourist industry that will enable people to become more familiar with its wines on holiday and then start asking for them back home.

But, at this stage, I have to say, I don't know personally what Portugal stands for or have much of a sense of its regionality. Whilst that's partly my own fault, it's also a reflection of the general lack of availability of the wines in the shops, tastings or, yes, commentary on the internet (or even wine books) to give a basic understanding and spark an interest to learn more.

What would it take to get me drinking Portuguese wines ? Assuming the country goes down the quality (rather than volume and price) route, then there needs to be something of a buzz around Portuguese wines, a reason to try them - and availability.

I would want to know the key characteristics of each region in the way I expect a Loire white to be crisp and herbaceous, a red Bordeaux to have texture and an Alsace white to be ripe yet dry.

Are they food wines - what is the local food they go with ? I have had any amount of wine from inland Spain with tapas at wine bars; where are the Portuguese equivalents ?

Or is it the case that, like Austria, the local cuisine does not particularly match the wines and they should be paired with something else ?

I need a mental map of the country and what it has to offer; this could come from other wine writers, my local wine merchant, gastropubs and restaurants or tastings.

Creating an image for your country's wines does not happen overnight - Austria has been making excellent wines now for decades and people still look at me in surprise when I give Austria as my favourite producer of wines rather than, say, Bordeaux or Burgundy.

But as I have noted above, Austria has not exactly courted an overseas audience - or at least has not been prepared to sacrifice its own sense of identity in doing so.

It requires something like the CIVB in Bordeaux or the BIVB in Burgundy, for example, to set out a marketing strategy and implement awareness-raising programs, identifying potential opinion leaders and supporters and secure distribution in the right channels (upmarket restaurants, not supermarkets).

Another country that has carved out a niche for itself as a new source of low-volume, high-quality wines with a sense of terroir is New Zealand; and with English as its mother tongue, it is easy to appeal to the international market.

Portugal would do well to have a look at that particular case study too, but that's a whole other story for another day.

Footnote (Feb 7, 2011): Portugal seems to be on a bit of a much-needed public relations roll at the moment, as this article from Jancis Robinson shows: