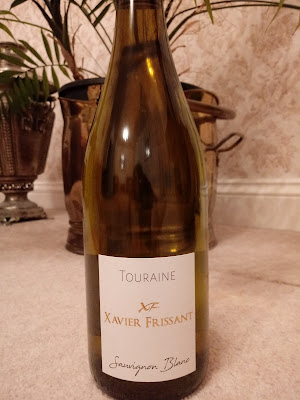 A flawless Loire Sauvignon from Xavier Frissant
There's an old in-joke about people saying how they don't like Chardonnay but they love Chablis. Today's equivalent would be not liking Sauvignon Blanc, but loving Loire whites. Yes this is a zippy SB; it's also a Loire. And it's lovely: minty aromatics and grapefruit citrus zest. Flawless.
There are two white wine grapes that it's OK for wine geeks not to like; one is the highly aromatic, oily Gewürztraminer. Sauvignon blanc is fast becoming the other.
Why so? In two words: New Zealand.
That expressive, aromatic, full-on kiwi style of Sauvignon originally pioneered by Cloudy Bay and now a signature style of Marlborough has been taken all around the world and copied by seemingly everyone with a few vines and some cool-climate white-grape terroir.
Zingy Sauvignon was where the wine world went after over-oaked Chardonnay. And just as Chardonnay's problem was that it became just too popular and turned into a pale imitation of itself in order to keep up with demand, the same risks happening to mainstream Sauvignon.
But step away from the pub whites and supermarket wine aisles and there are good, interesting Sauvignons worth seeking out.
For there are, of course, Sauvignons and Sauvignons; for every bandwagon-jumping, in-yer-face kiwi-copycat, there's a more considered, nuanced and complex Loire, white Bordeaux or even New World Sauvignon being made in a modern classical style.
What to look for? A good modern, cool-climate Sauvignon will almost certainly have those signature expressive aromatics but also a textured complexity and minerality.
This Loire Touraine Sauvignon comes from one of the better-value sub-region of the Loire; where Sancerre & Pouilly-Fumé have the cachet and command a premium, Touraine can produce well-made, inexpensive wines.
Xavier Frissant Touraine 2020
Xavier Frissant operates a 27 hectare vineyard, located south of the Loire, on the best slopes of the Municipality of Mosnes, just outside the beautiful town of Amboise. 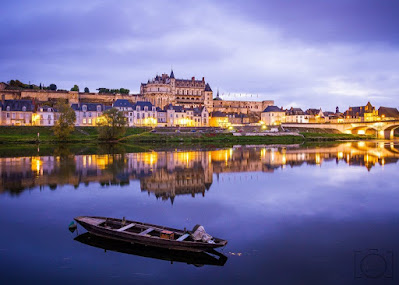 The vineyard is based in five different locations with two distinct terroirs:
- clay-siliceous soils, rich in flint; these are found on the plots of Les Frênes, Les Pierres and La Touche.
- loamy-sandy soils in Hauts-Noyers and Clos du Verger.
The wines labelled as AOC Touraine are 100% Sauvignon blanc and express the minerality of the terroir.
The plot for this wine is located on the southernmost edge of the vineyard in "les Pentes"; it is a stony cliffside with clay silica sand.
The wine is slowly vinified at low temperature which preserves to preserve aromatics; complexity comes from maturation on fine lees in stainless steel.
Xavier Frissant Touraine 2020 (£12, independents) minty, fresh and mineral with exotic fruits; zippy grapefruit and lime marmelade, green apples, stone fruit, and freshly cut grass with a leesy-creaminess and pronounced saline minerality. Adept, well-made, complex and flawless.
Good.
Fresh enough for an aperitif, match with goat's cheese or sea bass with asparagus risotto. Also, cold meats, moules marinière with cream, garlic and parsley, oysters, grilled fish.