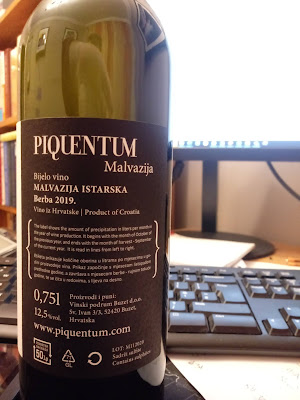 If you want to know who Dan Kirby is and what the bottleswap is all about, then check this out.

Assuming you are already familiar with the post-a-bottle-and-meet-up-online-to-guess arrangement, let me first mention my swappee.

Actually, I cannot say much about Alex Taylor except there are apparently too many of them in the wine trade to count and this one had last-minute parenting duties that meant he had to miss the event.

Winemaker at Tring Winery, his TL is full of light, delicate English wines, so I resisted the temptation to go with a hefty Big Red, narrowly avoided a clash with another pair of swappers who went for the quirky 2002 De Bortoli Dry Botrytis Semillon, and instead chose a sparkling rosé from English winery Hush Heath.

The wine I received from my swapper was a Piquentum Malvazija 2019, so clearly something a little unusual. 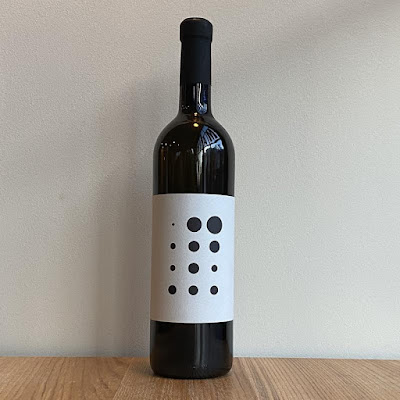 Initial thoughts were that the person had either done a lot of research on the sort of quirky stuff I like to explore, or happened to share my love of off-the-beaten track whites from corners of Europe.
On pouring, it proved to be an orange wine with (I later found out) three days' skin contact.
Piquentum Malvazija 2019 sandy onionskin in colour; aromas of wildflowers and misty sea minerals; apricot, hay, orange peel and creamy roasted nuts, baked apple and sweet spices; saline, complex and supple with a fresh, savouriness and a very long, full mid-palate.
Very Good.
A versatile wine, it acts as something of a canvas for other foods.
This, I decided, had been chosen by someone with more than just a routine enthusiasm for eclectic wines; it had to be someone in the trade with a flawless palate and an iconoclast's love of the bleeding edge. 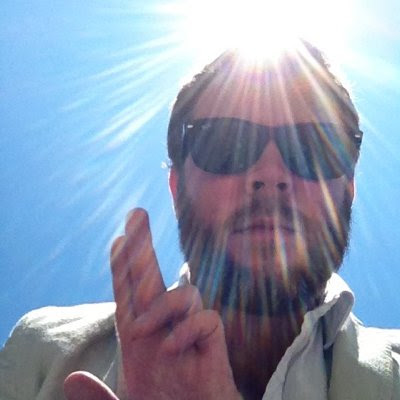 In short, it screamed "sommelier":
- obscure place and grape
- edgy style
- versatile, complex and food-friendly
- strong mid-palate
- sounds intimidating if you describe it but delicious when you try it
- almost too cool for school, but actually not
Inevitably, my swapper turned out to be donaldé, aka Donald Edwards, a man with a love of being back-lit, who channels serious Eddie Izzard vibes with a booming voice and sense of audience and shares my love of the possibilities of leftover cooking fats, as well as wines from Eastern Europe. Donald, who is sommelier at La Trompette and makes wine in Tokaj, explained that he lists around 700 wines, but will only add a wine if it is in some noticeable way different from a wine he already has.
He talked through the background of the wine, neatly summarised by Wayward Wines who stock it:
This is a tale of a son of a Frenchwoman and an Istrian father, growing native Croatian grapes and making them in an old Mussolini-era concrete water tank. Born in French Basque Country (Jurançon) in the foothills of the Pyrenees, Dimitri Brecevic studied oenology in France and then worked at Domaine de Chevalier in addition to working harvests in Australia, New Zealand, Bordeaux, and Burgundy.
In 2004 he decided to invest himself in his father’s homeland of Istria near the town of Buzet - formerly known as Piquentum in the time of the Ancient Romans. Istria is the largest peninsula in the Adriatic, Croatia’s westernmost region, and borders both Italy and Slovenia.
With only about 1750 square miles, over 280 miles are coastline with 35% covered with oak and pine forests. Indigenous grapes like Malvazija Istarska and Teran coupled with the mineral rich white and red karst soil all seem to echo the salinity of this pristine coastline and the pungency of its truffle-ridden interior.
Grapes are hand-picked and then slowly pressed into tank without temperature control. Since the winery is a converted concrete water tank, the temperature is a constant 10-11ºC all year long. Whist this is perfect for ageing, it is often too cold to get a native fermentation started.
Using fans to draw in the warmer outside air to around 14ºC, all of Dimitri’s wines complete a wild ferment without the use of added yeast, bacteria, enzymes, or any additives. After a long and slow fermentation without stalling fermentation or cold soaks, the wines are bottled unfiltered with just enough sulphur.
This particular wine has a relatively short maceration of 3 days, and some time in various sized barrels adds to its golden hue
The wine has aromas of wildflowers and misty sea minerals and is rich and rounded on the palate, with great texture. Medicinal, Mediterranean sage lingers somewhere in the background.
The twelve circles on the bottle label map the annual rainfall in the region over the year the wine was made, starting in October 2018 top left and finishing the month of harvest, September 2019 in the bottom right.

Email ThisBlogThis!Share to TwitterShare to FacebookShare to Pinterest
Labels: Croatia