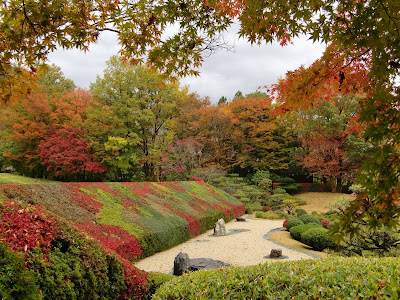 A Masterclass in Japanese wine with Sarah Abbott MW of Swirl Group
The Overview
Produced in tiny quantities, expensive to buy and yet fascinating, Japanese wine is akin to the best of Switzerland or Burgundy.
Japanese wines, like much in Japan, are not cheap, with some justification as the climate is harsh and production is generally on a very small scale. £15+ is entry level and nothing at this tasting was under £20.
The country is small and mountainous, its population prosperous, well-educated and sophisticated yet insular; Japan somewhat resembles Austria both geographically and as a consumer, buying quality over quantity; it is the world's 6th biggest importer by value, but the 10th by volume. 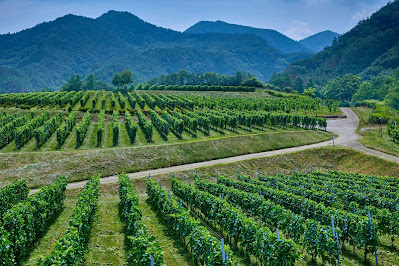 The Principles
Japan loves to combine tradition and modernity; its winemaking is hugely influenced by France, especially Burgundy (think elegance and delicacy, as well as price), yet it is also a significant importer of uber-cool Georgian qvevri wines.
Japanese wines are expensive when compared to New World countries, but better value when compared to the top Burgundies that they emulate.
A key feature of Japan’s approach is an absolute dedication to craft, combining a drive for technical mastery with a love of the possibilities of fermentation in both food and drinks. This interest is not limited to wine; on opening up to the outside world, Japan also sent emissaries to Scotland to learn the process of whisky-making.
However, with Japan there is always a contradiction; the country also has a reverence for nature. Mastery, with reverence.
The History
Although Japan has a rich and ancient culture of food and drink, Japanese wine culture is a relatively new and goes back little more than a hundred years. Japanese wine culture developed in the late 1800s during the Meiji dynasty after the opening up of Japan when the country rediscovered an interest in the rest of the world and sent out emissaries to bring back examples of local cultures that could be adopted there.
It now makes wine in 36 of the country’s 47 prefectures; it has a strong affinity for French oenology, but always in a very Japanese sort of way. 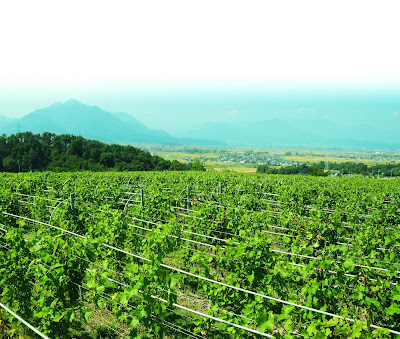 The Geography
Geographically, Japan is an extended archipelago of jagged mountains, experiencing winter snow and summer typhoons, wedged between China and Russia on one side with the Pacific Ocean on the other.
Japan’s main wine area is the prefecture of Yamanashi, just over an hour from Tokyo by bullet train; it is a wet climate with lots of rain by European standards but also lots of sunshine. Home to Mount Fuji it is on the tourist trail and highly visited.
Second in importance comes the cool, dry and more-continental Nagano and lastly the northerly island Hokkaido which is influenced by cold polar air but manages to avoid typhoons.
The Approach
The indigenous Koshu grape is made mostly in a traditional, classic style, but it starting to see some experimentation. By contrast, Hokkaido in the north is the centre of innovation; it is Japan's Oregon or Mornington Peninsula, a cool-climate location that attracts poets and visionaries. 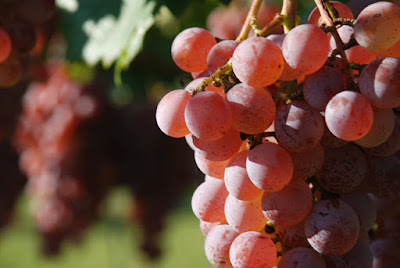 The Grapes
Koshu (indigenous) is the main white grape; Muscat Bailey A (a hybrid) the most common red grape.
Koshu has pink berries with thick skins and is 30% non-vinifera; it is believed to have entered Japan over 1,00 years ago from from the Caucasus and naturally crossed with an Asian variety from the Labrusca family. The thick skins protect the grapes during the heavy rains of ripening season. The vines are often trained high up on pergolas to improve air circulation and reduce humidity.
The distinguishing features of Koshu are fresh but rounded acidity with similar aromas to Sauvignon Blanc; it is most often made in an ultra-delicate, subtle, dry style with a sleek texture. However, a newer generation has learnt from natural wine approaches and is bringing more experimentation to the variety, such as using the skins to make orange wines. 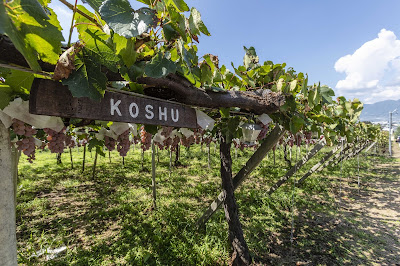 The Tasting
The wines were all accompanied by some high-end tuna and salmon sashimi, with seaweed salad, sushi ginger, wasabi and 2yo soy sauce from Fine Foods Direct, suppliers to the Japanese embassy in London.
All the wines here were elegant, pure and nuanced with a structured core; fruit quality and technical standards were high and they all benefitted from aeration, suggesting they will repay some cellaring.
Fizz 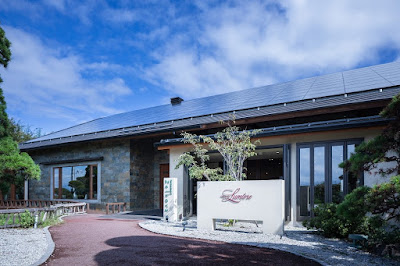 Lumiere Sparkling Koshu 2017 (Amathus Drinks, £35)
From one of the oldest wineries in Japan, founded in 1885 and run by the 5th generation. Japan was feudal until WWII and this was a land-owning family (the cellar is a listed monument). They buy in grapes from land gifted to farmers after end of feudalism.
Natural yeasts, Traditional Method, lees-aged for over a year. IWC Silver medal and Decanter Silver medal. Orchard fruits, soft, fruity and aromatic bouquet with overtones of citrus, peach and jasmine; clean, delicate and fresh yet not austere, a good match for Japanese cuisine.
Dry Whites - Koshu
Koshu Clareza 2019 Aruga Branca (Japan Food Express, £33)
A classic Koshu style, the winery was founded in 1937 and is now run by 3rd and 4th generations; they were originally silk merchants.
Fresh, aromatic and minty with white stone fruits; crisp, delicate and steely.
Grace Winery 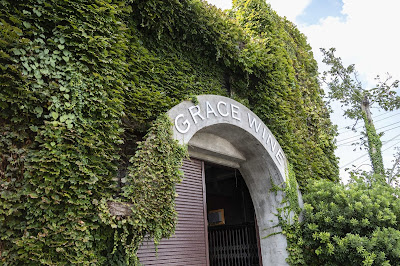 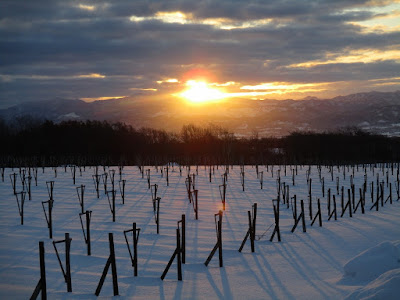 An island to north, it is much dryer, with no monsoon and stylistically more influenced by Germany; historically, the wines were more port-style sweetened wines. It used to be a massive market for imported grape-must fermented and bottled in Japan; the distinction between home-grown grapes and processe imported grapes was introduced only in 2004 and has since led to local wines being taken much more seriously.
Hokkaido has become much more dynamic since the 1970s; it grows not Koshu but German varieties; the weather is sub-arctic but there is a dry summer and autumn. It is a place for poets and visionaries, a centre for natural wine and Pinot Noir.
Hokkaido Wine Company
A cooperative founded in the 1970s.
Tazaki Vineyard Sauvignon Blanc 2018 (Hokkaido Wine Company, £24)
SB is new to Hokkaido. Smokey-toasty, musky, delicately aromatic with exotic spice and marzipan-almond, precise yet not austere, pure, clean fruit.
Tsurunuma Gewurtztraminer 2019 (Hokkaido Wine Company, £23)
Fresh and balanced, minty-herbal and highly aromatic with honeysuckle and sweet spices from extended pre-fermentation skin contact and a complex, savoury leesiness.
Nagano
Next-door to Yamanishi, where Yamanashi is pastoral and idyllic, Nagano is epic and on a grander scale; it is one of the driest parts of Japan, ringed by high mountains. Historically, it was all about hybrids and sweetened bulk wines.
Solaris Shinano Riesling Karakuchi 2019, Manns Wines (JFC International,  £24)
From a major producer (it is owned by Kikkoman), the Shinano Riesling grape is a cross of Riesling and Chardonnnay; the wine is fermented and aged in SS; fresh, aromatic, leesy and rich; precise floral, almost Viognier-esque with peach-apricotty fruit.
Solaris Shinshu Chardonnay Tarujikomi 2018, Manns Wines, (JFC International £30)
Cool-year Burgundian Chardonnay, low-yield vines fermented and aged in oak; fresh, very creamy with nutty almond, white stone fruits, citrus and herbal mintiness; savoury and complex with some brioche and spice. Focused and precise yet not austere.
Chateau Mercian Hokushin Left Bank Chardonnay Rivalis 2018 (Boutinot, £35)
Warmer-Burgundian; toasty oak (1/3rd new), riper fruit, more substantial; leesy, almondy; still delicate and floral with blossom. Well-balanced acidity, sleek, understated. Muscular and powerful yet understated, spicy savouriness does not overpower the fruit.
Lumiere Prestige Orange 2019 Chateau Lumiere (Amathus, £27)
Orange wine made from Koshu; fresh and structured, mineral and textured, bone dry, delicate and elegant, acidity without being astringent; orange peel, white tea tannins and bergamot, freshness, muscular grip, very fresh. Very food friendly.
Chateau Mercian Mariko Syrah 2017 (Boutinot, £35) peppery-minty with fragrant cherry fruit; pure aromatics with a muscular core; delicate yet complex and nuanced. 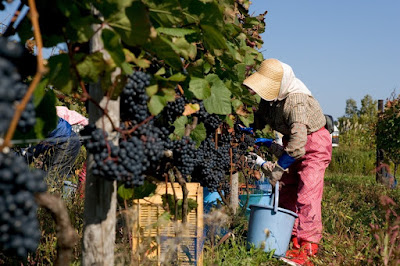 Email ThisBlogThis!Share to TwitterShare to FacebookShare to Pinterest
Labels: Asia/Pac