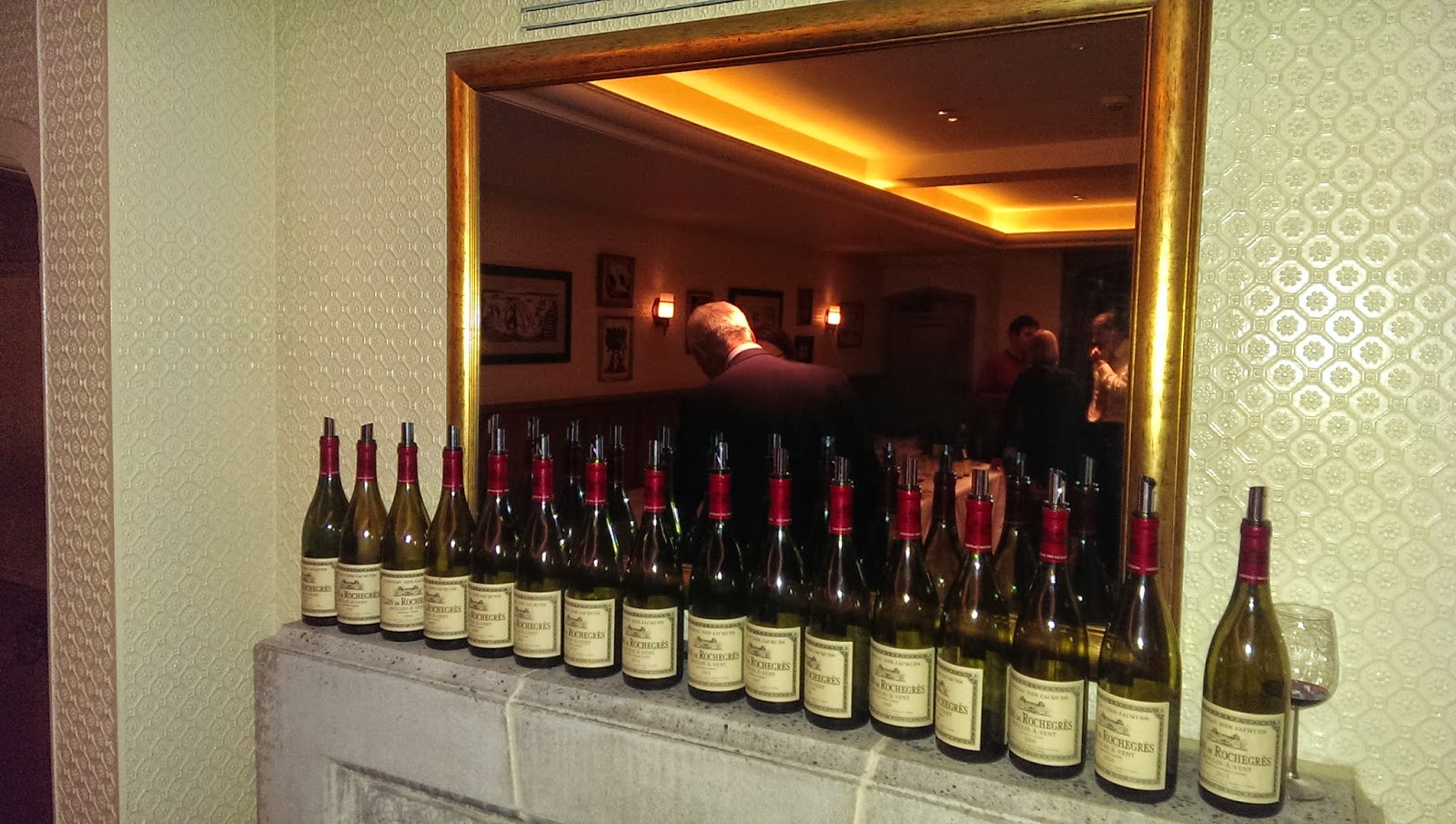 Beaujolais is a glugging wine for early drinking, right? Juicy and fresh, it is a simple pleasure not intended as a vin de garde.

Not according to Guillaume de Castelnau, winemaker at Chateau des Jacques, based in the cru village of Moulin a Vent, who believes that good cru Beaujolais is the equal of any top Burgundy with the same aging potential.

For Guillaume, the idea of Beaujolais as a young wine is an historical aberration - just as First Growths pull up the image of all Bordeaux, so he believes nouveau has pulled down all Beaujolais, and it's time to reverse that perception.

To test this theory out, we tried a range of Chateau des Jacques wines from Clos de Rochegres dating to the year of Back To The Future - which pretty much sums up Guillaume's winemaking  philosophy.

All the wines were elegant, precise and vibrant; the best were the most balanced - for me, these were the 2009 and 2010.

1997 cloudy, aged nose of woodsy earthiness, but again still vibrant on the palate

2013 from a cool year, there is rather less of everything here; tannins rather drying on the finish 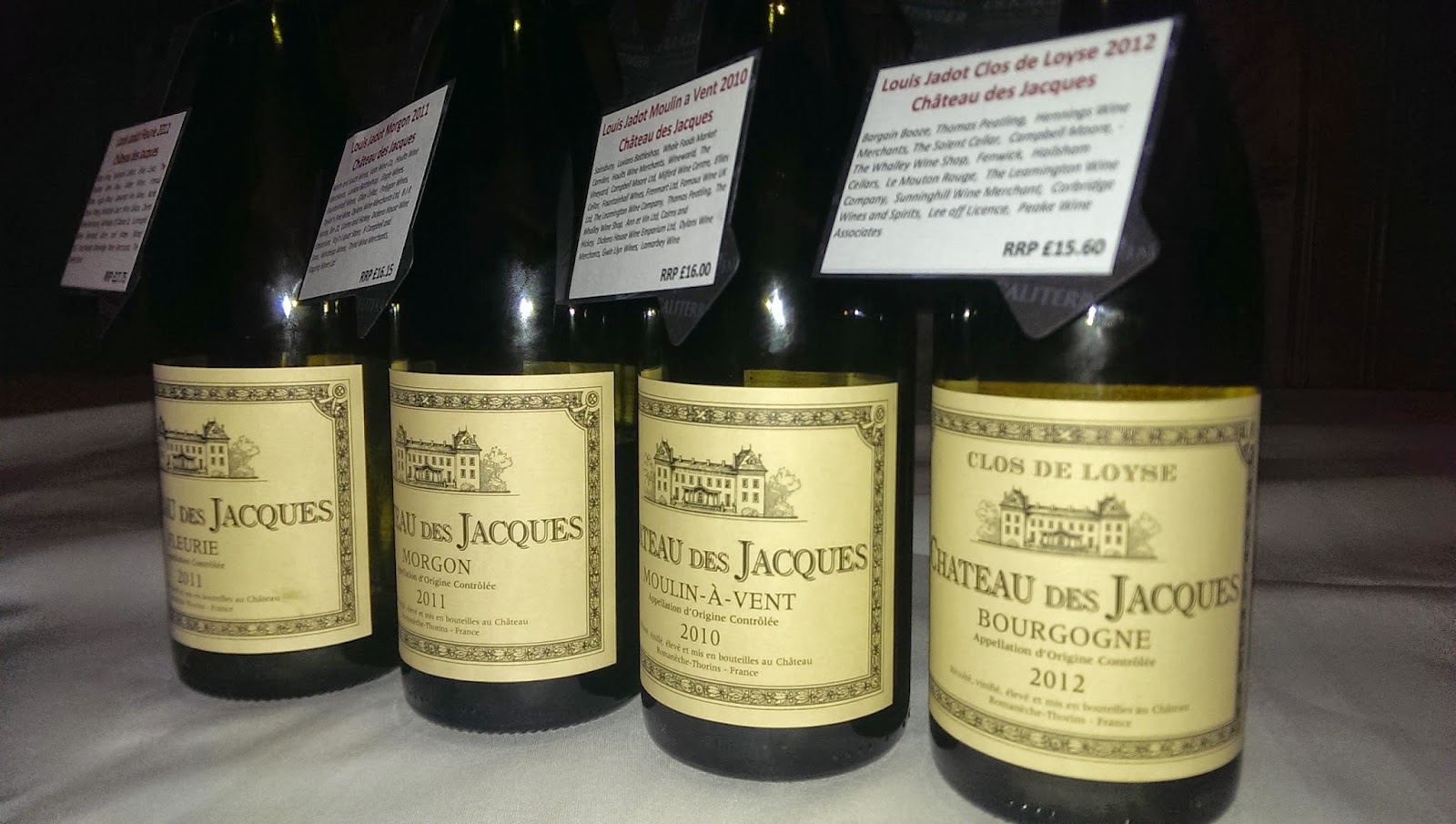 We also got to sample some of Chateau des Jacques' other wines: