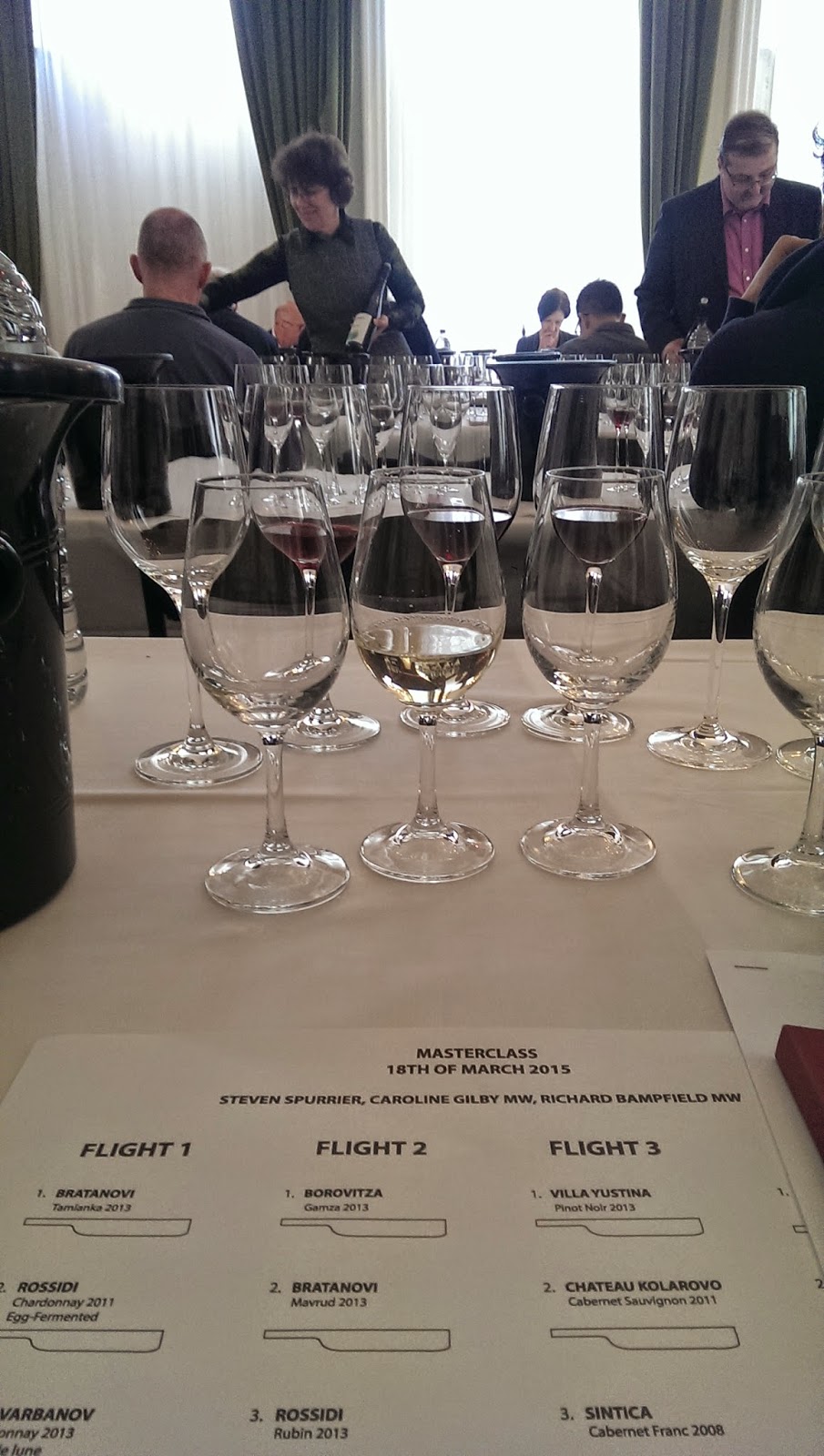 A tasting of Bulgarian wines at the Bulgarian embassy with Stephen Spurrier, Caroline Gilby MW, Richard Bampfield MW
Bulgaria has an oenological (as well as socio-political) history - plenty of it. Perhaps too much.
I won't dwell on it here.
To the question of whether it has a future or what that future might look like, the answer is unclear; it lacks a clarity of purpose, a definition. At the moment.
There is momentum, a direction of travel and important choices lie ahead.
It needs to develop a defining characteristic, a raison d'etre. It needs to stand for something and it needs something to stand for it.
In the words of Stephen Spurrier, there are three key hooks: brands, appellations and varieties - Bulgaria has none of these. Yet. 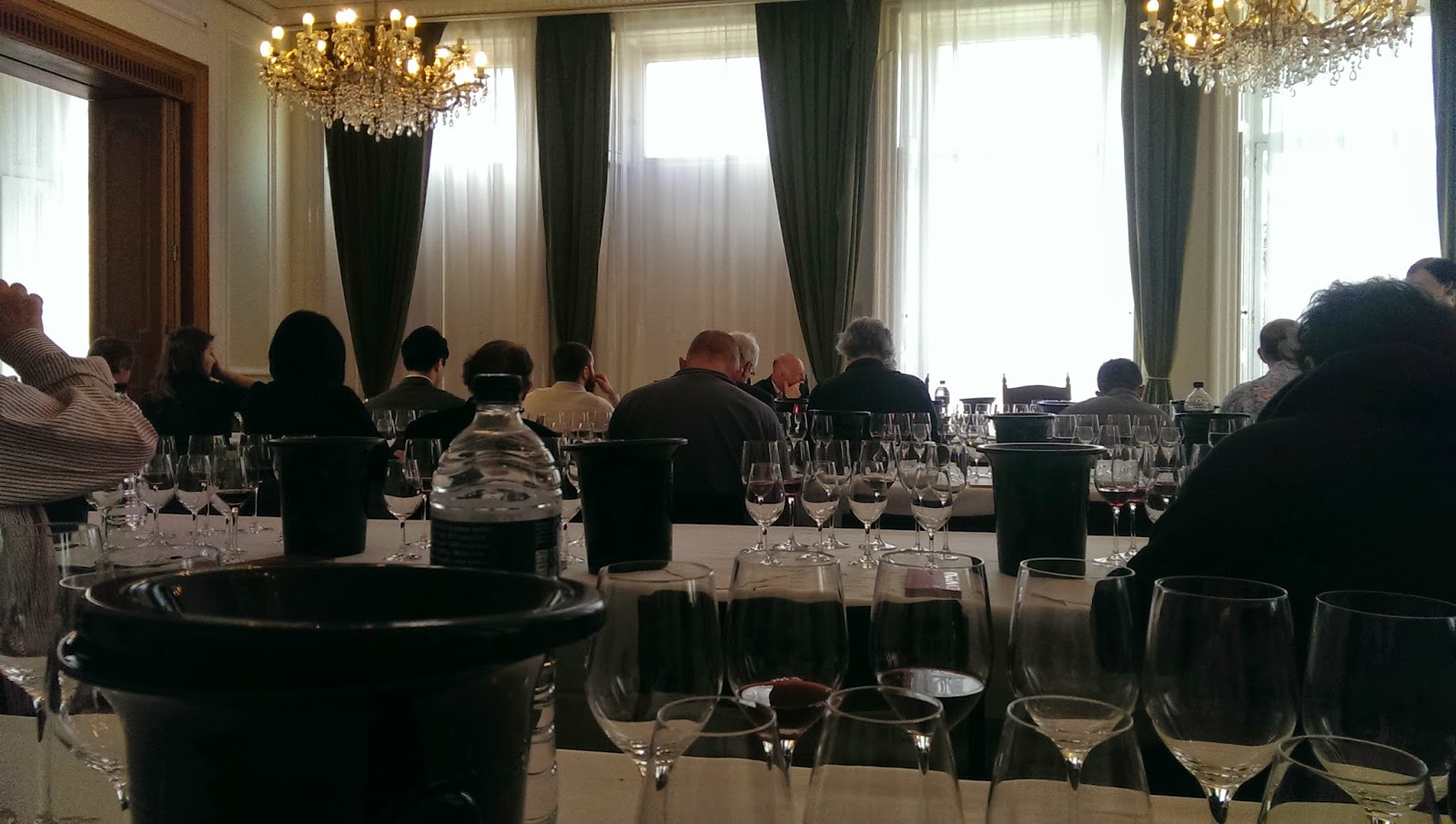 It is not without good wines - and this tasting showed that there is something to appeal to most people. But ask me to characterise Bulgarian wine and I would struggle, even after today's masterclass.
At best, one would have to say that it is a country in transition, building a food and drink culture and a sophisticated, cosmopolitan middle class to go with it.
With two MWs on the panel and (at least) two in the audience, this was a serious tasting; four flights, fourteen wines, whites, reds, indigenous, international and blends.
Overall, the wines I liked best were Burgundian - a deft Chardonnay, a Pinot/Barolo-esque Gamza, a New World-style Pinot, and an elegant, Swiss-influenced Bordeaux blend.

In general, tannin-management in the reds would be a consistent area to work on, but there was nary a bad wine here, as you might hope with an MW on selecting duties.

A couple of the reds had a cooked or dried fruit character, but it was all held in check by freshness. The one slightly bum note was a rather chunky Cab, included on the basis that they "had to have one". 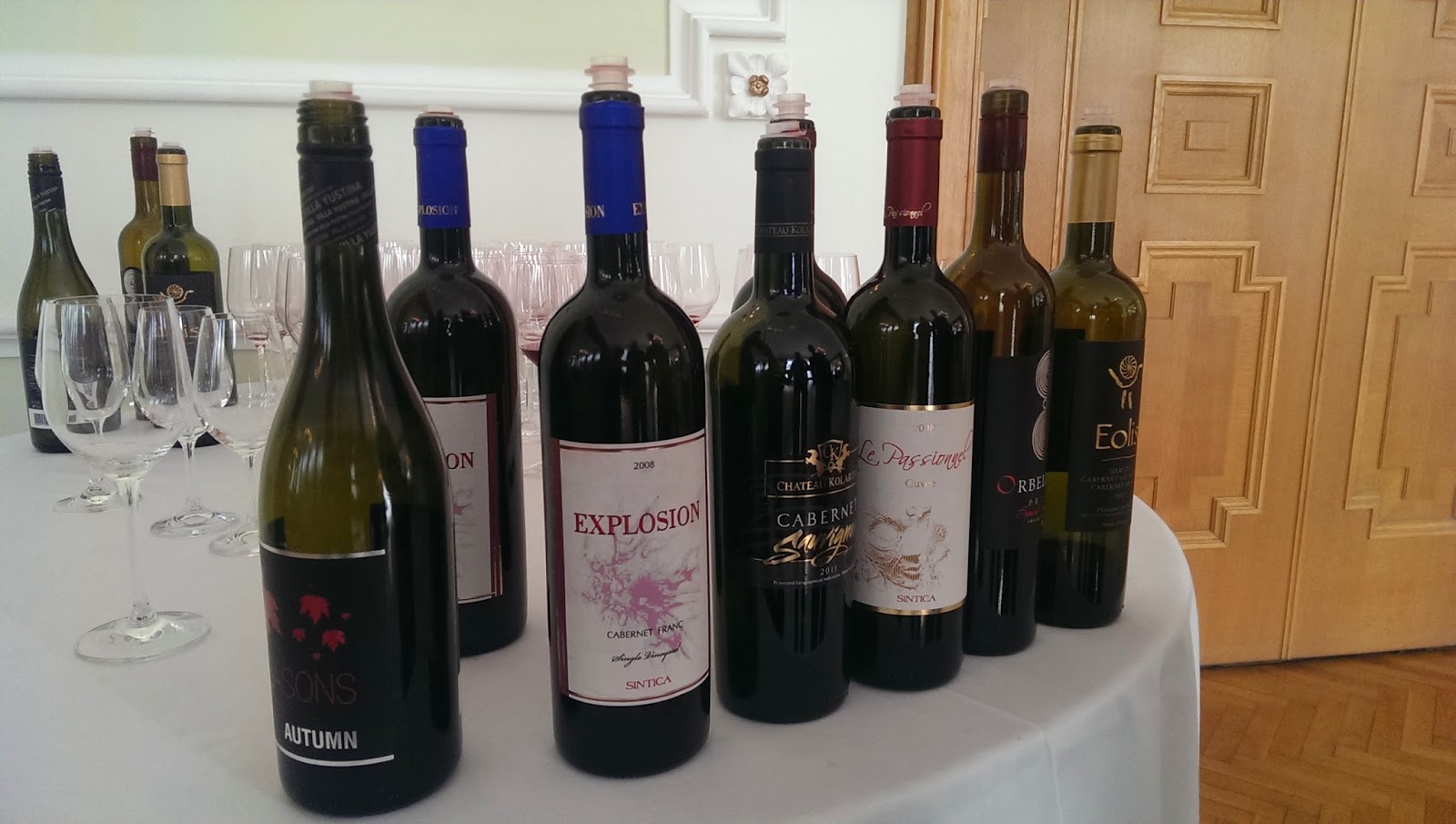 The revelation of the day was an orange wine - not a style I normally seek out, this was orange wine as a pleasing experience, rather than a style for the sake of it.
My top wines
White
Ivo Varbanov, Chardonnay 2013, Claire de Lune classic, textbook Burgundian Chardonnay, traditionally produced. Oaking is prominent now, but this will mellow with age.
Native red
Borovitza, Gamza 2013 known also Granny's Gamza, light, elegant and balanced with a juicy pepperiness; both Pinot-esque and Italianate
International red
Villa Yustina, Pinot Noir 2013 dark, black cherry with a fleshiness and a touch more warmth than a Burgundy, but good freshness. The winemaker trained in NZ and this shows an Otago-like influence.
Red blend
Eolis, Merlot/CS/CF 2009 Swiss family history influences, Bulgarian terroir and wine-making passion; boutique hand-crafted wine. Fresh, bright, precise and assured.
Other related articles
Greek Wines
Rare Grapes

Email ThisBlogThis!Share to TwitterShare to FacebookShare to Pinterest
Labels: Bulgaria