TV presenter Jeremy Clarkson once said "When you go out for a meal you never say - I know, let's go for a German !"

Like much of Clarkson's northern, schoolboy humour, there is a good degree of truth in what he says. Germanic food (as found in Germany, Austria, Switzerland, Czech Republic and Belgium) is typically heavy, stodgy and designed to be washed down with beer.

But as is also the case with Clarkson, it's too much of an oversimplification to stand up to any degree of proper scrutiny.

Whilst you may think of Spanish hams and Italian cheeses as classic wine-bar food, Austria's alpine regions have just as much to offer.

Kipferl claims to be London's only Austrian delicatessen, and I've certainly not seen any others. Owner Christian Malnig moved to London from the rolling hills of the Thermenregion an hour or so's drive south of Vienna in the mid-90s.

Predictably, perhaps, a girl was involved - perhaps equally inevitably, she wasn't the girl that he ended up settling down with.

Stepping into Kipferl, located between the Barbican and Smithfield Market, is like being transported to a little corner of Austria; there is a "Netzplan" of the Vienna U-Bahn on the wall, the shelves are stocked with Austrian wines, lebkuechen spiced biscuits, Tyrolean salamis, Almdudler and Stiegl beer whilst the deli counter has a range of Austrian cakes and biscuits as well as cheese from Vorarlberg.

Perhaps the only non-Austrian aspect of the place is that it lacks the down-at-heel, shabbily aristocratic gemütlichkeit of a true Viennese kaffeehaus, such as Hawelka.

I asked Christian to make up a range of wine-friendly food to serve at a German tasting I was organising for the Cambridge Food and Wine Society and agreed to meet him at the end of hours the day before.

Catching up, he told me that coffee shop was now the most successful part of the business, but that his regular wine tastings are now over-subscribed. As a result of both of these, he is moving the shop to a larger premises in Angel in the new year.

The food included was a mixture of breads and, with the box beside me on the train on the way back up to Cambridge, the rich aroma of dark rye bread kept wafting up.

Christian provided some classic wine-bar fare - with a Germanic twist - which went superbly with the wines; there were three sliced meats, a classic cured salami, a ham sausage and some pork with carraway seeds, an air-dried Tyrolean salami and an aged hard cheese, with a rind, reminiscent of an Appenzeller.

As well as the richly aromatic rye bread, there were plain white, mixed-seed and sunflower seed loaves. For dipping, Christian had provided something quite unusual, if not unique - Styrian pumpkin-seed oil.

Suspiciously dark green in colour, it looks like some kind of Hallowe'en potion and tastes equally enchanting - rich, nutty, toasty and herbaceous.

And to go with the dessert wines we would be having, there were homemade biscuits and Austrian chocolate which, with my new-found chocolate knowledge from a recent tasting, I recognised as superior with the beans coming from South America.

As I have written previously, Austria has been quietly reinventing itself, going from a sleepy and much slimmed-down former empire, to a vibrant and lively country that just happens to have ruled most of Europe for many centuries.

Nowadays, any restaurant with a wine list that aspires to be serious needs to have at least one Austrian wine on the list.

However, given that more than a decade after opening, Kipferl remains London's only Austrian deli, it seems that the take-up of Austrian meats, cheese, breads is proceeding more slowly than that of its wines.

For the moment, then, those of us in the know will continue to head for a small shop opposite Smithfield market and wonder why more people don't do the same. 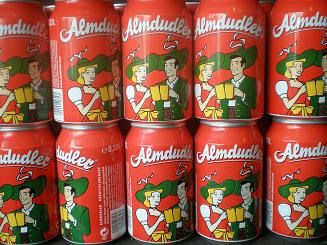 A mixed assortment of buffet food for 25 people costs around £100 from Kipferl.