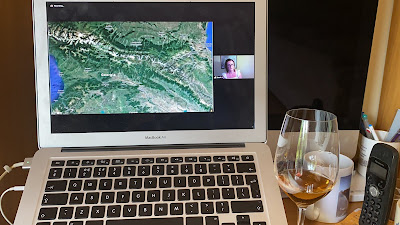 A masterclass in Georgian wines with Sarah Abbott MW for Georgian Wine UK
Georgia has a long history and is full of culture but has had to re-invent its wine culture since independence from the Soviet Union in 1991, making it both dynamic and diverse with a rich heritage.

A small country of just 4 million people, physically it is the same size as Scotland, surrounded by much larger neighbours and forms a land bridge between the Black Sea and the Caspian Sea.

On a southerly, sub-tropical latitude, temperatures are moderated by the effects of the Black Sea to the East and shielded from cold air by the Caucasus Mountains to the North.

Georgia's continued existence in the midst of larger, sometimes aggressive empires is a testament to the sheer resilience of its people and their strong sense of identity; it is one the cradles of civilisation and one of the earliest Christian nations. 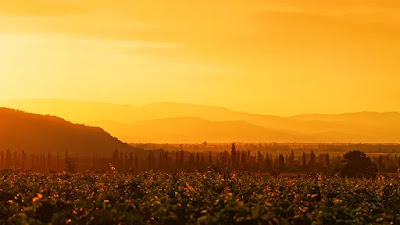 Climatically, the East is warmed by air from Iran whereas the West Coast is sub-tropical with a warm, benign, year-round climate with high humidity and high average annual temperatures of around 20C. Inland, the altitude of the mountains brings a more varied climate and this diversity is what has attracted potential conquerors over the centuries.

The vineyards can be at elevations of 400m to 700m+; historically, many of the (better) higher-altitude vineyards were abandoned under the Soviet regime, with its focus on low-cost quantity over quality. 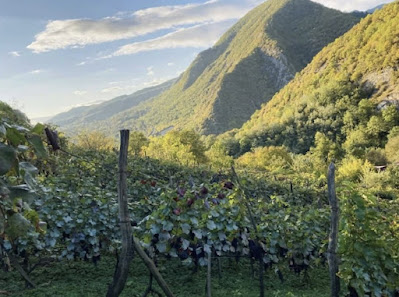 Kakheti in the South East corner, one of the warmest, sunniest, driest areas and accounts for almost 3/4 of all wines, which tend to be bigger, riper and more full-bodied

Kartli a breezy region in the middle of the country, an increasingly important region, the wines here are more aromatic

Imereti home to the former capital of Georgia and a major tourist destination, it has a long history and culture; more cut-off than Kakheti, it was less influenced by Soviet collective practices and now has a large number of small boutique wineries in a patchwork of highly-fragmented smallholdings that survived through the Soviet period due to its remoteness; parcels of rarer varieties and old vines

Racha and Lechkuni two beautiful emerging areas, high up in the foothills of the Caucasus, they specialise in bright mountain reds with a unique nervy, scented style; Racha is a national park

Meskheti on the Turkish border and historically occupied by the Ottomans, it has an interrupted history of winemaking

Guria sub-tropical and hazy-humid with mountains rising from the sea, the vineyards are at altitude and grapes picked as late as November but still maintain acidity; wine here is a monastic tradition 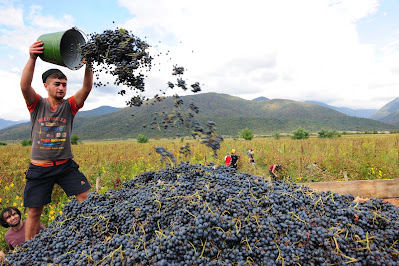 Rkatsiteli (white) a useful workhorse, 60% of total harvest; noble if well-treated; indigenous to Georgia with thick skins producing plentiful tannins; tangy and vigorous with aging potential - can be made into crisp dry, oaked and amber wines

Saperavi (red) 30% of harvest, indigenous, drought tolerant vines; produces wines with full body, rich tannins, high acidity and an intense ruby colour due to flesh being red as well as the skins; genetically unstable and responds to terroir like Pinot Noir or Nebbiolo; can be made in bolder or more elegant styles; can be fermented in classical European stainless steel or traditional Georgian qvevri

The remaining 10% consists of over 500 endemic grape varieties of which over 400 are kept in collections and around 30 are in use commercially.

The level of indigenous grape diversity is on a par with countries such as Portugal. Italy and Greece; however, Georgian vines do not yet appear to have any relation to other families of vines in Asia or Western Europe.

Email ThisBlogThis!Share to TwitterShare to FacebookShare to Pinterest
Labels: Georgia