It Was Twenty (Five) Years Ago Today‏ 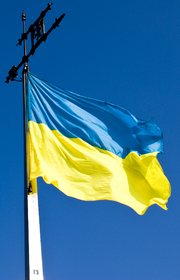 Twenty five years ago today, the Berlin Wall came down. I was six weeks into my first year of Russian Studies and it was a febrile time: protests in Eastern Europe were changing the geopolitical landscape; those in Tienanman Square were resulting in crackdown.
At home, we had a housing crash, recession and an embattled leader who had spent too long in power.
The world was becoming grungey - and grunge was set to take over the world, even if it didn't yet know it.
In the battle for global superiority, the US had resolved to confront the USSR head-on with an arms race to bankrupt the Soviet Union.
Their response was Gorbachev - the most pragmatic and charismatic leader we had ever seen from Eastern Europe.
As a callow, rebellious and therefore left-sympathising teenager, I was in awe of the way Gorbachev was taking the game to the West and seeming to come out on top; naively, I found the harsh blend of realpolitik, self-righteousness and hard-headed assertiveness of the Thatcher-Reagan Transatlantic Alliance rather distasteful.
When state after Eastern European state rejected communism with impunity from Moscow, we rejoiced vicariously, patronisingly.
When Ukraine became an independent country, we barely noticed and mostly still referred to it as "the Ukraine", implicitly believing it to be some sort of little Russian province. We knew nothing about the student protests in Kyiv that had led to an independence that ultimately caused the collapse of the Soviet Union.

As Democracy seemed to come to Russia, vodka seemed to get the better of Boris Yeltsin, the hero of the anti-Gorbachyov coup who, standing on a tank, had faced up to the would-be coup plotters.
Russia's economy swung from growth to recession on a regular basis against a background of privatisation, crony capitalism and a currency crisis.
For my part, I always seemed to just miss out on the party. By the time I'd got my professional qualification, the expats had been recalled from Moscow and there were no plum jobs going there for newly-qualified accountants.
Instead, I was sent in to tidy up the hangover party - firstly with a global soft-drinks company who had over-invested as part of a trade war against the incumbent "blue" rival (Pepsi, being the underdog of the two, had been more politically acceptable in Eastern Europe than the brashly American Coke - and more than happy to do a deal).
Later, I spent five years at an ad agency's regional office closing down loss-making businesses in peripheral Eastern European countries whose economies never quite made it, then doing deals to add to the marginal businesses we owned in the bigger markets.
This included signing up a Russian business in Moscow; firstly a non-equity licensing deal, later an ownership stake and finally full control.
I watched with approval as Moscow seemed to become more cosmopolitan and middle class, relying on the age-old principle that an aspirant middle class inevitably demands democracy and the rule of law; in this context, the arrest of Mikhail Khodorkovsky and the exile of various oligarchs seemed like little more than speed bumps in the uneven road to western norms.
Like many, I suspect, I did not pay enough attention to the background of arrests, poisonings and invasions that gave the lie to the idea that Russia was turning into a well-behaved country.
In early 2014, I watched aghast first at the Russian annexation of Crimea and then at the subsequent hybrid war in eastern Ukraine; the isolated incidents had been one thing - the settling of a few old scores, perhaps the odd excess - but Russia had guaranteed Ukraine's territorial integrity in numerous international treaties in return for the country giving up what was at the time the third largest nuclear arsenal in the world.
Moreover, the US and UK had been signatories to those same treaties guaranteeing Ukrainian independence and territorial integrity. It could surely be only a matter of time before actions were taken to put right the wrong.
Instead, there was rhetoric, the shuffling of ministerial papers and feet and finally a few sanctions that may or may not prove effective in time; the dependence on cheap Russian gas surely cooled any heads intent on swift, decisive action.
And so, 25 years on from the fall of the Berlin Wall, 100 years on from the start of the first world war, on Remembrance Day 2014, I remember the dead, displaced and threatened of Ukraine and hope for a restoration of peace, prosperity and democracy to that much fought-over borderland country where I spent a year of my life and to which I am still bound.

Other related articles
It Was Twenty Years Ago Today
Kicking The Kremlin
Image credit: http://en.wikipedia.org/wiki/Symbols_of_Ukraine#mediaviewer/File:UkraineFlag.png