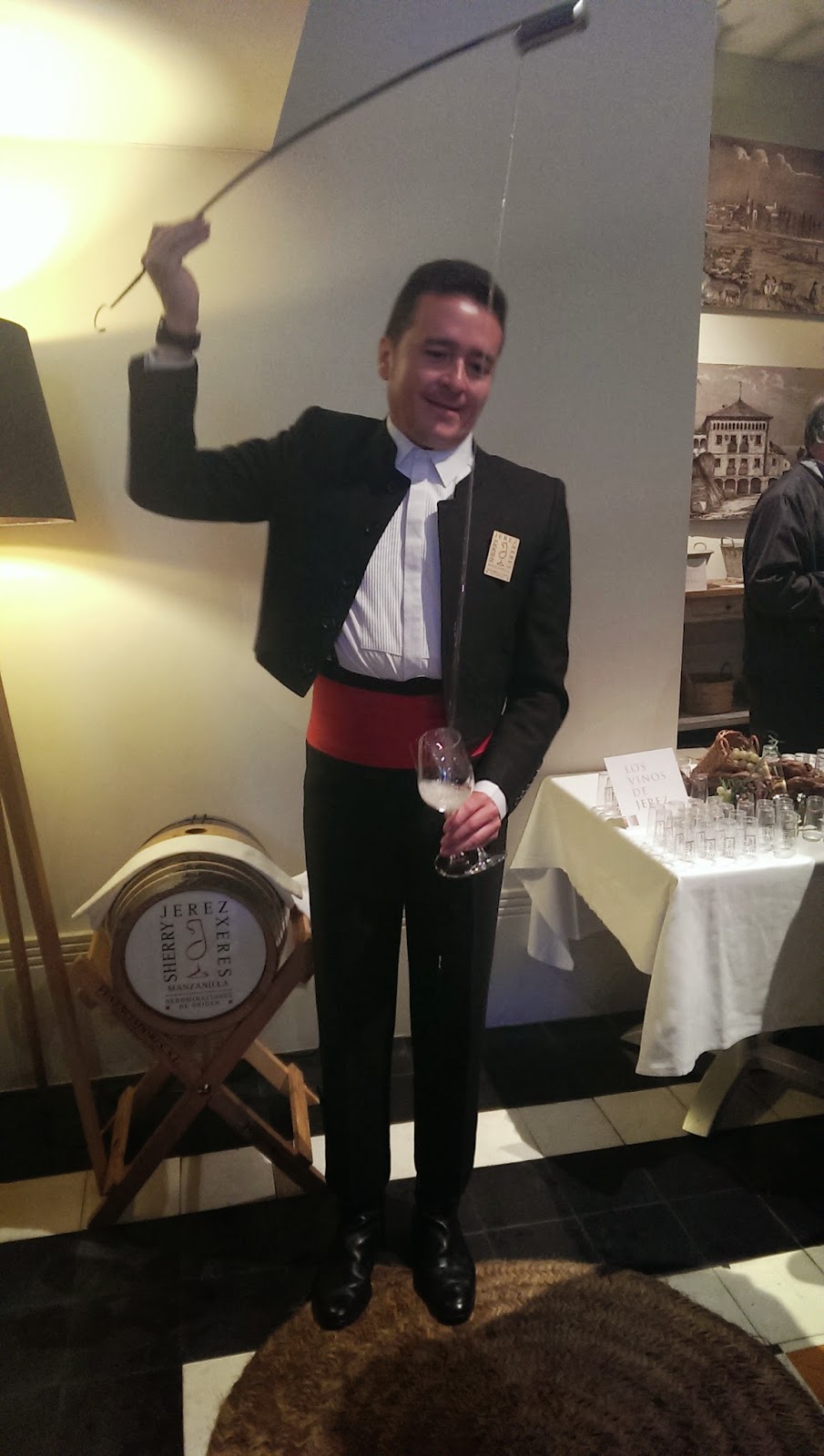 A sherry masterclass with Beltran Domecq followed by a tuna and sherry dinner at Hispania for International Sherry Week, organised by the Sherry Institute

The line-up of sherries from lightest to darkest and sweetest - unusually, we also get to try the base wine (far left); a first for me. 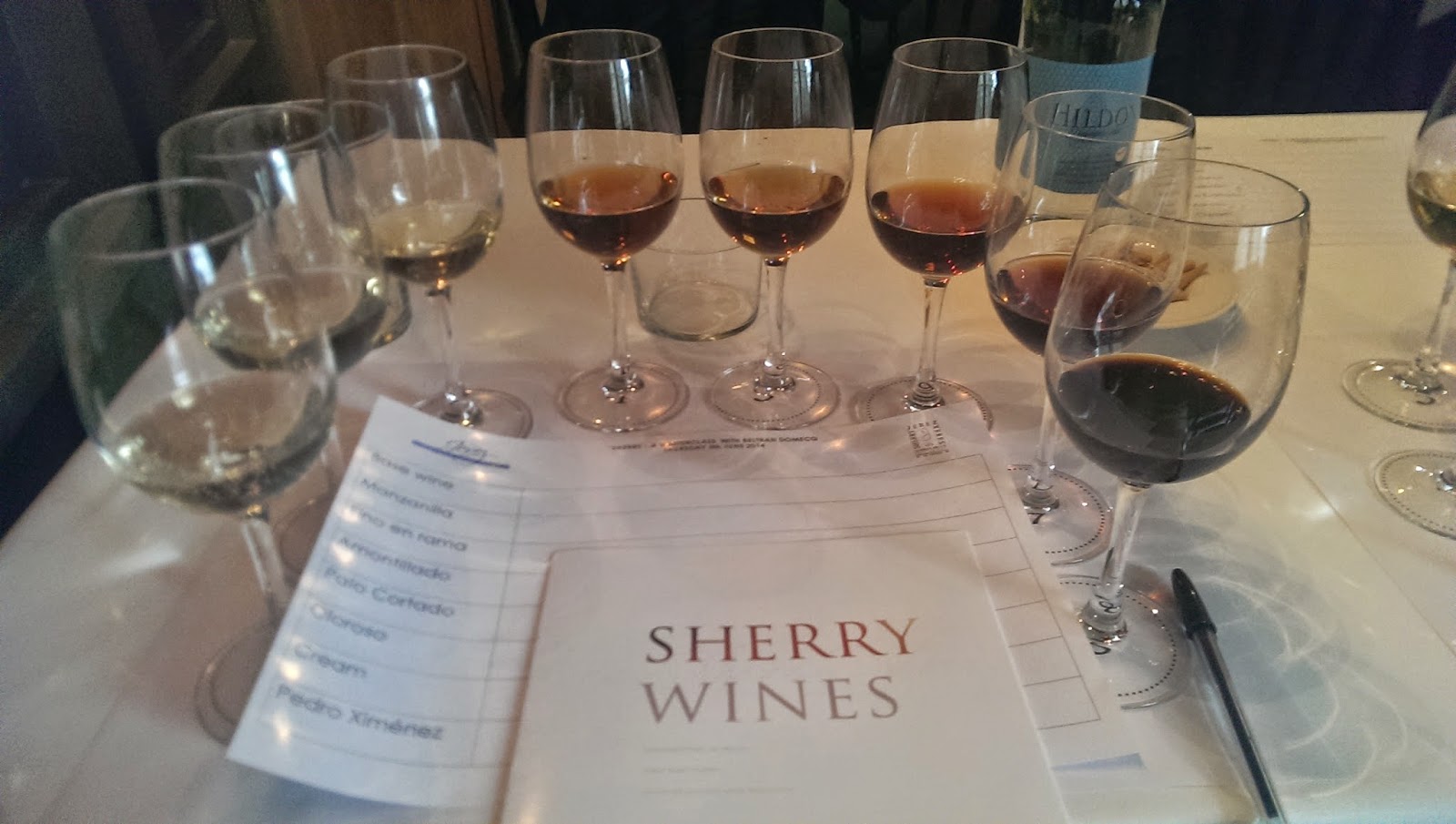 It is simple, pleasant and lemony - an inoffensive and instantly forgettable wine. I'm glad they discovered a way to turn it into sherry.

The menu - various combinations of sherry and tuna. 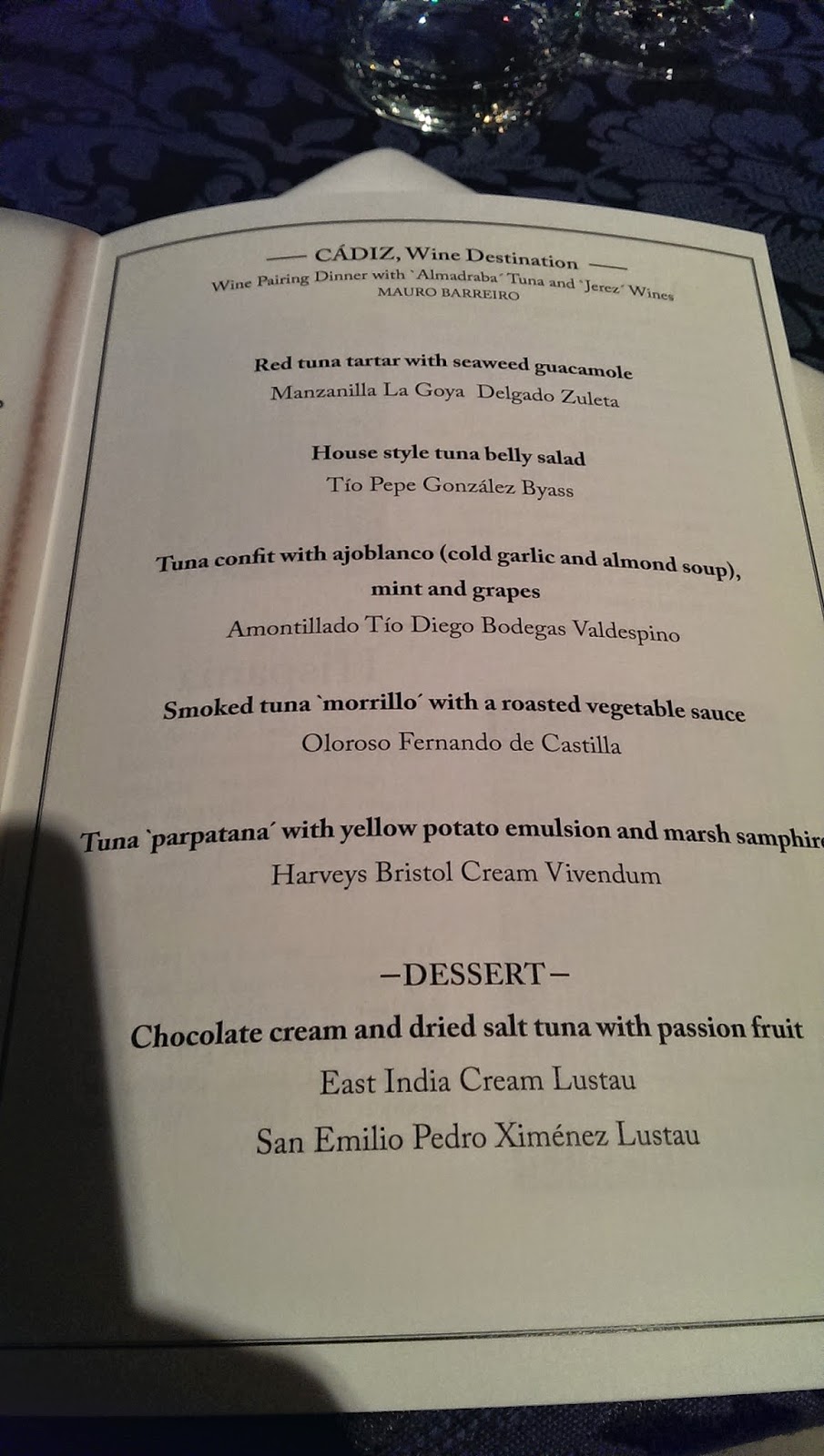 If sherry is the drink that is synonymous with this part of Spain, tuna is the food equivalent; Almadraba is the traditional Mediterranean art of fishing Atlantic bluefin tuna using nets - it dates back over 2,000 years and selects only the largest examples.

The sherries include an en rama fino - an unfiltered bottling intended to be consumed within a few months of purchase. 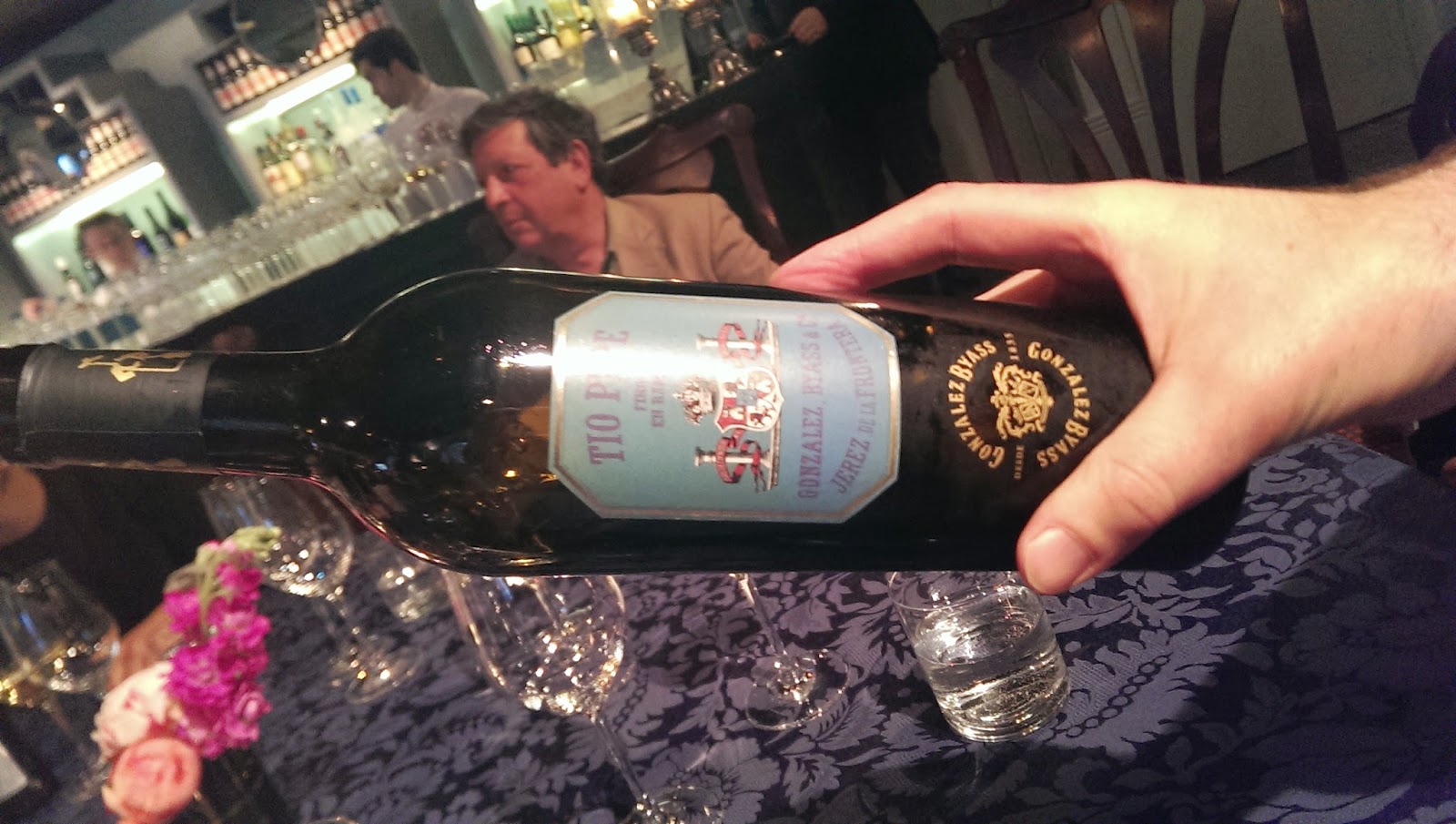 Between the Masterclass and the dinner, we are served sherry the traditional way - accompanied by roasted almonds, manchego cheese and cured tuna slices. 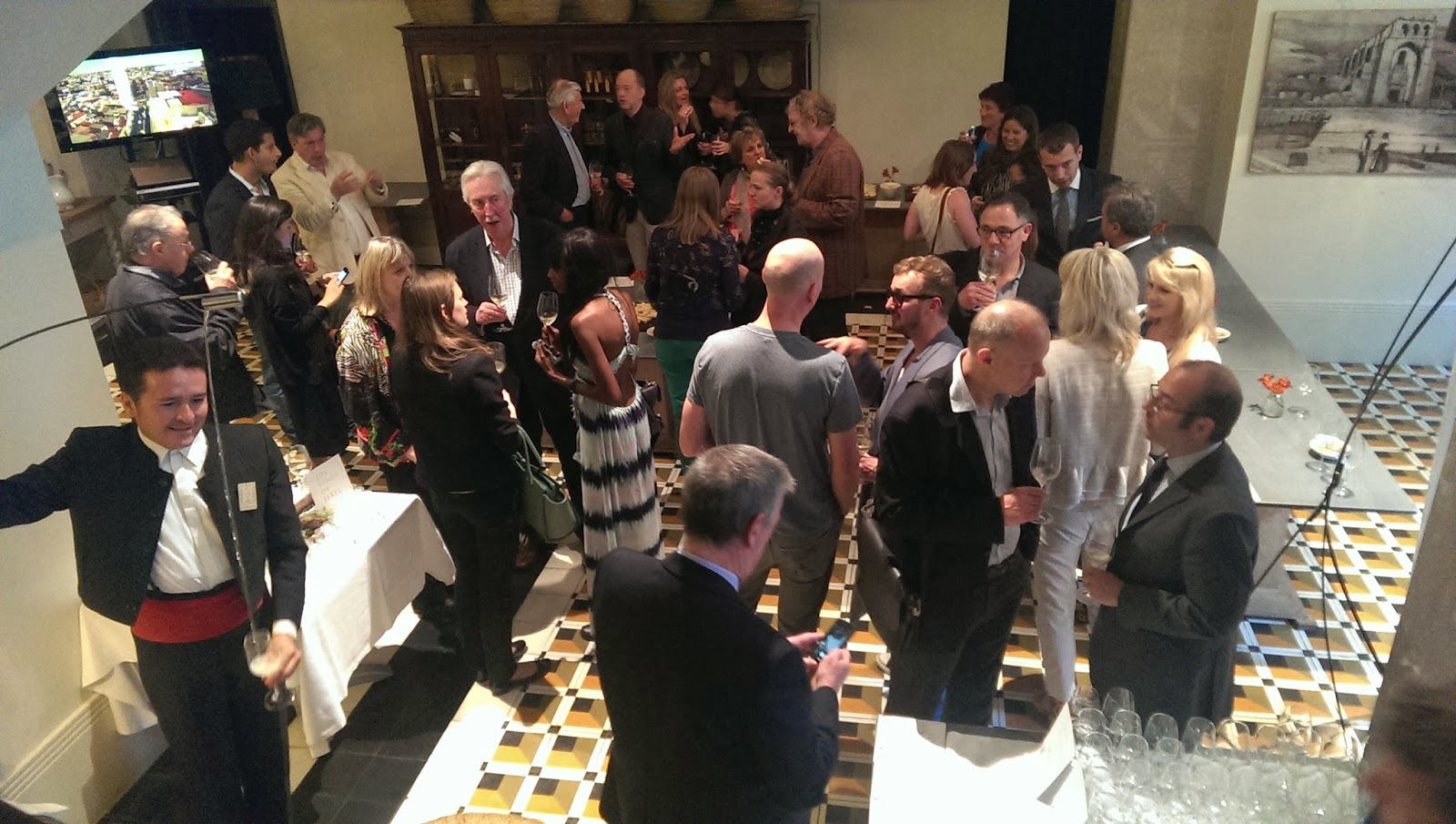 The food is lovely - if in a somewhat set pattern. The wines are mostly lovely, too. But the matches don't always work brilliantly; a dark sherry with a creamy white sauce feels like a bit of a schoolboy error. 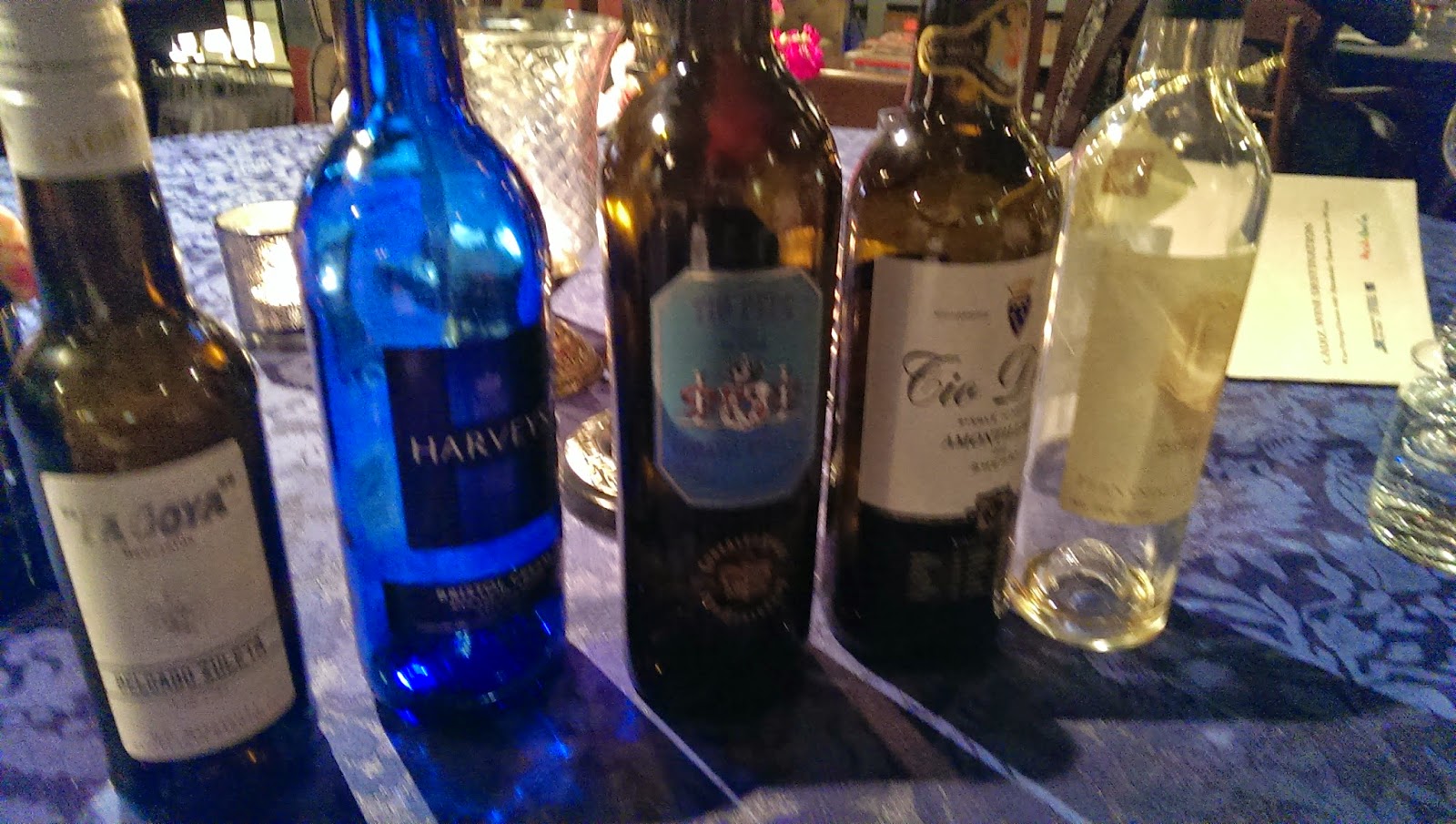 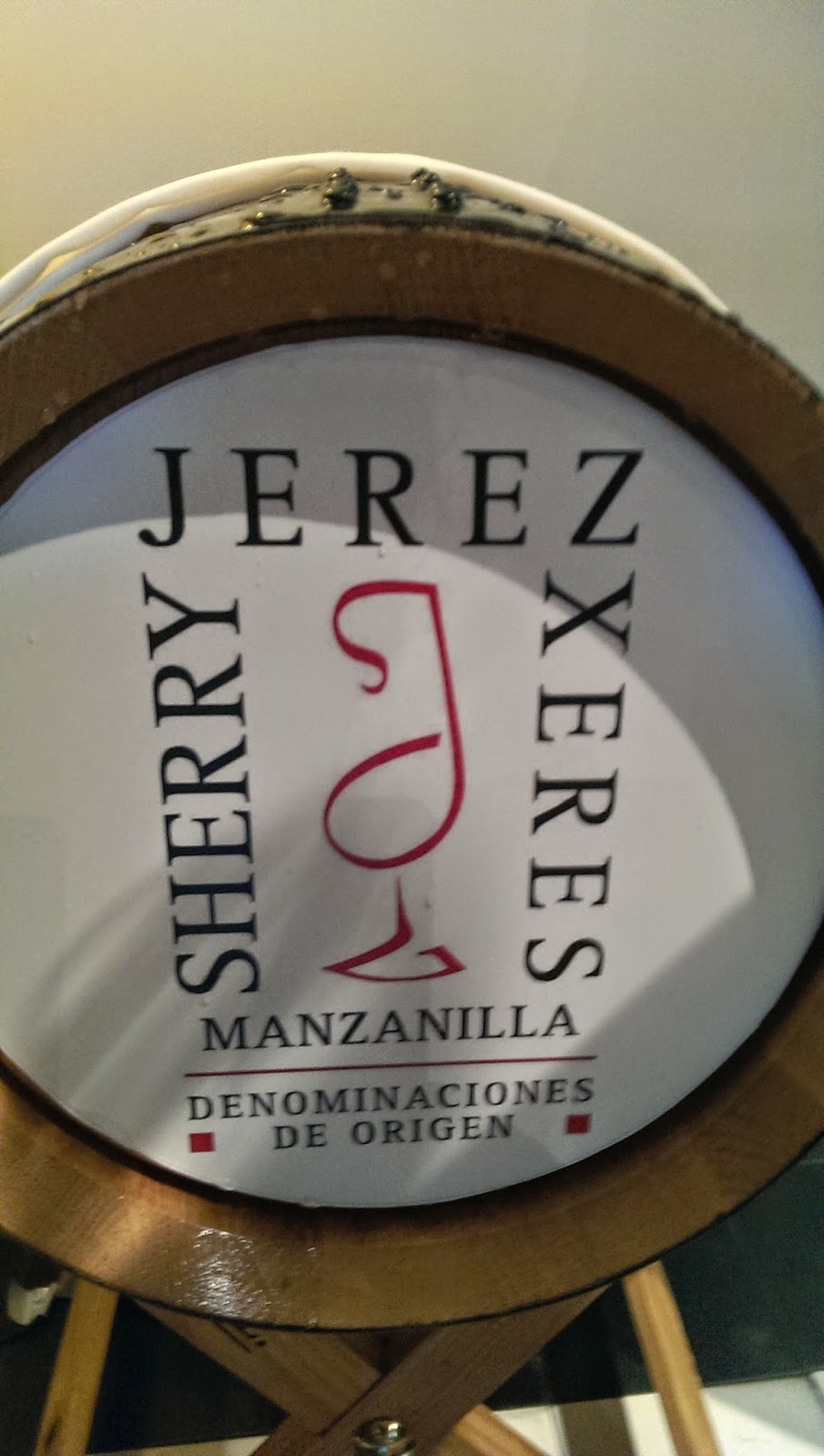