Lunch at The Old Bridge, Huntingdon 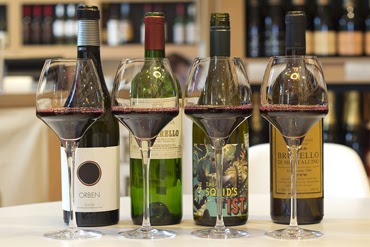 A review of The Old Bridge, Huntingdon with John Hoskins MW

Huntingdon is more of a meeting point than a destination in its own right - fifteen-odd miles up the the A14 from Cambridge, it is a place to drive past rather than than visit.

This was not always the case; Huntingdon's bridge over the Great Ouse was built around 1332 and until 1975 the Great North Road crossed the bridge, going past the hotel and up the High Street.

As a result, The Old Bridge's origins are as a coaching inn - a feature it shares with The George in Stamford and The Haycock in Wansford.

An hotel, restaurant, bar and most recently wine shop, it sprawls over several conjoined buildings, overlooking the river.

The buildings that make up the hotel were constructed in the 17th century and for many years served as a bank, Veasey, Desborough & Co which merged to form Barclays in 1804; the hotel bar was the banking chamber.

Inside The Old Bridge, each section has a slightly different feel; the atrium is light and airy, if a little dated now, the wine shop has the stripped wooden floors and consciously unpretentious displays of a independent wine merchant whilst the bar area is dark-toned with heavy furniture like a traditional pub. 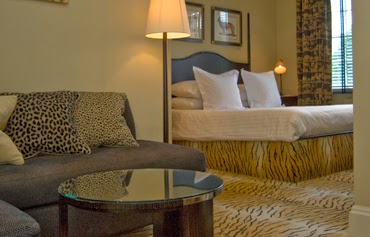 It is a sign of how much the Cambridge dining scene has developed over the last decade that we have not made the journey up to The Old Bridge quite as frequently in recent years, having long been regulars of the extended Huntsbridge Group of gastropubs around Cambridge.

However, we readily accepted an invitation from Old Bridge owner John Hoskins to try a couple of wines from the oenomatic machine with him followed by lunch.

The tasting room is wine-geek heaven - the oenomatic machine dispenses over two dozen wines by the glass in perfect condition. 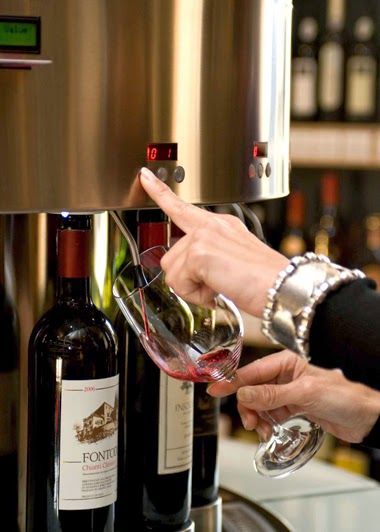 We started with a 2012 Finca Vinoa Ribeiro, from Galicia in northwest Spain; a blend of mostly Treixadura (the grape dominant in the region) with 8% Godello, Albariño & Loureira, it was pure, precise and appley fresh.

Tasted blind, John suggested, you might at first think Loire Chenin, but the texture is waxier, so you might then go for Gruener. I nodded in sage agreement, reminding myself that John is not only a Master of Wine, but also sets the tasting exam which he describes as being like a wine-tasting crossword.

After a quick tour taking in the kitchens, the large dining room for parties and weddings, hotel bedrooms and the conference rooms, we all sat down to a light lunch in the informal dining area.

My steak-on-ciabatta with fried onions and chips was tasty and satisfying yet refined, whilst Mrs CWB's chicken and avocado with crisps was pronounced equally delicious.

John matched our choices to a surprisingly deft South African Pinotage; with pure dark cherry fruit and good freshness, it was a light, elegant accompaniment.

Both the food and the wines were well-judged and impressive yet unfussy; John explained that he is not interested in Michelin-star flashiness, but sees the food as playing a supporting role to the wines.

This sense of unforced elegence, of a distinct personality but no gimmicks, also extends to the hotel where the rooms all retain the original layout of the building - which occasionally makes for some odd-looking arrangements but allows the building to retain its innate character which adds to the individuality of the place.

It is a distinctly Old School approach - any modern fool with a bit of marketing input can dream up a few talking points, and if you throw enough money at something you can impress with flashiness.

But what The Old Bridge has - what pervades its whole ethos - is a tasteful elegance and classiness; an attention to faultless detail that makes the whole much greater than the sum of its parts.

You won't find the kind of self-conscious funkiness that appeals to Michelin-star trophy-hunters looking for the latest trend in edgy dining; for that, you are better served central Cambridge these days.

Rather, there is a simple, but pervasive, focus on elegance and just getting things right.