A Day Off Work - Cambridge's Museums‏

On Wednesday this week, I took a day's annual leave to look after #2 child whose school was closed due to the public sector strikes over pensions.

The weather was sunny so we decided to do some fun father-and-son stuff in Cambridge to make the most of the day together.

We started with the Sedgwick Museum which contains various dinosaur skeletons, fossils and other bits of rock which fascinate him as he is very much at the "dinosaur stage".

We then walk across the road to the Museum of Zoology which has a blue whale skeleton on display, plus various other skeletons and stuffed exotic and unusual animals.

On the way in, we are buttonholed by a striker who tells me she is striking because the work the public sector does is so important to society that it is only fair that private-sector taxpayers should also contribute to maintaining their pensions.

More than her worryingly zealous sense of purpose and unspoken belief that the public sector alone is making the world a better place, I am struck by her arrogant sense of entitlement.

"I deserve to be looked after by the state at taxpayers' expense because I have chosen to do work that is hugely important to society" is not merely the sub-text, but almost verbatim what she tells me.

This self-important culture of entitlement at a time of financial and economic crisis is something I have seen at work as one of the last stages of moral decay in once-great businesses. It often precedes total collapse, yet I've never once seen it in successful, growing, hungry businesses.

Once inside the museum, we look at the displays and I'm surprised by just how large an emperor penguin is and how small an anteater is.

We then cycle out to the Museum of Technology - "the steam museum" as we call it - which is full of be-whiskered James May types in overalls carrying oily rags and tinkering with large, steam-powered mechanical things. 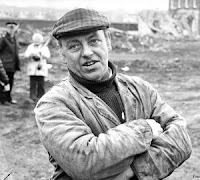 Originally a late-19th century pumping station to shift all the city's sewage two miles up to Milton where it was spread on fields, it has a large and very tall chimney that was more recently scaled by the world's only "celebrity steeplejack", Fred Dibnah.

The Museum is not "in steam" when we get there - in fact it's not open to the public at all that day, but seeing the look on our faces, one of the steam enthusiasts gives us a quick tour of the main areas which keeps us both happy.

The reason for the closure, it turns out, is because the boiler is leaky and needs fixing, which is no small task when it is of the size needed to pump two miles of Cambridge detritus along pipes and many of its parts are original.

I learn that each day's steaming costs around £700 in coke which, I calculate, equates to 140 visitors paying the "in steam" entrance fee of £5 just to cover the basic running cost; I doubt they get anything like that - especially when I find that only 50-odd people have "liked" the Museum's Facebook page later in the day - and wonder how this place keeps going.

It seems a pretty thankless task preserving some of Cambridge's industrial heritage. When you think of Cambridge's heritage, its sewage industry is probably not high on the list of things that come to mind when we have colleges, the historic city centre, Grantchester Meadows and the city's castle.

For visitors to Cambridge, a greasy, steam-powered museum on the edge of town dedicated to the history of pumping shit is an unlikely attraction compared to King's College Chapel and punting on the backs.

And yet, I don't see anyone at the Museum on strike, demanding more money from taxpayers or harping on about the societal importance of what they do - just a good-natured cheeriness, an enthusiasm and genuine affection for what they do and a pragmatism about problem solving.

I can't help drawing a contrast between this and the attitude of the striker I met earlier in the day, and it is only as we leave the museum that I realise that we were not even asked to buy a ticket - it's all been free.

I also can't help drawing a comparison with #1 child's school where there is no strike and everyone is busy with their studies; it is, of course, independent.