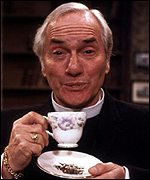 I recently went to a tasting of Tio Pepe sherries at Cambridge Wine Merchants (see here for details) - the wines were superb, yet sherry still seems to remain under-appreciated.

It is an unwritten law that you may not write about sherry without mentioning Aunties, vicars or the much-vaunted sherry revival - there, I've done it.

Sherry, it seems, has quite a lot of historic baggage these days - a lot to wade past before you actually get to that copita of fresh, tangy fino, salty manzanilla or dark oloroso.

Is any of this historic perception relevant ? Well yes and no.

In an ideal world, people would try sherry with an open mind and decide independently whether they like it or not - in reality, the idea either that it is something sweet to offer to the vicar or that there was due to be a sherry revival but now everyone's drinking Pinot Grigio instead can have a disproportionate influence on people's attitudes.

I have been a quiet fan of sherry of all hues and sweetness levels for many years now, but it does seem as if sherry is now on the verge of some kind of breakthrough in terms both of image and sales.

There are perhaps two key achievements that have brought this about: firstly, the dropping of the cultural emotional baggage around sherry. When Jancis Robinson and Heston Blumenthal recently held an afternoon tea and sherry tasting for 800 people at London's Southbank Centre (see here), it was reported without any historic references by The Times' Lifestyle section.

Secondly, the market for branded, sweetened, so-called "cream" sherries decreases every year with an increasing interest amongst a much younger generation in the drier styles, sales of which Gonzalez Byass MD, Martin Skelton, told me are growing rapidly each year.

Sherry is a curious oenological beast - as a fino, it has almost no primary or secondary aromas, that is to say, none of the fruit-driven appeal that is so popular these days.

Rather, it has only tertiary or "evolved" aromas of yeast and pastry shop and its appeal is all about freshness, acidity and finesse.

For me, fino sherry first really made sense having an al fresco lunch on a company conference in Andalusia - under a cloudless sky, with a lunch of squid ink risotto and white fish, the freshness and elegance was perfect. It matches equally well with other typically rich but flavoursome Spanish foods such as jamon iberico, manchego, olives, salted almonds and olive oil with bread.

Of the four European Latin countries (France, Italy, Spain, Portugal), Spain is the one that, culturally, feels the most vibrant and buzzy - be it El Bulli's topping of the best restaurant in the world lists for a several years, Barcelona's nightlife, rediscovering the vibrancy of Picasso's art and Gaudi's buildings or the Pamplona bull-running.

For open-minded but uninitiated, sherry is best approached initially via a fresh fino with some appropriate food, ideally but not necessarily in Andalusia, before moving on to the more complex and challenging styles.

The arrival in London of a number of Sherry Bars, including my own favourite Dehesa, is also a major marketing coup for a number of reasons.

Firstly, the mere existence of such a thing as a Sherry Bar repositions the drink in the mind of the consumer as something rather more sophisticated than what your Auntie may drink.

The mention of sherry in the phrase also makes it feel new and cool. It emphasises the social aspect of drinking sherry - in a bar, with friends, over shared plates of top-notch sliced meat and cheese. The fact that these bars generally have stylish and chic internal decor does no harm either.

A pattern evolves - drink sherry on holiday in Spain, relive the experience in a Sherry Bar, recreate it at home with a bottle and some tapas from the local deli or supermarket.

Maybe that much-promised, oft-delayed Sherry Revival is about to happen after all - if so, next-door Portugal, also spoken of as being on the cusp of greatness, would do well to take note and learn.

Email ThisBlogThis!Share to TwitterShare to FacebookShare to Pinterest
Labels: General / other, sherry