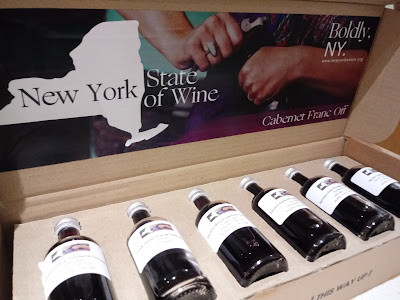 A NY State vs the World Cab Franc-Off, hosted by Oz Clarke

I'm from the Empire State

Part two of a series of tastings, pitting varietal wines from New York State against classics from the rest of the world.

The first NY State tasting of Rieslings from the Finger Lakes was enough to put New York wines properly on my radar. 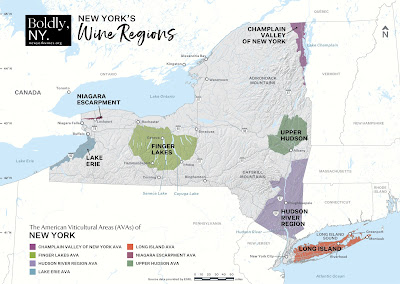 The three Rieslings from New York State more than held their own against examples from Western Australia, Alsace and Rheinhessen.

Think of US wines and mostly what we see in this country is warm-climate, fruit-forward Cali-juice. But with pretty much all US states making wine, the potential for variety and nuance is much greater.

The wines here were from two sub-regions within the state: 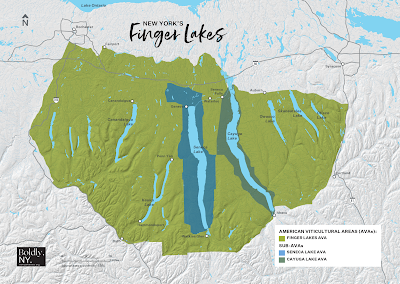 Finger Lakes: on the same latitude as Spain, but without the moderating effects of the Gulf Stream, it has a cold winter and short, hot summer. Large diurnal temperature variation preserves acidity and vintage variation is significant. 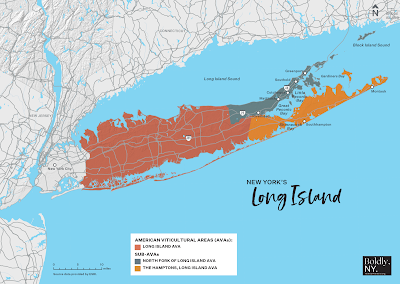 Long Island: a wine region for just 40 years, it has a maritime climate with a much longer growing season and is home to mostly Bordeaux grapes.

Cabernet Franc is something of an ancient grape with a new look; its origins are uncertain, but the general consensus is Atlantic France, where it is still grown in the Loire, Bordeaux and further south.

It is a parent of both Cabernet Sauvignon and Merlot, but sits somewhere between the two in flavour profile. It does well in cooler climates, but also preserves freshness and varietal character in the heat.

Dark and juicy, you might say that it has the freshness of a white wine yet with the colour and fruit flavours of a red.

144 Wineries
90-120 Day Growing Season
Located in the heart of New York’s scenic Finger Lakes region, the Finger Lakes wine country is centred around four main lakes with Native American names:
- Canandaigua (“The Chosen Spot” or “The Chosen Place”)
- Keuka (“Canoe Landing” or “Crooked Lake”)
- Seneca (“Place of the Stone”)
- Cayuga (“Boat Landing”)
Cayuga Lake and Seneca Lake are also recognized as separate AVA’s within the Finger Lakes AVA due to their unique grape-growing conditions.
Some of the newest growth in this region is coming around the “Little Lakes”:
– Conesus (“Always Beautiful”)
- Hemlock (the only lake named for European settlers) found in the west.
The smaller lakes in the east – Owasco (“Floating Bridge” or “Crossing Place”), Cazenovia (“Lake of the yellow perch “), and Skaneateles (“Long Lake”) are also seeing wineries open in their vicinity. This region specializes in Sparkling Wines, Riesling, Pinot Noir and Ice Wine, and is also known for its Chardonnay and Cabernet Franc, as well as several French-American and Native American varietals.
Deeper dive: Long Island
82 Wineries
215-233 Day Growing Season
New York’s maritime influenced region, dating back about 40 years, Long Island, with its sandy soil and moderate climate, is best known for its superb reds – classic Bordeaux blends (called “Meritage” wines in the U.S.), Cabernet Sauvignon and Merlot.
At the city of Riverhead, Long Island splits into two forks, separated by Great Peconic Bay. These two regions have their own AVA recognition as North Fork, Long Island, where most of the region’s wineries are located, and The Hamptons, Long Island, (or the south fork) where a few more wineries in the overall AVA reside.
Moderating influences include: Long Island Sound, Peconic Bay, and the Atlantic Ocean.

aromatic berries and raspberry leaf with nutmeg and cinnamon; plush yet fresh with gentle tannins; supple and long.

Tom Cannavan: Franc from New York vs The Rest - wine-pages