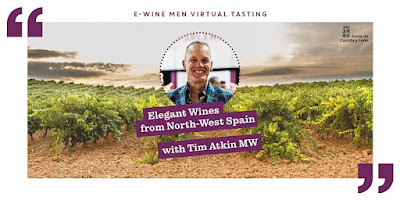 Three wines from North West Spain with Tim Atkin MW of Three Wine Men
Tim Atkin MW talks through three outstanding wines from Castilla y León, one of Spain’s most diverse wine-producing regions - and increasingly one of its most exciting.
Castilla y León is Spain's north west is the largest autonomous region in the country; north west of Madrid and formerly the northern part Old Castille, it is on the central Spanish plateau, known as the meseta, whose limestone soils suggest it was once a sea or lake.
The region has 9 DOs and 4 DOPs, is home to old vines and indigenous grape varieties and is defined by its geography and climate:
- altitude, some of the highest vineyards in Europe on a high plateau
- continental climate, cold winters and hot summers with large diurnal variation
- castles dominate the landscape, big skies and wide vistas, beautiful piercing light
- the Duero river runs through the region
- the main grape varieties are Tempranillo and Verdejo
Tim says: “After tasting through an appealingly diverse set of wines from Castilla y León, I’m delighted to have the chance to show three of my favourites from this extensive and extremely varied region.
Tim's picks are a new wave Ribera del Duero red, a Ruedo Verdejo from 100-year-old vines and a rare Albillo Real from Cebreros.
Tim introduced the wines along with the winemakers and provided tasting notes. 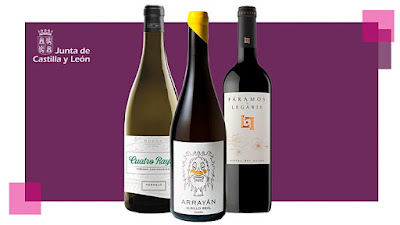 Cuatro Rayas Viñedos Centenarios 2020, Rueda
Rueda is a successful and growing region, specialising in Verdejo; it has changed dramatically since creation as an appellation in 1980, previously growing Palomino made a sherry-style wine
Verdejo has the aromatic acidity of kiwi-style Sauvignon, but the fruit is more peachy.
The winery was founded 1935 as a co-op with over 300 members; it has some of the oldest vines in the region, some over 100 years; 100% Verdejo, 15% in French oak, 85% in stainless steel, matured in stainless steel with battonage;
white flowers with fennel aromas, crisp and elegant, fresh and silky
Arrayan Albillo Real Granito 2020 Cebreros
750m altitude, sandy and granitic soils, formerly a bulk wine area; the Albillo Real grape is local to the area, producing small berries with golden skin, low acidity, early maturing, hand harvested; thin skins but with low rainfall and early harvesting, there is no risk of rot
Grown on sandy-pebbly soil, they tread the grapes by foot, 3 days' skin contact, spontaneous fermentation in stainless steel, aged in waxed tinajas for seven months with no malolatic fermentation in order to preserve acidity
fresh and mineral with honey flavours and the textural grip of an amber wine; flinty saline-minerality with sweet vanilla 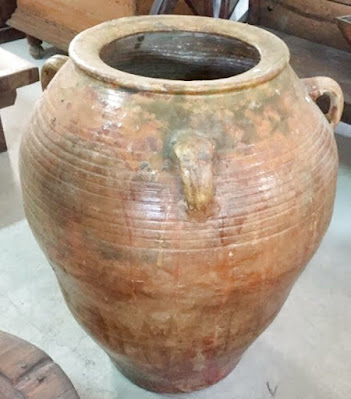 Páramos de Legaris 2017, Ribera del Duero
The region is all red wines, all from Tempranillo, but with very varied soil types including clay, sandy and pebbly with altitudes from 50m to 1,000m. Historically, it was considered too cold for making wines, but early-ripening Tempranillo is suited to the climate.
The winery aims to show the freshness of the wine, aged in old oak for 11 months, unusually high 15% alcohol; late frosts in April reduced yields, giving very high concentration, followed by very hot summer with harvesting a month earlier than usual; they sought to harvest as late as possible for flavour, leading to the high alcohol levels.
red and black summer berries, with dried prunes and soft, well-integrated tannins.
This was the popular favourite of the tasting.