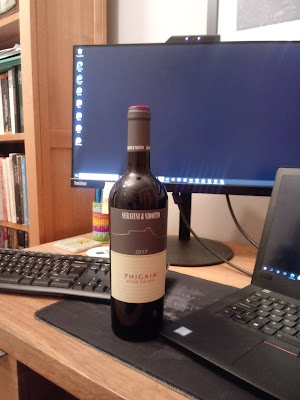 An unusual Italian red from Harper Wells
So, what exactly is Dan Kirby's twitter bottleswap?
The who
Dan Kirby is bearded East Anglian hipster with too much time on his hands; more formally, he is the self-described wine guy for @Tavershams & @suffolkcellar.
He's also crowd-funding to become a Master of Wine. 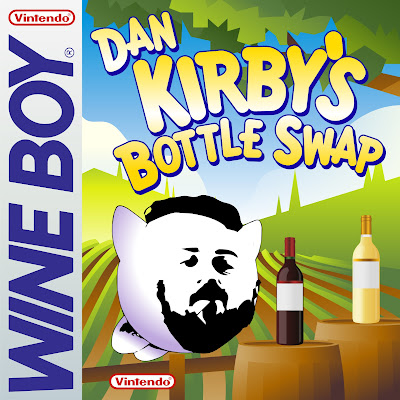 The what
In a wine-related lockdown secret Santa, Dan arranged for 20 of us to post a bottle of wine to another person and in turn receive a bottle from an unknown swapper.
Then, at an agreed time, we all met up on Zoom to taste our wines and attempt to guess our mystery benefactor.
My wine swappee was Manchester-based PR, Francesca Gaffey and the wine I had chosen for her was an unusual aged southern Rhône from Cambridge Wine Merchants which you can read about here.
Francesca said of it: Really unusual style - lots of liquorice and blueberry / dark red fruits. It was almost brown / mahogany in colour. 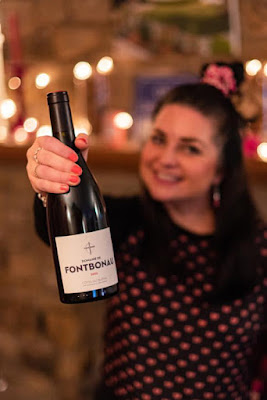 The how
I had included a clue with my wine by wrapping it in paper from Cambridge Wine Merchants before boxing it up. With CWM owner Hal Wilson also taking part, I figured that at least I had narrowed it down to two people.
Once Francesca had guessed me correctly, it was then my turn to go.
Unfortunately for my swapper, Sam Howard of Norwich-based wine merchants Harper Wells, an overly assiduous warehouse hand had added a strip of corporate gaffer tape to the box before couriering, thereby rendering the sender instantly recognisable.
This left little room for guessing, but allowed more time for Sam to explain the origin of both the wine and how he had come to sell it. 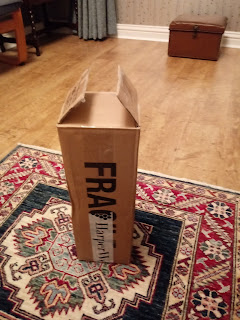 The wine
Phigaia is a play on the super-Tuscan tendency to name their wines Sassicaia, Ornellaia and so on. The wine is a Veneto take on a super-Tuscan using French grapes and methods.
Cut out all the middle bits and essentially what you have here is a Bordeaux-style red from north east Italy. This makes it French with an Italian accent - or Italian with a French accent.
Serafini & Vidotto was founded in 1986 by school friends  Francesco Serafini, an exuberant extrovert, and Antonello Vidotto, the quieter of the two and most at home in his vineyards.
Together they have created one of Veneto’s finest wineries at Nervesa della Battaglia, in the heart of Prosecco country just north of Venice. But they have done a better job of making their wines than telling their story, as they remain somewhat under the radar.
The wine is a blend of Cabernet Franc, Merlot and Cabernet Sauvignon with 13 to 18 months in French oak and at least a further year in the bottle before release.
Serafini & Vidotto, Phigaia After the Red 2017 (c. £20, HarperWells, Harvey Nichols) sour cherries and blackcurrants, green herbs and peppery spice with coffee and vanilla; fresh and fruity with rounded tannins; elegant, supple and long.
Good.
Match with roast red meats or beef stews.