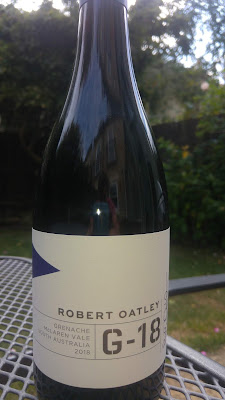 This G-18 from Australia's Robert Oatley, however, is something rather different; more Beaujolais than Barossa, it is cool-fermented with no oak for a light and juicy wine.

It scores highly for elegance and finesse, a late-summery red that can be slightly chilled.

If you need an Old World reference point beyond Beaujolais, think of pale, fruited Pinots from Alsace and the lighter reds of the Loire, Switzerland or Germany.

Drink chilled as an aperitif; match with a plate of shellfish or rare tuna steak.