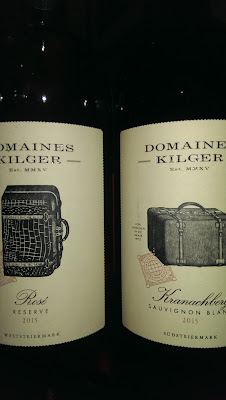 For the uninitiated, Styria is a bucolic region of woods, grassy meadows and pastures with fruit and wine gardens in southern Austria; the vines grow on steep slopes and the climate is mildly influenced by the Mediterranean.

Styrian Sauvignon is familiar enough to anyone who knows this part of Austria; Blauer Wildbacher, however, is specific to the region.

These two wines are elegant and fresh, yet rounded and substantial.