The Third Cambridge Tasting - Dinner at The Gonville 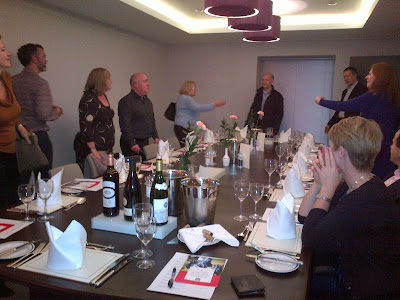 The third Cambridge Tasting consisted of a game-themed dinner at The Gonville with a group of friends invited to bring along a bottle of something with a bit of age to share with fellow enthusiasts.

Overlooking Parker's Piece, The Gonville had not been on many people's radars as a potential venue - it has the look and feel of a traditional, old-school hotel. However, three things made it a great venue for the dinner:

- a new chef with ambitions to make the restaurant a venue in its own right
- a smart, new and discrete boardroom dining area that seats a party of 14
- a very helpful staff who got all the details of the planning and execution of the dinner just right 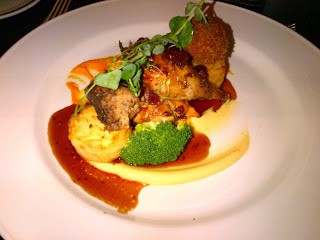 On arrival
We started with a current-release Tour de Belfort Cremant de Bordeaux to refresh palates after long weeks at work, journeys back to Cambridge or possibly both. 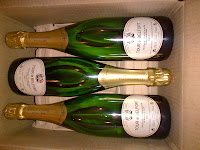 A traditional method fizz made from Bordelais grapes, it is elegant, crisp and refreshing with a touch of salinity and a fine mousse; as good as many an entry-level Champagne and available exclusively in Cambridge at The Gonville.

Seated for dinner
We tried the wines for each course in reverse-age order, starting with the older, more delicate wines. 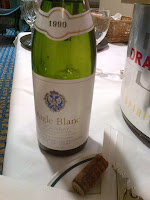 More structurally precise than the Chenin, it is technically better - and certainly more unusual - but lacks the complexity of an extra decade in bottle.

Both Austrian whites might have benefitted from greater aeration and being served a degree or two warmer. 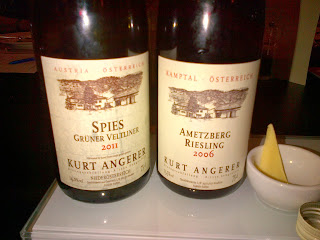 Rousseau de Sipian 2005 Medoc a popular Bordeaux that was familiar to a number of people - truffley undergrowth, fresh acidity, good grip and mouthfeel with bramble fruit and some green herbs. 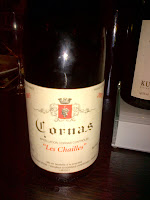 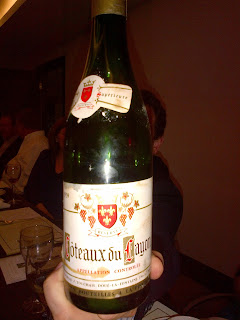 Conclusions
Possibly the most diverse tasting I have ever been to, it was a fascinating exercise to put these wines up against each other.

- the couple of more entry-level wines here were good enough in their own right, style and price bracket, but were simply outclassed by the company they were in.

- the two Austrian wines were also both good, and I felt should have shown better, but by dint of their youthfulness, seemed to struggle against the much older wines

- the dessert wines were surprisingly hit and miss; the later ones all struggled to match the assuredness of the Coteaux du Layon

- the list was long on old school classics - Loire Chenin, Bordeaux and sherry - re-emphasising my belief that ageing potential is what makes a region classic

- assessing the more unusual wines (of which there was no shortage) was extremely difficult; with no obvious reference point, how to decide on a short taste whether it was an ordinary or superior example of its particular style?

- the oldest wines had an aged complexity and mellowness that the younger wines all lacked, making them them all the more interesting; maybe it's my own age, but I feel I could happily drink nothing but mellow, aged wines from now on.

Results
We graded the wines as we went along and at the end of the evening, elected top white, red, sticky and overall winner. 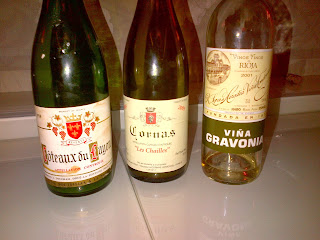 Below are the group results, with my own personal choices in brackets afterwards: