On Wines of a Certain Age‏ 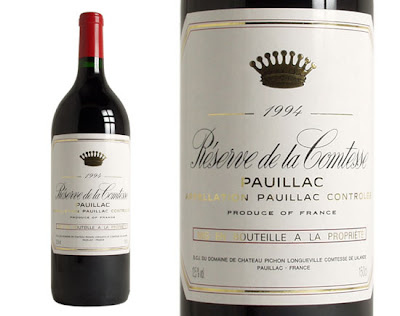 Wines age a little like people - many are interesting enough in their youth but then go on simply to become older versions of themselves.

A rare few continue to develop for many years and, whilst losing their youthful exuberance, gain in sophistication and complexity whilst still retaining the spark that made them fascinating earlier on.

If it is true that life begins at 40, then a way to represent this pictorially would be to think of a linear development for the first four decades followed by a rounding out.

Having celebrated my own 40th birthday some years ago, I'm still less than half way to the end of my own life expectancy - and I would like to think that it is not all downhill from here; hopefully, there's more than just a lingering decline into muddle-headed incontinence.

At the weekend, I invited a group of friends to try some wines of various ages and qualities. We topped and tailed with whites to be reviewed elsewhere, but the core of the tasting was a trio of Bordeaux of varying ages. 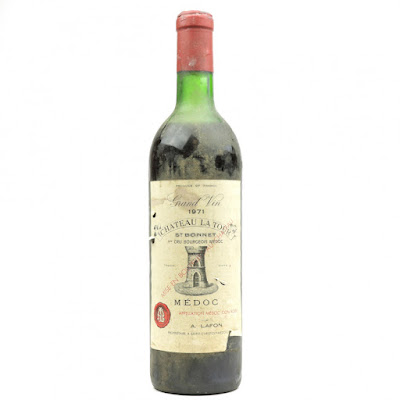 From the vintage of my birth year, the vines budded before I was born meaning that this wine technically pre-dates my entry into the world.

Pale in the glass, it has an complex and evolved nose of undergrowth and leather. There is a little fruit left, but it is rosehips rather than fresh red berries.

The acidity is still good and the tannins are fully resolved; mellow harmoniousness.

It is a revelation to try a wine this old - even if it is not stellar.

The jokey metaphors pointed facetiously at me abounded - it's past its best, it was once good but is now fading - and I take it all in good humour.

We drink it up quickly and move on.

I had opened this earlier in the day to check on its progress. I was pleasantly surprised to find it showing well straight out of the bottle so decided not to decant.

Still purple in the glass but with a paleness, there is good ripe fruit, balanced acidity and harmonious tannins.

I find it very pleasant indeed, elegant with no rough edges, but I had expected a little more .... what ? Detail, perhaps ?

I mentally compare it to a magnum of 1998 Troplong-Mondot I drank a while ago; this is a different time, a different vintage and a different part of Bordeaux.

This is a second wine in a distinctly average year. But with classed growths now costing 100s of pounds a bottle, it was a relative bargain.

It is elegant, well made and classy - drinking very nicely. Born into a bad year, its only real fault is a lack of tannic detail. 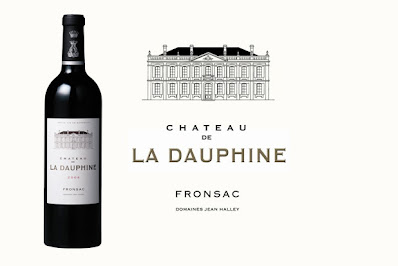 It is not a run-of the mill tasting where an almost decade-old wine is the youngest to be tasted.

Compared to the others, this middle-of-the road chateau wine was rather workmanlike. No faults to speak of - a typical and nicely-aged wine, it was mellow but still cut through with good, fresh acidity.

Tasted after a wine in its 5th decade and a second-growth second wine, however, it simply did not leave much of an impression - rather like a well-behaved accountant at a dinner party.

Of the three wines, the Comtesse was for me much the best - even if it did not have the wow-factor I had hoped for; good fruit, well-balanced and no rough edges, on one level it was faultless.

Like an entry-level BMW, it did everything well, even if it did nothing spectacularly. It was just somehow a bit better, more likeable, more accomplished than the other wines.

We kept a little of the wines back; the following day, the Comtesse had lost most of its fruit and was showing aromas of rosehips, soy and green capsicum. It still had balance and freshness, but we'd seen the best of it the night before.

The Dauphine was as pleasant and unassuming as ever - in less Grand Company, it would have seemed rather good but against the Comtesse it could only ever have been an also-ran.

However, all three wines gained something specific from the effects of age - complexity, secondary and tertiary aromas of old leather and forest floor as well as a gentle mellowness; these are qualities that only aging can bring and it was an honour to try so many aged wines in a single evening.

I bought the Reserve de la Comtesse from Cambridge Wine Merchants for £70.

The other two wines here were provided by the "Other Cambridge Wine Blogger" - whose palate and technical knowledge is far superior to mine - @vinoremus.

We were joined by friends @cambridgelass and @pavitts_pies, the latter providing a selection of her lovely pies to match with the wines.