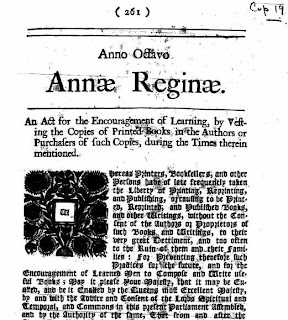 I recently went to a Panel Discussion arranged by our firm's lawyers on the subject of Intellectual Property.

In his introduction, one of the panel introduced himself with the following anecdote: I was looking to buy a flat in London and the estate agent asked me what I did for a living. I explained that I was an Intellectual Property lawyer to which he replied "So we're both in the same business then."

As a relatively modern concept invented by lawyers, Intellectual Property suffers from not having a snappy name, but it is essentially the ownership of creative ideas - be it music, art, inventions or journalism.

In a bricks-and-mortar world, the idea of ownership of ideas is not as deeply embedded in our thinking or societal structures as the ownership of land and tangible property; theft of ideas is more inclined to be viewed as a "victimless crime" than having one's mobile phone pilfered.

And yet that very same mobile phone may be full of illegal downloads of music and images from the Internet.

A clumsy name, public apathy and a medium that facilitates sharing of IP with few checks and balances in place to deter, let alone prevent theft - it is a perfect storm, as the Music Industry found out to its cost in the noughties with the rise of "peer-to-peer file sharing services" such as Napster.

The response of performing artists to this has often been innovative - from the move to focus on live performances rather than album sales to Radiohead's pay-what-you-like arrangement for their In Rainbows album.

Having worked in the marketing services and communications industry for many years now, and generally been the person to negotiate contracts and fees, I am all too aware of the value of Intellectual Property; discussions on fees and IP ownership usually make up the larger part of the contract negotiations.

Wine writers - more gentlemanly at the professional end, more amateurish amongst the bloggers - have not really caught up with IP ownership as an issue. Bloggers do not rely on their writing for income whilst professional freelancers seem more inclined merely to wring their hands at theft of their work.

Recently, I was able to assist one fellow member of the Circle of Wine Writers whose tasting notes and scores had been taken wholesale for an auction catalogue in another country. I put him in touch with a friend who is both a wine writer and a lawyer (and also a CWW member) and between them they solved the issue swiftly and satisfactorily.

Over the weekend, I read a piece in Palate Press accusing Canadian wine writer Natalie MacLean of extensive and sustained theft of IP from other wine writers.

I don't know Natalie personally or her writing (if it is indeed hers) so I cannot comment on the specifics here.

But the issue throws into relief the need to raise awareness of the value of IP generally - especially for those whose livelihood is based on their writings on the Internet.

Back at the lawyers' IP Panel Discussion, I was rather saddened to hear most of the speakers (except for one, the owner of an online music video service) sighing and shaking their heads at the idea that the public are simply not interested in IP ownership.

We teach our children to share their toys nicely and not take others' - with this principle firmly embedded, it is not too difficult to make the next step to not stealing ideas, be it copying homework off the Internet or downloading music and films.

If the generation before us invented the Internet, it behoves our generation to teach the next how to use it properly and with respect.

Or perhaps the Internet needs simply to be treated with the general caveat - if it's personal, don't put it on the Internet. Historically, "personal" meant you wouldn't want your Mum or a potential employer to see it, but we should also view personal as "our personal (Intellectual) Property".

It seems to me that IP theft these days is seen a bit like smoking or casual racism in the 70s - whilst nobody was prepared to argue that it was A Good Thing, it was generally deemed either Socially Acceptable or at least had no stigma attached to it.

When corporate behemoths who have spent years and billions investing in their brands aggressively assert their intellectual property rights, no-one cheers the rule of law - rather, we all talk about how brands caused the London riots.

But we can't have it both ways - either we want the rule of law to apply to all, both the Big Boys at Multinational plc and the small independent freelancers tapping away at their laptops, or we accept that Society simply does not value the ownership of property, be it Tangible or Intellectual.

Looting a pair of swooshed trainers and a flat-screen TV or copying someone else's work and passing it off as your own - it's all theft.

Footnote: the image at the top of this piece is of the Statute of Anne, the first modern copyright law.  This image is in the public domain because its copyright has expired. Just in case you were wondering.