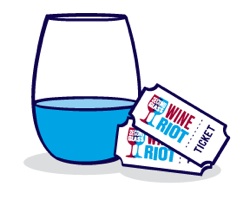 Yesterday, I read a piece entitled Wine Riot by Juel Mahoney - then re-read it because after the first run-through, I couldn't make any sense of it.

It is a meandering, inconclusive and poorly-argued piece which might perhaps be best described as "heartfelt". However, one sentence struck me in particular:

- If you don’t think brands are an important issue, then you weren’t in London during the riots where gangs smashing and looting shops.

The point being made here seems to be an implied causal link between brands and the London 2011 riots.

Now, as I see it, the cause of the London riots was not branded merchandise but the greed, selfishness, opportunistic hooliganism and disrespect for the rule of law of the rioters themselves.

Threading your way through the rubble of an urban street, pilfered flat-screen TV under one arm and designer trainers in the other hand, you feel the long arm of the law on your shoulder and say "It woz the brands made me do it, Officer".

Perhaps I am being too literal here and a directly causal effect is not the idea, but more of a general, underlying sense - as in "Society's worship at the altar of the branded products of a modern consumer lifestyle left me feeling disenfranchised and the only way I could express my alienated frustration was through acts of mindless aggression and pilfering, M'lud". 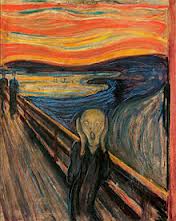 It is of course for politicians, and not wine bloggers, to deal with the aftermath of the riots. But whatever the real cause, it is a misleading oversimplification to say or imply that it was all the fault of brands; moreover, encouraging people to believe that power of brands absolves all personal responsibility for the consequences of anti-social actions is extremely dangerous indeed.

Of course to argue for the rule of law as the basis of civil society does not make for as good a storyline as "Them brands is bad, man", but that's Real Life.