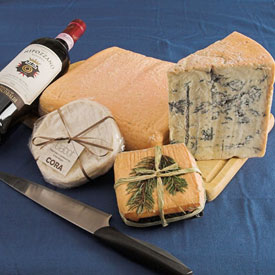 Cambridge's Hotel du Vin has recently launched a series of events and General Manager Jacqui Griffiths invited me to come along to a number of them, so last night, I found myself strolling into town to attend the Cheese Masterclass of English and French cheeses in one of the Hotel's cosy function rooms.

Now, my attitude to cheese is rather like many people's attitude to wine - I know the good stuff from the bad when I try it, but I don't consider myself particularly knowledgeable, enthusiastic or confident about the subject.

To me, cheese is perhaps the only other artisan product that has the same complexity, subtlety and variety as wine, and is certainly a topic worthy of study, but I don't think I'll be starting a Cambridge Cheese Blogger site any time soon.

So with apologies to those who know their cheesy stuff, here is my account of the evening, presented by Jourdain from Premier Cheese, which supplies the Hotel's 25 or so cheeses, and Lucia, one of the waiting staff.

It is worth pointing out here that the Hotel invests a lot of time and money in training up its staff, so Lucia is no mere order-taker but one of the most knowledgeable members of an already strong team.

The first cheese was a Montracher goat's cheese from Burgundy; aged for 3-4 weeks, it was creamy with quite a firm texture and had a choice of wines to match.

If the separate topics of cheese and wine are fairly complex subject areas in themselves, then matching cheese and wine together is the "dark matter" or "Higgs boson particle" of gastronomy - advanced, elusive and controversial. However, the Hotel kept things simple but effective with a choice of either a Noval Extra Dry White Port, a Chateauneuf du Pape or a 10-year old Pineau de Charentes to accompany the cheeses.

I started with the White Port (reviewed previously at a Noval Wine Dinner) which had enough acidity to stand up to the freshness of the cheese.

We followed this with an English goat's cheese from the Midlands which had a rather denser texture and a more mature example from South East England which had a rind and a stronger, yeasty flavour. 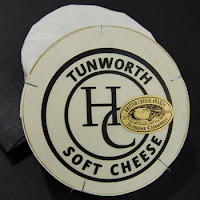 Next was a Camenbert-style, unpasteurised bloomy rind cheese from Turnworth in South East England; at four weeks old, it had a slightly funky nose that a wine enthusiast would describe as Pinot-esque with a firm centre, a creamier outer layer and a rind.

All these cheese matched well with the White Port, but for the next cheese, I moved on to the Pineau de Charentes.

The cheese itself was a Brie de Moulin, with 4-5 weeks' age, and whilst initial sniffs revealed little more than mushroomy hints on the nose, and it was pleasantly soft and creamy on the palate, the real hit came at the end with a long, pungent, acidic finish.

This cheese proved popular with our group of enthusiasts, but to me the finish was just too harsh - that, said it matched very well with the Pineau de Charentes, so perhaps it is a "wine cheese" in the same way that one talks about a "food wine".

One of the more unusual cheeses of the evening was an oxymoronic Cheddar "bomb" from Lancashire which had been aged for two years in cloth surrounded by wax; this, naturally, prevents moisture loss, so the cheese retained a creamy, buttery texture and appearance but had also developed a great savoury depth of flavour.

The key point with storing cheeses is to keep them as close to cave conditions as possible - cool, around 8c, damp and open to the air.

Unfortunately, this natural state of affairs is somewhat hard to replicate in modern conditions, with room temperature being too warm and fridge temperature too cold.

Jourdain's advice was keep it either in the fridge if hot or in a cool place in the house if cool wrapped in either foil or wax paper to leave an air gap, but not cling film.

We then moved on to a firm Welsh cheese called Celtic Promise - aged for three months and washed with cider, on the nose it was distinctly "cheesy", with people describing it as "socky" and "locker room" and deeming it one of the least impressive. 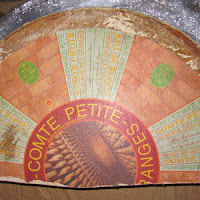 Much more impressive and popular was a 14 month-old Comte, which had a creamy, nutty, savoury oatmeal flavour and a firm texture.

Jourdain explained that cheese age much the same way as wines, losing their up-front fruit and developing more nut-like flavours over time. However, unlike wine which is stoppered thus slowing down the effects of air, cheese is open to the elements and cannot age beyond 2-4 years, adding that Parmesan, once fully aged, is so salty and hard that you can only use it in cooking.

Jourdain suggested matching the Comte with the Chateauneuf du Pape; the wine, a blend of up to 13 varieties including a number of white ones, showed vanilla and herbaceous, floral aromas on the nose which I attribute to the likely presence of the highly aromatic Marsanne in the blend, with pruney fruit, vanilla, more floral aromas and an inky texture on the palate.


To me, red wine does not match with cheese generally and whilst the wine was enjoyable, the two did not go together well, with the wine being too up-front and floral for the cheese and an aged tawny port may well have proven a better match here. 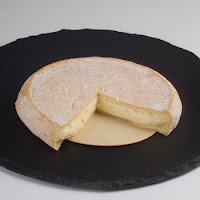 We followed this with a soft Reblochon from Savoie - I found it quite mild and creamy and was surprised to hear the rest of the group find it strong.

France, of course, has a long history of both cheese and wine production with local matches being the rule of thumb, so I asked Jourdain if Savoie wines would match with this cheese.

He assured me that they would, but as I have never had a Savoie wine (they are quite hard to find outside of their locality), it is impossible to give an opinion on this.

We then tried a Chambertin from Burgundy - with a rind washed in Marc de Bourgogne, it had a distinctly funky, decaying, vegetal nose, but on the palate was nutty and savoury with flavours of cashews.

To me a good blue cheese should have a distinctly pungent, but not harsh acidity from the bacteria balanced by a rich waxiness.

Sadly the unpasteurised Leonard Blue from Scotland had neither of these and, although popular with the rest of the group, struck me as too harsh and in-yer-face.

An Auvergne washed with Sauternes had a volatile nose of oil paint or solvent, a sweet, creamy palate and a pungent finish.

Finally, we tried the earlier Brie de Moulin with a tapenade filling - a slightly odd, mixed-up approach, but the saltiness of the tapenade actually worked with the cheese.

To finish with, we were given a Golden Cross cheese dipped in Calvados matched with a vodka shaken with honey and ice.

My only impression of the cheese is that it was bitter and alcoholic from the spirit, but with a soft, waxy texture.

However, the vodka and honey was a revelation - icy cold, it felt superbly balanced and refreshing and was perfect after several hours of cheese-sampling.

I'm not a great fan of honey as I find rather floral and having drunk more vodka than I care to - or even can - remember whilst living in Russia many years ago, I have also gone off its bitter, harsh neutrality in favour of something more complex.

However, put together and chilled right down, these two complemented each other brilliantly, with neither bitterness nor excessive perfuminess.

At this point the only thing left to do was have a tour of Jourdain's cheese van which turned out to be a veritable, if stink,y Aladdin's cave of cheesiness at a constant 14c stocked with a cornucopia of additional goodies like salamis, aged hams, truffle oils, truffle honey and chocolates before heading back home with a profound sense of well-being.

Great cheeses and wines had been a good start, but the talks from Jourdain and Lucia, the discussions amongst the group over the cheeses and anecdotes, and especially the extra touches like the vodka-honey cocktail and the cheese van visit had all combined to make it a very memorable evening.

Tickets for the evening cost £25; I attended as a guest of the Hotel.

Details of future events as well as of a Cheese and Wine are available on the Hotel's website or by calling the Hotel on 01223 227 330.

With, sadly, no hand-outs for the event, I do not have full details of the cheeses provided, but my favourites were the Montracher goat's cheese, the Comte and the Reblochon.