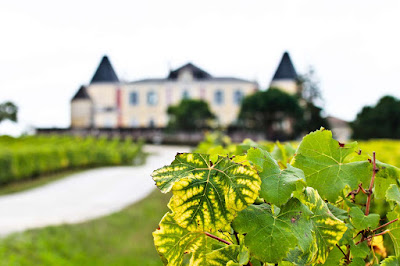 A red Bordeaux from a good sub-region, a good year and a good winemaker

Which of the two is more important, and the relative role of the winemaker, are all moot points.

If you have good terroir and a good vintage, then you have the makings of a great wine on your hands. Under these circumstances, the wine almost "makes itself"; the role of the winemaker is more about not interfering rather than any remedial action being needed.

Simply put, 2015 was an Excellent vintage and continued what Jancis Robinson has dubbed "the rule of five"; every vintage ending in a "5" or a "0" has been great, as reported here by British winemaker Gavin Quinney on her site.

Key quality factors from this vintage are the health of the vines generally, with no rot anywhere, as well as small, thick skinned berries produced resulting in good concentration and quality.

Gavin notes that many of the better red wines in 2015 are destined to be approachable at a younger age than other "rule of five" vintages, with depth, colour, flavour, complexity and freshness but the structure and the tannins being more supple.

Gavin also notes that there was quite a gap between different properties’ harvest dates compared with those of other top years; this was not an ’à la carte’ year in which the forecast was so good for days on end that you could pick and choose your picking days. Rather, in 2015, the weather in the middle of September 2015, and an uncertain forecast in early October, caused many growers a few anxious moments.

Pessac-Léognan is a sub-region of Graves, named after its gravelly soils. Graves lies to the south of the Médoc on the left bank of the Garonne and just south of the city of Bordeaux.

As a region, Graves pre-dates the (now more prestigious) Médoc and was a favourite of the English during the 300 years that Aquitaine was under English rule from 1152 to 1453, with the Médoc only becoming a wine region after its marshes were drained by the Dutch in the seventeenth century.

Notable properties of  Pessac-Léognan include the oldest named property in Bordeaux, Château Pape Clément, founded by Pope Clement V in 1306 and Château Haut-Brion, the only First Growth outside the  Médoc.

The appellation of Pessac-Léognan was created in 1987 as a sub-region of Graves AOC and includes all the châteaux listed in the 1953/59 classification of Graves.

Insiders say of consultant winemaker Michel Rolland that he has less of a signature style and more of a signature approach; one that is very high risk / high return and looks for maximum phenolic ripeness in the grapes.

This requires much later picking which in marginal climates such as Bordeaux, brings significant risks as the risk as harvest may be spoilt by late rains - especially in a year with such varied and unpredictable conditions as 2015.

However, when done well, this results in wines that are both approachable at a younger age (which has not traditionally been the case for top Bordeaux) and have aging potential, for those who appreciate the complex and secondary flavours that can only develop with time. 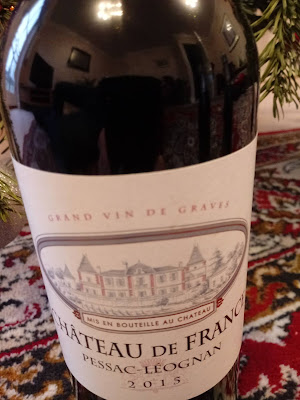 A  60% Merlot blend with 40% Cabernet Sauvignon, aged 40% in new oak and the rest in one-year-old oak for 13 months; the Merlot brings a dominant freshness and flavours of cherries and coffee, the Cab blackcurrant and firmness

Drinks nicely from the bottle and will repay cellaring.

Match with rare steak or roast beef in youth, darker game such as venison when fully mature.