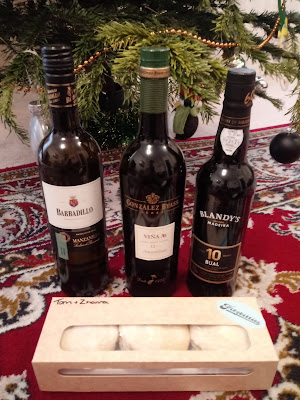 A tasting of two sherries and a Madeira from Cambridge Wine Merchants - with some Fitzbillies mince pies
As lockdown continues, so do our regular Zoom wine tastings with friends and neighbours: December's theme was fortified wines. One pale sherry, one dark sherry and a sweet Madeira to finish off. These are my talking points from the tasting.
Sherry and Madeira are both production method wines; like fizz, they provide more than just primary fruit flavours from the grapes and gain tertiary flavours from the production method and extended aging.
Sherry is an anglicisation of Jerez, i.e. a place. The three factors in the making of sherry are:
- the chalky soil, called albariza which gives (the rule is chalk for elegance, clay for fruit)
- the Palomino grape
- Flor, a yeast
Sherry is blended in a solera system; this wasn't always the case and was brought in as a practice to improve consistency as demand for sherry increased in the 1800s.
Fino and Manzanilla are aged for up to 6 years under flor; darker sherries will be older as they will have further aging in contact with oxygen. 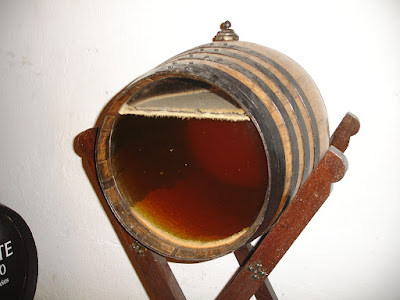 Manzanilla Solear, Barbadillo
Pale, from Sanlucar where the river Guadalquivir meets the Atlantic; with an average age of 6 years, this is very pale due to the flor keeping the wine free of oxygen; it goes through nine stages of aging and the transfer of the wine between barrels feeds the flor and oxygenates the wine.
Yeasty with camomile, smooth and even on the palate, full and long.
Barbadillo are a 7th-generation family company and the world’s leading Manzanilla producer with 500ha of vineyard in Jerez Superior, and 15 Bodegas across Sanlucar de Barrameda collectively containing 30,000 sherry butts.
The company is based around San Lucar, where the river meets the Atlantic Ocean; its vineyards are located inland where the climate is drier and there are fewer vineyard pests, meaning higher quality fruit. Flor is very delicate and needs just the right conditions to thrive; specifically cool, damp, fresh air.
The flor grows thickest in one particular bodega located at the bend of the Guadalquivir, where the river is narrowest and the breezes blow cool, damp air into windows cut into the side of the bodega facing the sea.
The company has 16 bodegas and each sherry butt is moved to a specific bodega at different points during its aging process. The design of the bodega is equally important to the development of the flor with a high roof and the barrels stored only three-high as further up the air becomes too warm and dry (pro-tip: finos can be stacked up to five-high as they have less flor influence).
Match with tapas such as bread and olive oil, jamon iberico and olives. 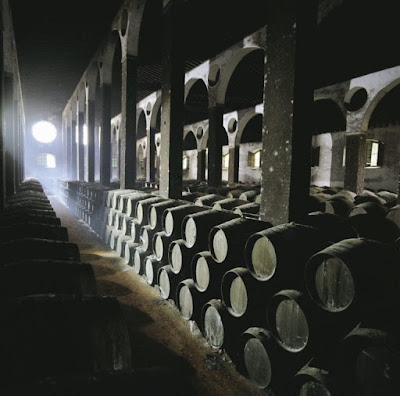 Amontillado Vina AB, Gonzalez Byass
The company was founded in 1835 by a failed banker and potato-farmer named Gonzalez who named the sherry after his Uncle Joe ("Tio Pepe" in Spanish).
Byass was the name of the importer tasked with selling the first barrels to make their way over to the UK.
An early adopter of the solera system for blending and aging sherries, the company remains family-owned to this day.
10 year-old AB Amontillado is a darker style of sherry which has partially oxidised due to the flor dying off and allowing the air to come into contact with the wine; pale gold / straw colour with more flavour from the wood of the solera.
Match with roasted almonds, hard yellow cheese or anything from list by Fiona Beckett: The best pairings for amontillado and palo cortado sherry | Matching Food & Wine (matchingfoodandwine.com) 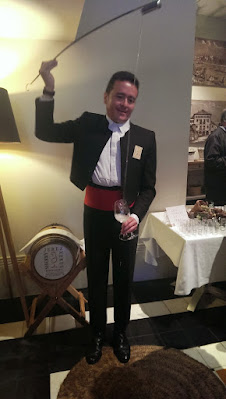 Blandy's 10yo Bual, Madeira
Madeira is a small, volcanic sub-tropical island in the Atlantic just of the north African coast. It was a stopping-over point for Portuguese explorers; casks of wine used as ballast and the equator twice, pasteurises & cooks the wine.
The defining flavours of Madeira are a biting acidity and complex, aged aromas of old leather, roasted spices and nuts, and rich fruitcake.
Madeira is exposed to heat and air in large barrels which "cooks" the wine over many years to bring about these oxidative aromas.
The high acidity in Madeira is due to the acidic volcanic soils, fertilisation and irrigation of the vines which leads to high yields and high acidity, plus high humidity and a year-round temperature of 20C-25C. 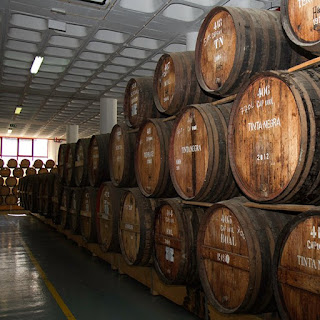 Styles are defined by the grape variety used:
- Sercial: grown on the highest vineyards (600m-700m+), this is the driest style; match with consomme
- Verdelho: semi-dry from slightly lower down; match with cheeses
- Bual: sweet from lower down, a dessert by itself
- Malvasia / Malmsay: the sweetest form the lowest vineyards.
Canteiro is the style of heating with no artificial heating; the wines is moved around the Madeira lodges in central Funchal (hottest at the top)
Madeira, being fully oxidised in its creation, can last forever - it is a wine to buy for your children and grandchildren - once opened, a bottle will not spoil.
Madeira must be aged for a minimum of three years, but often for much longer.
Blended Madeira is a blend of ages - 3, 5, 10, 15, 20, 30 and 40 years are the standards. Confusingly, these reflect neither a minimum nor an average age, but a style - as defined and verified by the Madeira Wine Institute.
This feels like something from a different, less literal age, from a time when people wrote "here be dragons" at the edges of their maps. 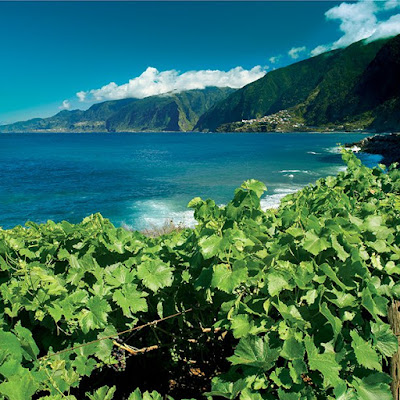 Bual is the second sweetest style of Madeira in which "10 years" is a style indicator rather than having any relationship with time; on this basis, Madeira is the "Big Bang" of wine styles in which the concept of time breaks down and has no meaning.
Chris Blandy, CEO of Blandy's, says that the wine side of the business is the smallest financially but where his emotional interest lies. Madeira was once the wine of kings and conquest, victories and celebrations but is now little more than a footnote in the public consciousness of fortified wine.
Blandy's is the largest producer of Madeira and Chris does not see the wine as ever regaining its former position; there is not the volume of vineyards and getting there would be too expensive, so he focuses instead on developing Madeira as a niche, hand-sold product, on pricing rather than volume.
Bual is matches well with sweet foods such as Christmas pudding and, yes, Fitzbillies mince pies.
Key differences between sherry and Madeira
Sherry is fortified after fermentation; Madeira, like port, is fortified during fermentation.
As a result of this, sherry is inherently completely dry (to be sweet, it has to have some sweet wine added separately), whereas Madeira and port always retain some residual sugar.
Fortification is the adding of spirit and was done historically to make the wine more stable (e.g. for its sea voyage to Britain, the Americas or India)
For port, the sweetness is needed to retain balance with the tannic bitterness of foot-trodden red grapes. For Madeira, the sweetness offsets the high acidity. For sherry, sweetness is added where the wine has developed bitter roasted flavours from exposure to air (darker styles) or where a sweet wine style is desired.