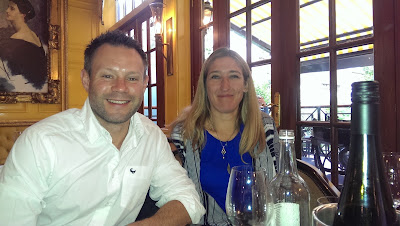 Founded almost a century ago as a wine industry regulator before evolving into a co-op, KWV is now a privately-owned company making wine almost exclusively from bought-in grapes. This change in status allows it to focus more on quality than inclusion, argues winemaker Wim Trutter.

The company does have a few small parcels of land - the remains of a viticultural laboratory - from which it makes micro-cuvees. 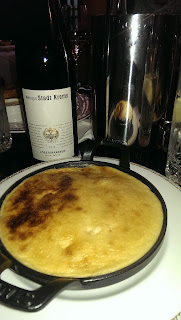 I can, by contrast, characterise Burgundy and Chablis, I can tell you what to expect from a Marlborough Sauvignon or a Mornington Peninsula Pinot, but where to start with South Africa? There's no easy answer.

Is it like old-school Australia - warm-climate, fruit-forward "sunshine in a glass"? Or Spain, a source of improving, low-priced good-value wine?

Is it like Champagne - a place where production is separate from growing? Or Madeira, where other crops are raised alongside grapes?

Or all of the above?

I would love South Africa to have greater recognition in the UK, but right now, ask me to say in a few words what it stands for and I struggle.

The Cape's origins are as a refuelling stop-over for merchant ships plying the route from Europe to the East Indies - the sights, sounds and smells of Africa, the heritage of the Cape; there's a great story in there just waiting to be told.

Perhaps the brand value of the country doesn't matter - if you are happy to let the sommelier suggest a wine and you don't mind where it comes from.

But we don't all drink wine in restaurants and we don't all defer the choosing of wine to the waiting staff: we may insist on a Bordeaux or a Napa; we may buy wine in supermarkets or wine merchants where the starting point is country of origin.

Our decision-making architecture may shut off entire countries and regions before we even start if we only want to choose from a range of Old World wines.

So South Africa needs to stand for something clearly understandable and easily graspable.

Complexity and regionally can come later, but right now South Africa needs something as simple as "classy Bordeaux", "spicy Rhone" or "juicy Beaujolais".

Email ThisBlogThis!Share to TwitterShare to FacebookShare to Pinterest
Labels: General / other, South Africa