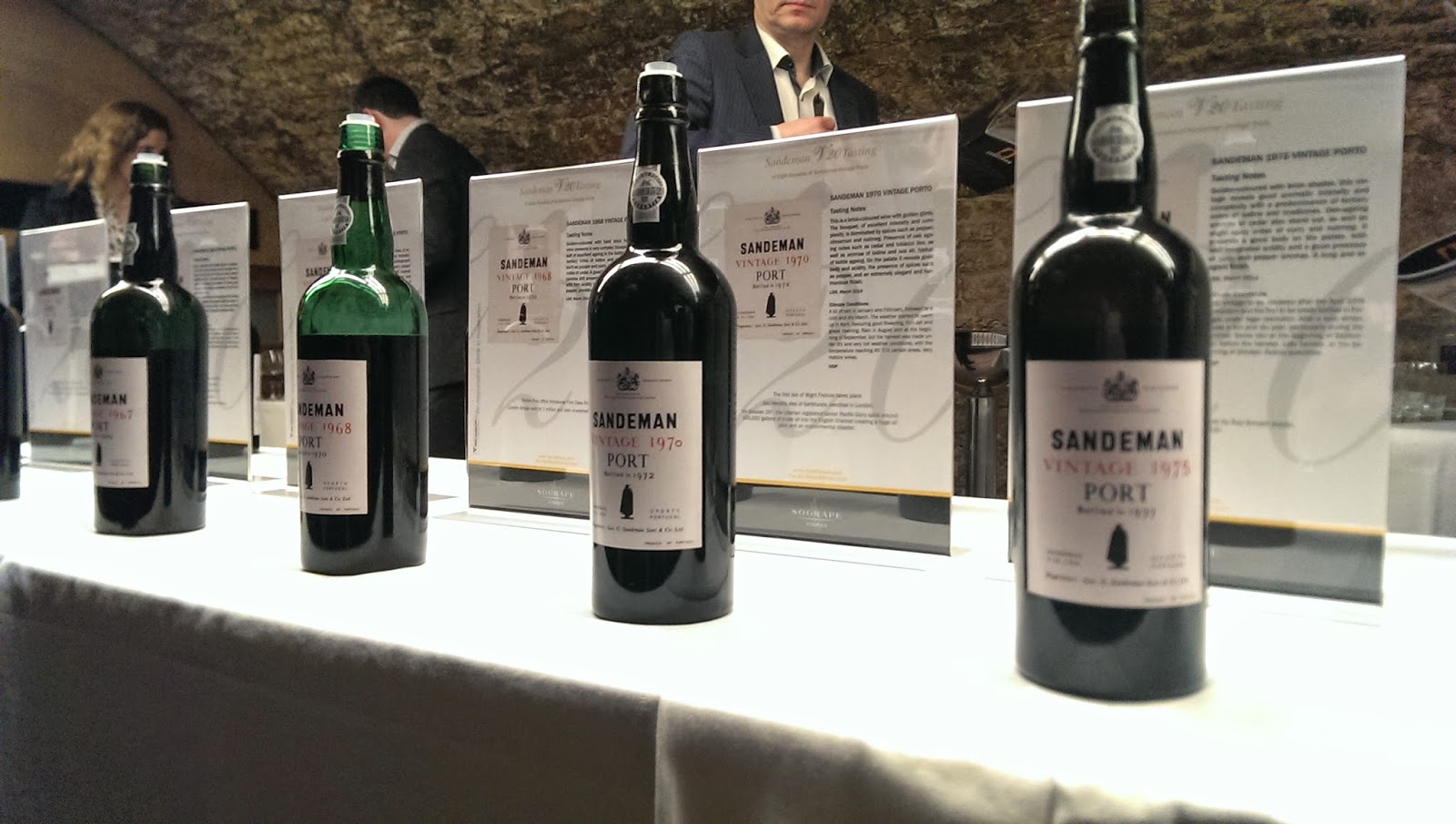 A tasting of 20 vintage Sandeman ports at The Sign of the Don, London
If digging out a vintage port suggests that some sort of occasion is being marked, digging out 20 would be a sign of something rather special - and if those 20 go back to the middle of the last century, then it is clearly no common-or-garden extraordinary event.

George Sandeman and winemaker Luis Sottomayor were in London for a vertical tasting of Sandeman vintage ports back to 1944, so after the brief introductions I took the opportunity to taste my way through history. 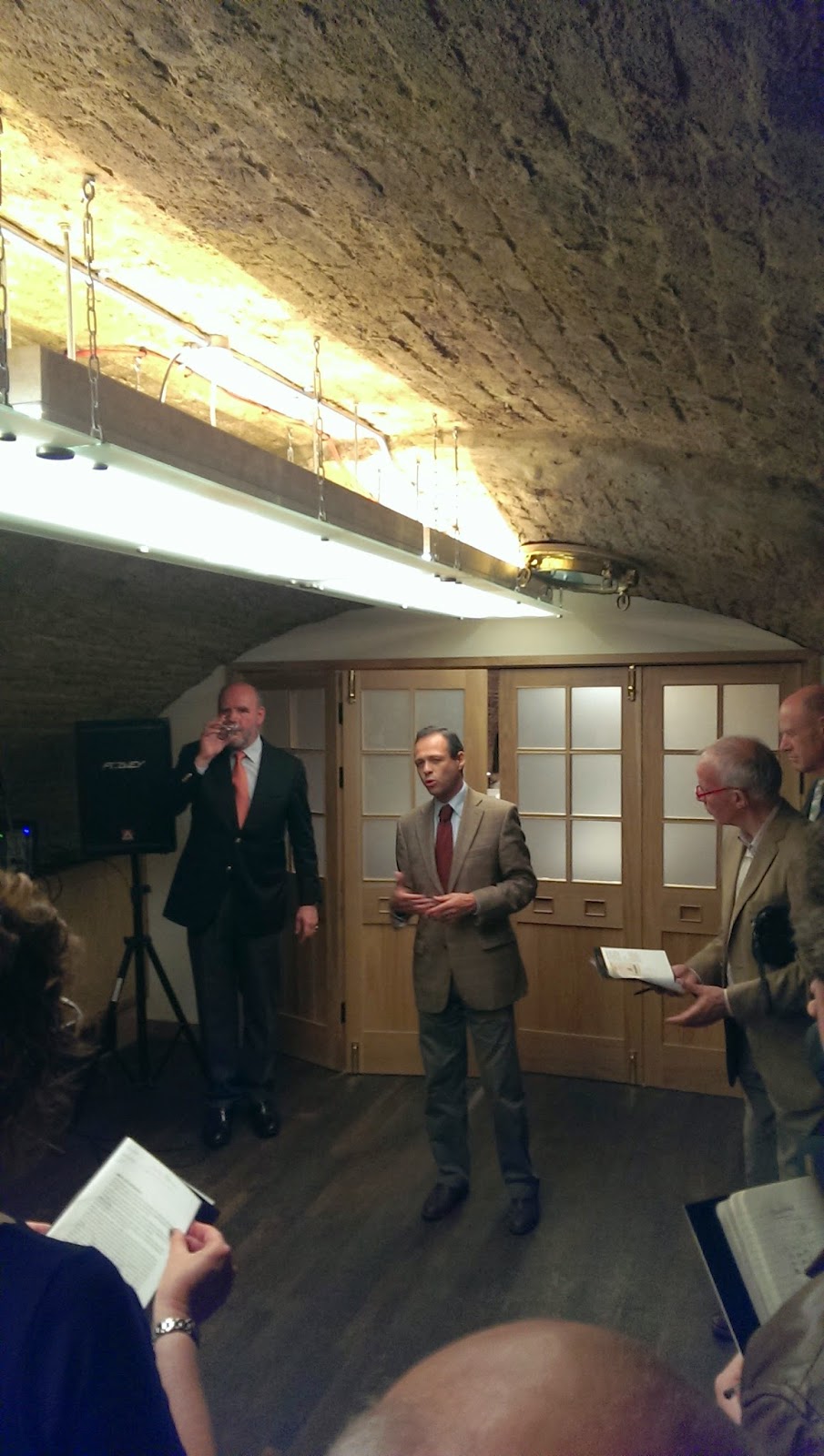 Logistics geeks may be interested to learn that the ports, which throw a heavy sediment, were decanted in Portugal and re-sealed under nitrogen before shipping to London. Due to their rarity, there were just two bottles of each.

Prices range from low three figures for most of the range to £1,243 for the 1944; this is in no way cheap, but a relative bargain compared to, say, a First Growth Bordeaux.

I did not take detailed notes as these were provided in any case, but starting with the oldest, what remains is an impression by decade.

The 1944, a pale orange colour, is unsurprisingly fully ready for drinking now; it is harmonious and mellow, the fresh fruit faded and something closer to an aged sherry character with dried fruits, roasted nuts, iodine and something slightly medicinal. 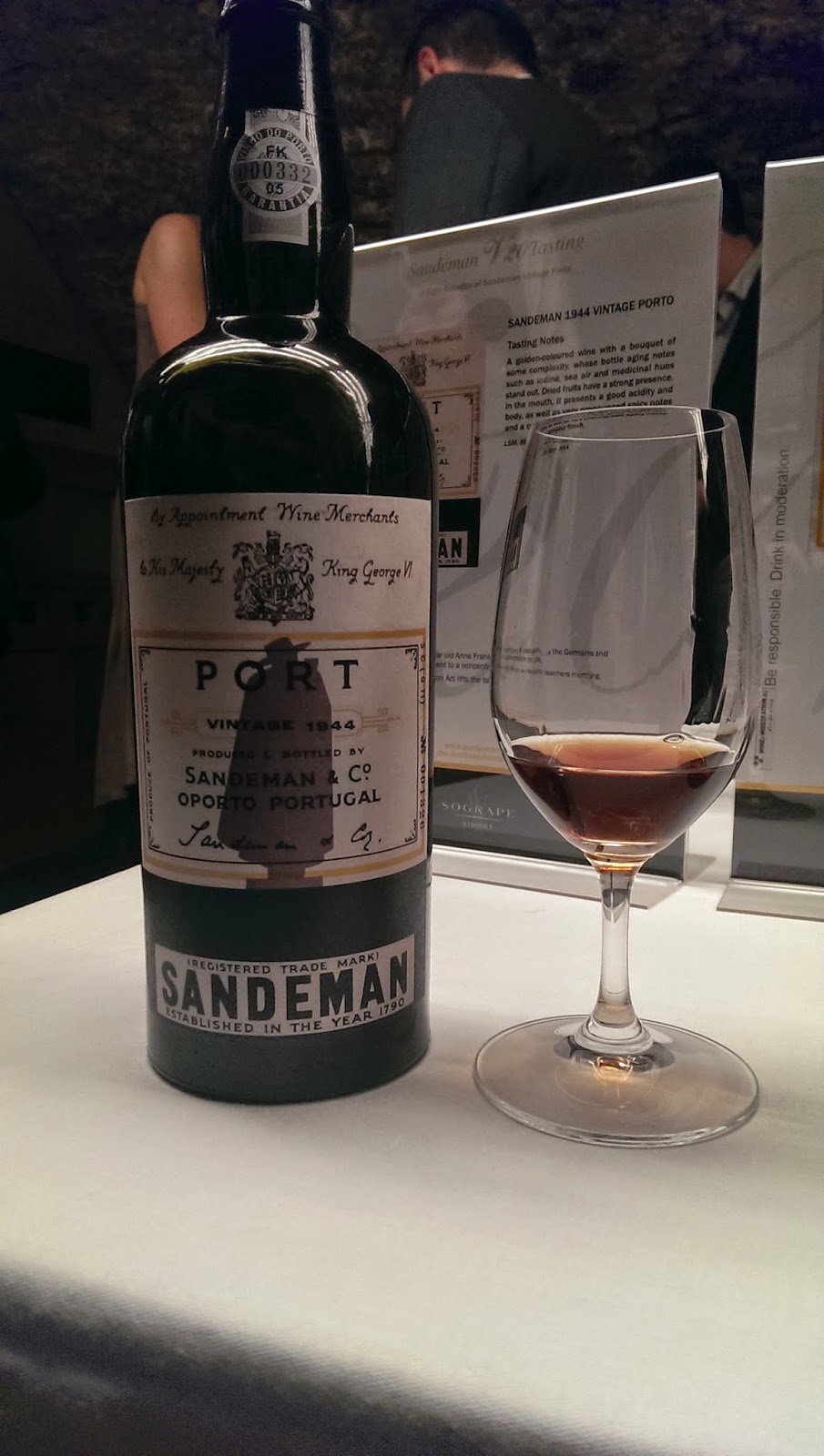 This wine rather divided opinion, with some finding it tired and faded but others impressive and venerable - a bit like the (late) Queen Mum. I liked it a lot - indeed, it was my wine of the night. With caveats.
A vertical tasting of wines provides two perspectives - vintage quality and the effects of age - which it can be hard to separate out; the 2011 vies with the 1944 as the wine of the night, but it is rather an unfair comparison to make between two wines at such different stages in their evolution.
I will be a very old man by the time the 2011 is fully mature - but as one person said to me "a very happy one - and just think of all that anticipation!".
Over a decade younger, the 1955 showed more figgy fruit and would be too young only for those that want a sherry-esque experience.
The vintages from the 1960s, of which there were many (perhaps too many) felt more youthful, with some glycerol plumpness and more than a hint of vermouth - a complex combination of red fruits, cedar and tobacco box, ginger and spicy notes.
Come the 70s and they feel, for the first time, not yet quite fully knitted together. The 80s were - as the 80s were - indeterminate.
But the 90s were perhaps the oddest bunch - like awkward teenagers, they had lost their primary, youthful vigour but not yet gained the hallmarks of maturity. One thing they all had in common was an aroma of dried red bell pepper and rosehip.
In a Médoc, this would be a sign of full maturity, an indication that the wine should be drunk up now and not aged any further, yet these were relative youngsters.
Was it, as with so many youths, just a "phase they were going through" or a result of winemaking techniques, I wondered.
Despite the presence of both qualified and student MWs in the room, as well as wine educators and even the winemaker himself, I was not able to get a definitive answer.
Come the new millennium, all the wines were still dark and primary and it was easier to make comparisons of quality; the 2007 was impressive, the 2011 superlative - dense, concentrated and full of stuffing.
For me, in general, the older wines were the most interesting - a relative newcomer to aged wines, I find they have an elusive harmonious mellowness and complexity that, like jazz, is impossible to describe but instantly recognisable when you find it. 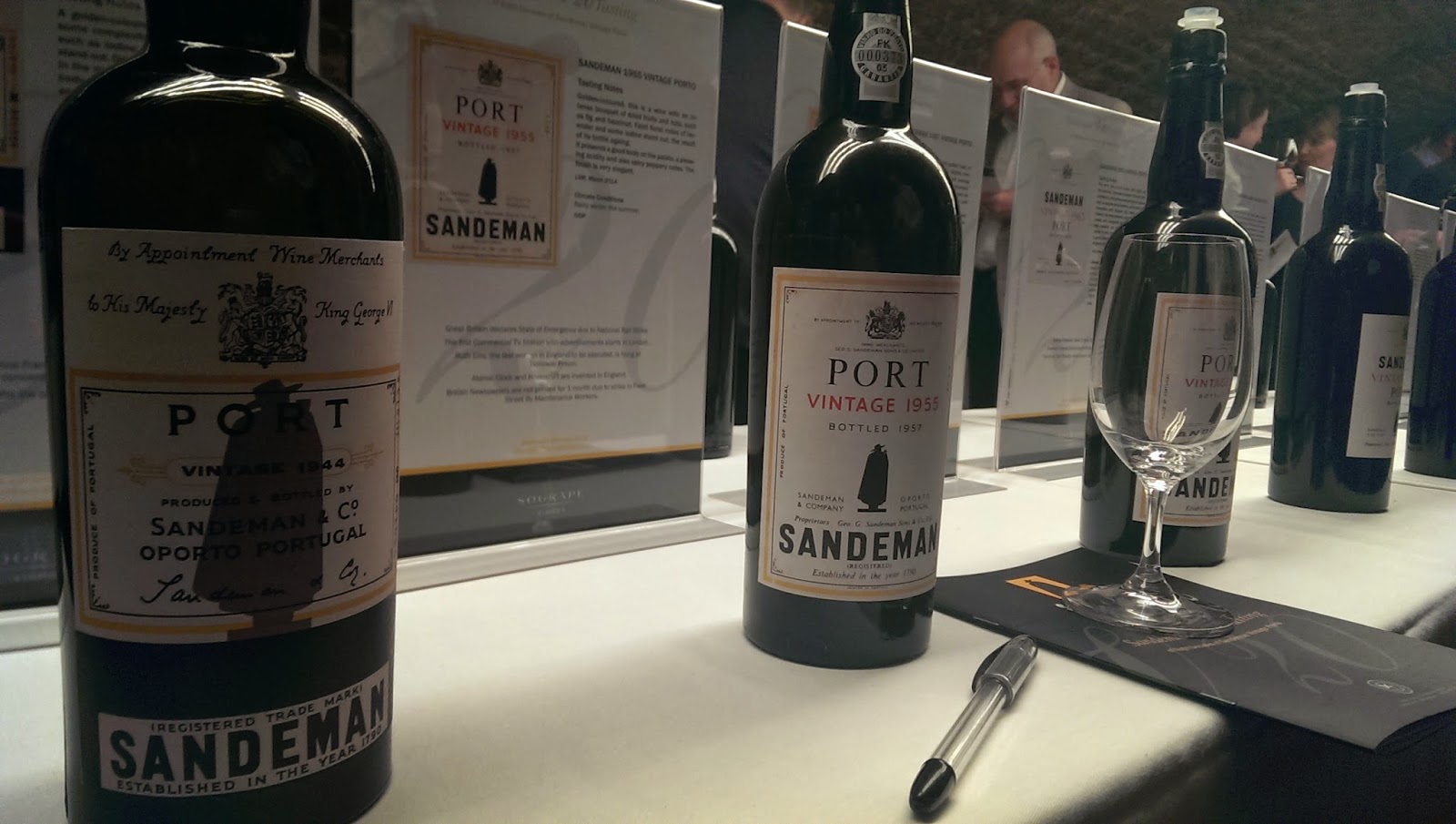 Henry Jeffreys, by contrast, brought up on wines stored well beyond their customary - and often advisable - limits preferred the younger wines.
Theories on peak beard and the role of personal preference in qualitative assessment come into play here; we both preferred a style of wine that was different to our most-common experience and inevitably allowed personal preferences to colour our critical views.
For me, a comparison of the 1944 with the 2011 is not so much apples vs pears as trains vs tennis courts.
The mystery of the 90s wines aside, what was clear from this vertical tasting is that the development curve of these wines has a very long tail indeed; the differences between the 2011 and the 2000 were much more pronounced than those between the 1955 and the 1944.
The ports are available in glass, bottle and flights from The Sign of The Don.