2013 - A Year In Review: Personal Favourites‏ 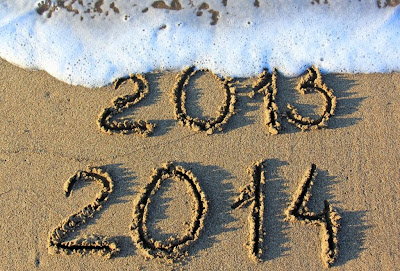 A review of my personal highlights from 2013

There are perhaps two key themes to my most memorable bottles of 2013; older wines and obscure wines - as well as some older obscure wines.

The year started with a tasting of some mature Crus Bourgeois Bordeaux from 2000 matched against current-vintage examples.

The oldest wine I tasted was a 1911 sweet PX from Toro Albala - it was incredible and the most impressive, even if not technically the best in the flight.

There was more aged Bordeaux with a monumental 1989 Haut Brion tasted on the 350th anniversary of the first tasting note of the wine entered by Samuel Pepys in his diary at a dinner at Magdalene College, Cambridge.

As a sherry nut, I was delighted to try not once but twice, the 30yo oloroso from Gonzalez Byass, Matusalem.

Vintage Champagne needs a good decade's aging to come into its own and a 2004 own-label fizz from the Co-op, drinking very nicely now after some aeration, will only continue improve.

This was the year I properly discovered Greek wines - first with a Masterclass by Greek MW, Konstantinos Lazarakis at the Circle of Wine Writers and then on holiday on the island of Kefalonia, home to Gentilini Wines.

I also had my ideas about homogeneity vs obscurantism in wine challenged at a tasting of some of the rarest grape varieties in the world with Jose Vouillamoz - a third tasting from the Circle of Wine Writers.

The Loire's Coteaux du Layon region was not familiar to me when a friend brought along a 1959 example to an aged wine dinner I hosted, but this complex, honeyed Chenin proved to be both my and the group's top wine of the night.

That wine made the 1990 dry Vouvray that I had brought seem positively youthful in comparison.

A 1980 sweet Samos Nectar that had been presented by Konstantinos Lazarakis at the CWW tasting was later declared Jancis Robinson's top wine at the dinner for the 60th anniversary of the IMW.

Finally, a stunning 1984 Pereira D'Oliveira, Bual Madeira tasted at the Embassy of Portugal was "bottled electricity" - and will last forever, if allowed to do so.