A tasting of Chenin Blancs from Kleine Zalze followed by dinner at The Orrery. 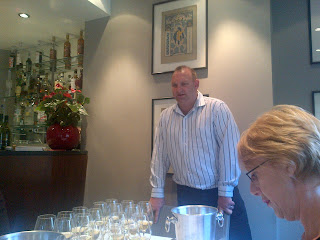 I have historically struggled with South Africa's signature white variety, Chenin Blanc; in its most basic form, it is tart, lean and has a slightly unpleasant herby cress aroma.

It's rather like a young Victoria Adams in the days before she became fashionista and lingerie model Mrs Beckham - all flat hair, bad skin and lacking any real sense of style. Just another Young Turk wanting your attention. 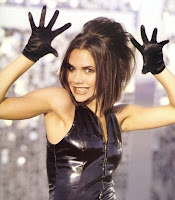 But she has an inner hustle, a desire to be something different - she hangs out with all the right people for long enough and a few make-overs later, her sass is revealed.

Suddenly, she has learnt how to be complex, interesting and worthy of attention, even if she is still fundamentally rather dull. 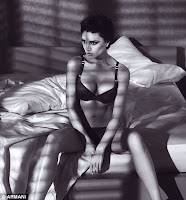 Johan Joubert, winemaker at Kleine Zalze since 2003 showed us a range of his Chenins, but first explained a little about the estate and his philosophy.

Based just outside Stellenbosch, he concentrates on bush vines with no irrigation. He believes that to be financially viable, the vineyards need to focus on producing distinctive wines.

His wine-making principles are:

We started with a vertical tasting of Chenin from 2003 to 2008, before winemaker Johan Joubert revealed his new style of Family Reserve. 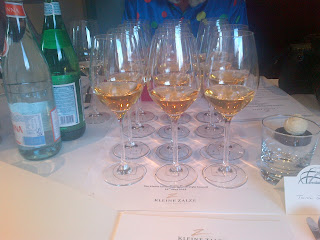 Made from 25-60yo low-yielding bush vines, with 10% - 40% botrytis, extended skin contact, a touch of malo, lees aging, a mix of new and old oak and only light filtration, a lot of work goes into coaxing a good performance out of these grapes.

They are all surprisingly dark in the glass - a deep golden colour, with the 2003 only marginally darker than the 2008.

Susan Hulme MW summed these wines up superbly as well-textured, wines for enthusiasts and like a dry Sauternes. 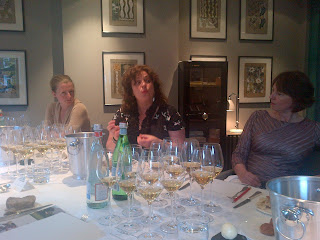 Family Reserve is the flagship label of Kleine Zalze and Johan took a very different, more modern approach for the 2012 - only just released, we were some of the first to try this wine.

The Family Reserve is based on ever smaller plots and expression of the terroir - gone is the botrytis, the golden colour of the wines and the old school / "produced" feel - the wines are fresh, zingy and modern. The grapes for the Family Reserve come from three distinct soil types - granite, duplex and shale.

Pale in the glass, the wine feels young and still tightly wound - it opens up with lots of vigorous swirling, but the overall impressions are of minerality, length, linear acidity, balance and salinity.

But like Grueners from the Wachau, Mosel Rieslings or white Burgundy, if Chenin is going to make a claim to being one of the great grapes of the world, responding minutely to its terroir, I would like to see this made into a single-vineyard wine; impressive as it is, I hope it proves a stepping stone on the journey to the really distinctive, terroir-driven wines Johan referenced in his introduction to the evening.