On Being a Wine Writer vs A Writer Who Likes Wine‏ 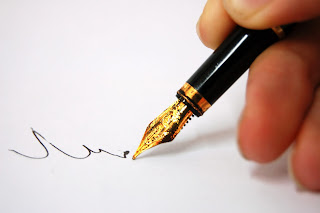 To quote a saying, rumours of the death of the Quaffable blog have been greatly exaggerated; Charles Saunders, writing as Quaffable, appeared to announce what would be his last posting a few days ago in a very thoughtful piece about what it means to be a wine blogger and in doing so touched on a number of themes that I had been vaguely aware of but had not thought about in great depth.

For me, however, the most interesting point he made was about the difference between a Wine Writer and a Writer Who Likes Wine.

This was not a distinction I had considered before and it got me thinking about what he had in mind and wondering which category I would fall into.

To me, a Wine Writer is someone who describes, analyses and assesses wine - it seems to imply a (mainly) serious-minded approach to the subject, a high degree of formal knowledge and a focus on technical matters.

By contrast, a Writer Who Likes Wine is more of a frustrated novelist; someone for whom wine is primarily a poetic, human-interest story, for whom the soil strata, picking date, fermentation techniques and so on are secondary to the story the winemaker has to tell.

Of course, a bad wine remains uninspiring even if the winemaker has a cute story about naming it after his new puppy and it behoves anyone assessing the wine to give an honest appraisal of its merits and shortcomings.

But when the liquid itself inspires us, it is not only natural, but inevitable for Writers Who Like Wine, to seek out the inspiring stories behind the wine - the breathtaking landscape, the individuality of the terroir, the personalities involved not just of the people but of the geography, geology and even the weather from year to year.

The Wine Writer, of course, does not ignore these factors, but they simply do not capture the imagination in the same way.

Wine Writers primarily analyse, assess and opine - Writers Who Like Wine tell stories, and, as in the case of Quaffable and Tom Parnell writing as Old Parn, the wine may not even prove to be the main point of the story.

For me, however, whatever stories I tell, the wine is the main character, the focus of each piece, not merely an adjunct to a great story with a mere incidental role, so this is where I perhaps differ a little from these two Writers Who Like Wine.

However, where I specifically agree with Tom Parnell is in describing wine with metaphors, not percentages; reducing a wine to a single score is something I have never really felt comfortable doing and I now realise part of the reason is that a bald score alone does not tell enough of a story about the wine - perhaps unless it's a mediocre wine and merits only a workmanlike comment of "13/20".

But even then, a wine can warrant a low score for a host of reasons - it might be jammy, overly acidic, lacking finesse, dull or overly fruit-driven - and a mere 13/20 does not provide an adequate explanation of where it is found wanting. 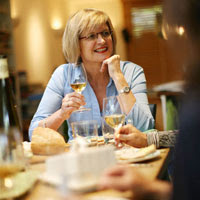 The two writers who most influenced me in my early days are former Evita-actor-turned-wine-critic, Oz Clarke and the first non-trade Master of Wine, Jancis Robinson.

Oz has little in the way of formal training and qualifications, but is a populist, charismatic entertainer, as you might expect given his stage background. He writes and tells stories.

By contrast, Jancis is a more analytical, technical and thoughtful commentator who much less frequently allows her own personality to come across in her writing. One of the world's leading writers of educational and encyclopedic material on wine, perhaps the most influential wine writer outside of the US, she is the wine critics' wine critic.

Oz's populist commentaries on wine are great introductions for the novice wine enthusiast as they entertain whilst they inform and do not get bogged down in technical detail; whilst you'll often find rosewater, fish oil or antique leather in an Oz Clarke tasting note, you won't get lots of facts, data or analyses.

Jancis' writings are much more in-depth, analytical and factually-driven and leave you with a much greater understanding of an issue whose very existence you might not have been aware of previously, but may not provide you with such a good line to use at a dinner party.

Speaking of which, as the proverbial dinner party guests, Oz would offer entertainment and jocularity, whilst Jancis would bring insight and wisdom, and if forced to choose between the two, I would genuinely struggle to make a decision.

And that dilemma perhaps encapsulates my own approach to reviewing wines - yes, I am a wine geek to my family, friends and perhaps all but the geekiest of wine enthusiasts, but a lumpen diet of technical data and statistics simply does not do it for me and I want to hear the story behind the figures.

So where does that leave me as regards Quaffable's dichotomy ?

Whilst I don't feel that I have a series of potential novels inside my head waiting to be written, and my blog posts are not structured with plot and character, conflict and resolution, I do like to tell stories and convey impressions about a wine.

However, I also feel an obligation to back up these stories with a degree of facts and data, to include both objective and subjective elements.

So neither fully a Serious Wine Writer nor able to characterise myself as a Proper Writer, even One Who Likes Wine, I'm not sure I fit wholly into either category.

And so I must define myself differently, and that is as an Educator - in the broadest sense; someone who wants to wants to inform and attempts to do it in a vaguely entertaining way with stories and anecdotes.

Certainly, I used the same approach when I worked as a language teacher in Russia two decades ago and in my first forays into wine education more recently as a presenter and speaker, several years before I started writing my blog regularly.

And for me, either speaking or writing about wine has been as much of a self education as a means of passing on information - for to present or opine on a topic requires that we learn something about it in the first place.

I was recently accepted into the Circle of Wine Writers, after naively coming up with the notion that I could forge a lucrative career as a wine writer and give up my day job - unfortunately, I only realised there is no money in wine-writing after I sent off my application, so at that point I decided just to roll with it.

As someone who views himself as more of an educator than a writer, it may seem odd to have joined this organisation rather than, say, the Association of Wine Educators.

However, education is generally considered to involve synchronous communication (i.e. addressing a group of people directly) and as a presenter, I find that there is only so much information one can convey to a mixed group over the course of a tasting.

By contrast, I find writing allows me to explore topics in much greater depth and inadvertently, the written form as the medium of the education is how I am defined - at least by the CWW.


Ultimately, though, I take inspiration from composer, rock god, arch humourist, social comentator, political actvivist and briefly the Czechoslovak trade envoy to the US, the late Frank Zappa, and define myself as just another wine blogger from Cambridge.

Oz and Jancis images from their respective websites.

Just Another Band from L.A. - http://www.coverdude.com/covers/frank-zappa-just-another-band-from-la-front-cover-12847.jpg