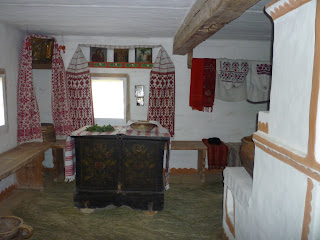 Another interesting footnote which turned up during my research is that Russia and Ukraine claim to have permission from France to label their sparkling wines "Champagne"; apparently, when sparkling wines were introduced into the then Russian empire, the rights to the use of the word “Champagne” was granted in perpetuity to the Russian Imperial Government by the French and that this cannot be rescinded.
No comments:

Matching cheese and wine - Presenting to the Cambridge 800 Committee at Anstey Hall, Trumpington

Red wine with cheese ? Er, no thanks actually. As more people (including some esteemed wine writers) are finding out, cheese generally matches better with white wine. The main reason for this is that salt and tannin do not match. Now, most cheeses are fairly salty and most red wines have a fair amount of tannin, so the only surprise is how the whole red-wine-with-cheese myth came about in the first place.

Also, as cheese tends to have a fairly high fat content, the higher levels of acidity in a white wine, such as a Riesling or a Sauvignon Blanc, tend to cut through the fattiness of the cheese nicely.

That was the outline of a talk I gave to about 70 people at Anstey Hall in Trumpington, whose owner, John de Bruyne, had kindly made a room available for us. Normally, I give talks at the Cambridge Food & Wine Society, but someone who had been to one of my earlier talks on food and wine matching asked me if I could present this one for them.

My audience was members of the Cambridge 800 Committee, which raises money for the Cambridge & County Folk Museum (pictured), so it was all in a good cause. I was also joined by one of the Waitrose team from Trumpington who had researched the cheeses and got a colleague from the wine department to suggest the matches.

In the end, we sampled just one red wine that evening - a Rioja, paired with some manchego. Now I like both Rioja and manchego very much but, for me, the two were not necessarily enhanced by being consumed together, which rather supports my original position. The highlight of the evening was definitely an Austrian dessert wine with Roquefort. Both were delicious on their own, but together they really worked; creamy, yet pungent Roquefort matched with the unctuous, honeyed Beerenauslese.

The evening was really well received, but it was not my only speaking engagement that week - a few days later, I was due to give a talk on Ukrainian food ...
No comments: