Earlier this week, I attended my first Circle of Wine Writers event, a vertical tasting of De Martino Carménères from 1996 to 2010 from the Alto de Piedras vineyard in Chile's Maipo Valley with wine-maker (and heavy rock fan) Marcello Retamal and winery owner Sebastian De Martino.
﻿
﻿With around a dozen wines to taste through, pages of technical sheets, an extensive presentation from Marcelo and Q&A, there was far more information conveyed than I have the capacity to do justice to here.

But two particular themes came across above all others - the variety and potential of Chilean terroir and an almost Damascene conversion by Marcelo to a more restrained, textured and individual style of wines, backed by the winery even if in the short term it might not seem to make the most commercial sense.

I first became interested in the idea of Chilean terroir when listening to Rafael Urrejola of Vina Undurraga talking about his Terroir Hunter range and Marcelo Retamal's talk had a similar focus on soil types, geography and geological history.

﻿The story of Chile's terroir, of the very formation of the country's land mass is complex but a potted history includes the rise of the low-lying coastal range of mountains from out of the sea bringing the interior plain with it, followed by the creation of the much higher Andes, the various effects of Chile's approximately 3,000 volcanos, frequent earthquakes, the last ice-age around 17,000 years ago and the glaciers and rivers formed as a result.

With plains, altitude, valleys, rivers and a variety of soil types, the terroir is complex with diverse microclimates and is not yet fully understood by winemakers, only a small vanguard of whom are seriously studying its potential.


There is clearly a long task ahead for, as Marcelo explained, to understand a vineyard takes at least 15 years.

Speaking specifically about Carménère, he explained that the key factors currently known for success are a warm climate, low organic material content of the soil (less than 2%) with the presence of rock and 10%-20% clay with rock and sand, annual rainfall below 900mm, drainage and the presence of a water table.

Long mistaken for Merlot, Carménère was not discovered in Chile until 1992 - and it was found in one of De Martino's vineyards. It has a similar flavour profile to Merlot with ripe, plummy fruit and gentle tannins, but has something of a sour cherry aroma and acidity, often with savoury aromas of soy, leather and coffee.

The Alto de Piedras vineyard was planted in 1992 with 100%, ungrafted Carménère vines (Chile is Phylloxera-free) and the first vintage, produced in 1996 and labelled as Santa Ines, was the first varietally-labelled Carménère in Chile.

And with no benchmarks for what Chilean Carménère should be like, the winery has been trying to understand the grape and find its house style over the years.

This final point is perhaps key to understanding the second theme of Marcelo's presentation as from 1996 onwards, the wines become increasingly bigger, riper and more alcoholic.

Harvested later and fermented for longer with more new oak and additives like tartaric acid and cultured yeasts, the wines became bigger and more full-on - more Pamela Anderson than Gwynneth Paltrow, as Marcelo graphically presented in his talk; one pumped up, big, blowsy and in-yer-face, the other slender, classier and more elegantly subtle.

It was an apt metaphor as neither of these ladies has exactly been beaten with the ugly stick and both have been extremely successful and popular. And so it proved to be with the wines, with none of them bad or unpleasant, but in the years of excess, the natural beauty within had been lost under layers of artificiality.

This was done partly - perhaps mainly - in a chasing of critical approval and ratings from the US, where typically wine critics give higher scores to wines with lots of ripe fruit and high alcohol contents.

And whilst a brash, hot blonde in a bright red swimsuit is few people's idea of A Bad Thing (I think I speak for most men generally here), the truth is most of us would actually rather settle down with a classically beautiful, witty and well-spoken, period-drama English heiress.

In more conventional terminology, to anyone brought up on European, Old-World style food wines with more restraint and balance and less alcohol, sweetness and oak, the bigger, more full-on wines will seem overly contrived, unbalanced and lacking in texture. 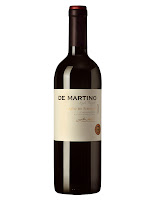 The early vintages we tried had relatively Old-World levels of alcohol, under 13%, and little if any oak - with an aged brick-red in colour, they showed pruney fruit, secondary aromas of coffee and were rounded with good acidity and well-integrated tannins.

From 1998 onwards, the harvesting dates, alcohol contents and fermentation periods tended to move only in one direction, with more extensive use of new French oak.

These wines showed more up-front cassis fruit and sweet vanilla with perhaps 2002 being the most overworked example, but subsequent years also showing a sweet, jammy texture with lots of ripe cassis and vanilla and dry tannins on the finish.

As Marcelo explained, around 2008 he began thinking about the wines he was making and first noticed he did not drink them at home often, then feeling that the style was too international and lacking in individuality, before finally concluding that he did not actually like his own wines any more.

At the time, he found himself appreciating the individuality, finesse and restraint of wines from Jura, the Mosel and Jerez / sherry.

At the same time, he also started thinking about the level of his intervention as a winemaker and wanting to move towards a more natural way of making wines, without cultured yeasts, herbicides or enzymes and  decided that over-oaking in small barriques was not the right way forward either with the wine better aged in much larger 5,000-litre foudres.

The decision to put the machine into reverse gear and start making a more classical style of wine came with the 2010 vintage - harvesting the grapes several weeks earlier resulted in a wine with alcohol down to 13.6% whilst time in oak was reduced to 8 months in new, plus a further 9 in old.

This wine felt fresh with pleasant, but not excessive, sweetness and mintiness; it also had a denser, more inky texture, with good grip on the finish.

Marcelo explained that the 2011 will see earlier picking, a further reduction in alcohol levels, aging in large oak foudres rather than small barrels and greater emphasis on subtlety and texture as a result.

To me, and I think everyone else in the room, the 2010 vintage was a much more enjoyable wine than the earlier, point-chasing years' and a lot of the questions at this point addressed the commercial implications of such a change.

Speaking for the winery owners, Stefano acknowledged that it had felt like a brave decision given the importance of the US market to them, but their philosophy was to have a point of difference, adding that most of their wines are sold in the on-trade which needs food wines.

He also felt that their wines are part of a general movement and that the market is starting to go their way generally, with some influential US critics approving of the new, more restrained style.

As Tim Atkin summarised at the end, it is a brave decision to go against the whims of the influential wine critics and produce a wine with lower alcohol and more texture that perhaps may not score so well.

And for those of us who appreciate some texture, elegance and classical finesse in our wines, who do not want to find in every wine an international wannabee, but would rather come across a bit of individuality and natural beauty, it behoves us to speak out in favour of the wines themselves as well as the winemakers and winery owners who take the decision not to bow to the pressures of fashion, but to follow their vision of what a wine should be. 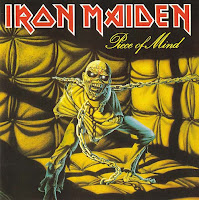 To give the last word to Marcelo, acknowledging that he could not tell whether his new style would be commercially successful, but knowing it to be a better wine, he explained his gung-ho approach via the title of his favourite rock song by English metal band, Iron Maiden: from the album Piece of Mind, If you're gonna die, die with your boots on.

Perhaps in his now-wilderness years he had been listening to a later album of theirs too much - Powerslave.