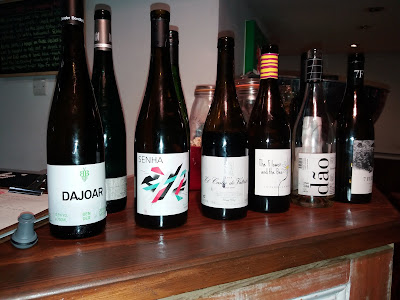 A tasting of Indigo Wines at Cambridge's Thirsty & Hungry

He doesn't have spiky hair and studs, but Sam Owens is still something of a punk; the man behind Thirsty and now Thirsty & Hungry (they also serve food), he is energetic, visionary and iconoclastic.

The Thirsty empire is not just about selling drinks, but more a social way of life and bringing people together. The wine list changes regularly and is low on classics or standards; instead there is a real mixture of places, grapes, production methods and packaging.

The consistency of Thirsty is in the quality and the style, a well-made, vibrant freshness; it is a place where you go to explore rather than simply return to the same again.

The latest addition is a range of wines from Indigo, a multi-award-winning importer with a reputation as one of the UK's most interesting independent importers of quirky, artisanal wines. With a particular strength in Iberia, they champion small producers who practise low intervention approaches. 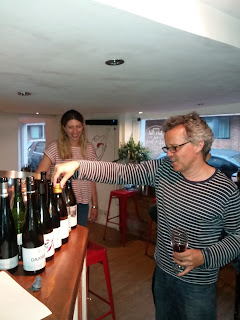 Dajoar (Andreas Bender, Mosel)  off-dry with a playful sweetness that balances out the crisp acidity. This is beautifully bright and fresh, with plenty of green and yellow fruits, great intensity and grip on the mid- palate and a long mineral finish

7 Fuentes (Suertes del Marqués, Tenerife) a blend of several plots, all on volcanic soils, and its main component is the wildly aromatic Listán Negro, followed by a small amount of Tintilla (aka Trousseau), juicy and refreshing 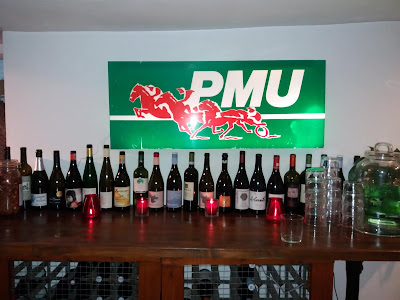 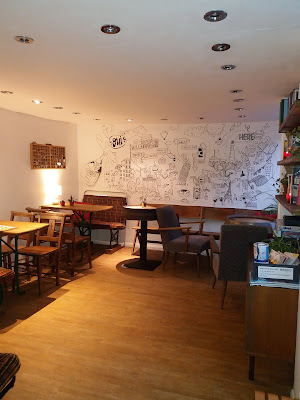 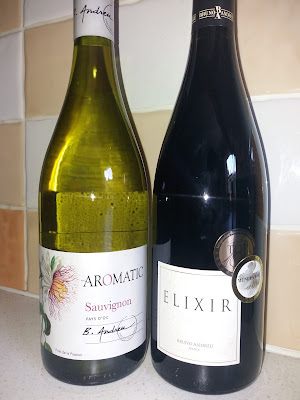 Newly-created and based in the Languedoc village of Montblanc, Maison Bruno Andreu has been in existence for only one vintage so far.

The eponymous former marketing manager of Château La Condamine Bertrand decided to set up on his own in late 2017 and established Maison Bruno Andreu in January 2018, buying and renovating a winery.

The red, Elixir, has  won a TOP 100 medal; the Sauvignon is more New-world style. 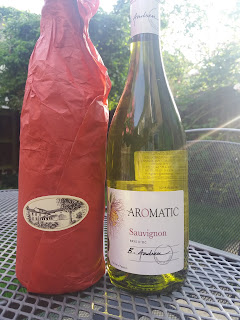 Match with antipasti, white fish in a herb broth or drink as an aperitif. 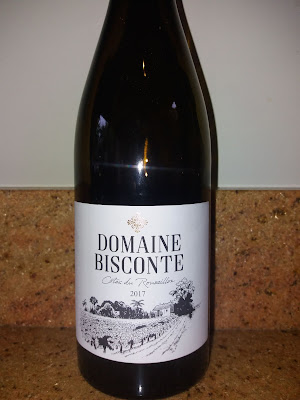 A bank holiday weekend meant a trip up to my parents'.

Over the course of three days, we ate, drank and caught up with each other over various meals. The kids had put in a special request for fish and chips and a curry and there were home-cooked meals as well, so we ended up trying quite a range of drinks.

Some were better than others.

Mum has a fondness for Laithwaites wines that I've never quite understood; Dad's generally happy with whatever's put in his glass.

I have to confess to a certain amount of eye-rolling about Laithwaites wines - they are usually not terrible, just rather dull. in that sense, they conform to Rory Sutherland's definition of a brand as being a guarantee of non-crapness.

My complaint is not so much that the wines are mediocre (they are) or that they are oversold (they are) or overpriced (they are). No, it's the whiff of dishonesty that irks; the slight-of-hand, the knowing-yet-confidential references, the casual mentions of high-priced / high-scoring wines, the almost-religious belief in the most tenuous of connections.


I know that Laithwaites are wine sellers, not wine educators, but telling your audience that mediocre wines are great wines just seems a bit ... wrong. 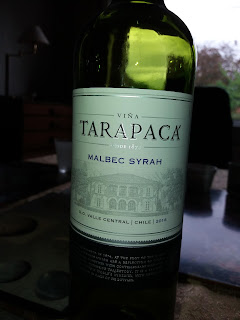 Viña Tarapacá Malbec Shiraz 2018 (£10.49 plus delivery) gets a lowly 3.0/5 from Laithwaites customers; confected and jammy, aiming for a bigger-is-better style. 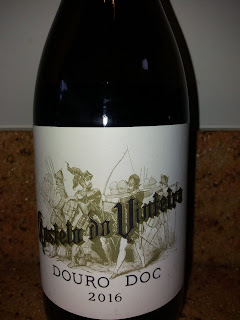 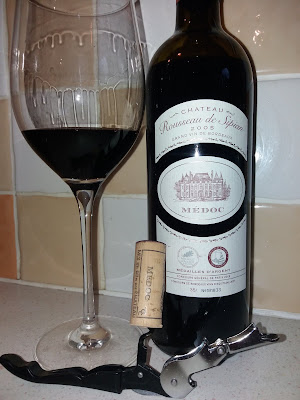 Mature red Bordeaux is something special; age does something to a wine that nothing else quite achieves.

Maturing wines can become an expensive business if you put them in storage or even buy your own wine fridge. It is not for the buy-open-drink crowd.

I inadvertently carried out not just one, but several aging experiments with this wine bought on special offer for under a tenner at Cambridge Wine Merchants in 2010.

The first was to buy two cases and drink them over the following decade; youthful and grippy even at five years, it has - like all of us - softened and mellowed with time.

The second was to store both cases under the stairs, but with one in the rack and the other in the box on the floor. The last couple of bottles of "rack" wines were faded and somewhat disappointing. By contrast, the "box" bottles have proven extremely well-preserved and show no signs of deterioration.

So it is possible to age wines at home without expensive equipment; you just need to make really sure they stay cool.

It is also both possible and desirable to age relatively inexpensive wines for a significant period of time; bear in mind 2005 conforms to Jancis Robinson's Bordeaux "rule of five", so look for 2010s or 2015s if you want to lay something down now.

Finally, the wine also picked up a nod from Tim Atkin, as well as a couple of gongs.

So, if you want to try aging wines, pick a style that is intended for aging, buy enough to be able to try one every six months or so and see how it develops over time, keep it really cool and look for critical recommendations.

This one still has plenty of life left in it and as I'm now down to my last two bottles, I'll leave it at least a year or so before I try it again.

Age and scarcity increase the value of a wine and therefore heighten the emotional context of drinking it - as two diners at Hawksmoor Manchester recently found out. 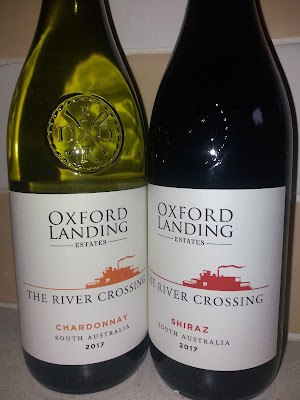 Two wines from Australia's Oxford Landing via The Co-op

First I was sniffy about Australian wines, then incredulous.

Later I found them too lean and austere.

Finally it all fell into place at an Australia Day tasting.

These two are Big Brands and none the worse for it. Well-made, well-presented, easy-drinking; what's not to like? For me, the gently-oaked Chardie is the more enjoyable wine; the Shiraz I find a little fruit-forward.

Match with herby sausages, salami or bolognese.
No comments:

Email ThisBlogThis!Share to TwitterShare to FacebookShare to Pinterest
Labels: Australia, The Co-op

Rosés from the South of France - Foncalieu 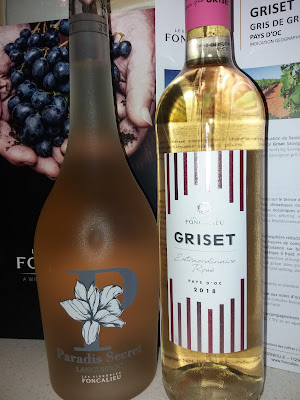 Vignobles Foncalieu is a southern French collective based in the heart Languedoc who are pioneering new approaches to wine; I have been nothing but impressed with not just their wines, but also their innovation and willingness to challenge convention in presentation, such as labelling, packaging ans design.

It may seem a moot point to judge a wine by its labelling, but scan a shelf of wines quickly and few will stand out, however good their contents; Foncalieu's wines are distinctively presented and memorable.

The first has a Boaty McBoatface of a name; the second clearly has an eye on the designer rosé market with its elegant frosted bottle and glass stopper.

Drink either of these wines as an aperitif, with aromatic starters, sushi or mixed antipasti.

Paradis Secret a zeitgeisty rosé with a blend of Grenache, Cinsault and Syrah; very pale and elegant with white stone fruits, citrus and some red-berry fruit; white pepper, zippy lime and grapefruit. Precise and linear, supple with saline minerality. 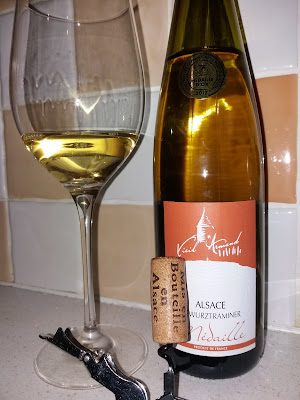 Gewürztraminer is not the easiest wine to track down in the UK, but a quick search suggests that you will find a few supermarket examples as well as at your local wine merchant; I brought this one back from France.

Aromatic with exotic fruits and spices, Gewürztraminer is highly distinctive, perhaps even a bit Marmite in that you will probably either love it or loathe it.

The New World produces some Gewürz - you will find it in New Zealand and Chile - and its name purports to originate from the German-speaking Alto Adige or Südtirol (the name means "Spicy from Tramin / Termeno").

However, the spiritual home of Gewurz is Alsace where it is one of the most widely-planted grapes. This is a medal-winner with a couple of years in bottle.

Drink with rich pâtés or gingery stir fries.
No comments: 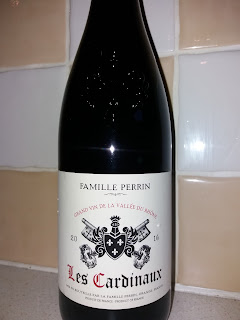 A spicy-yet-fresh southern Rhône from The Co-op

I have to confess a bias here - I have had several holidays in the Rhône and I think it's a lovely place. It's the fruit garden of France. Lavender-scented, hot, dry and dusty in the summer with rocky mountains. And ripe, spicy wines with the wildness and attitude of Manon de Sources.

Unlike their Northern counterparts, Southern Rhône wines are a blend, often of the classic Grenache, Syrah and Mourvèdre (aka GSM).

This one is made by the illustrious Famille Perrin and comes in a smart, embossed, heavy bottle which makes the wine taste better (this is not a joke, there is scientific evidence of this).

It also gets a nod from Knackered Mother and MW Tim Jackson, who scores it a 16/20.
No comments: