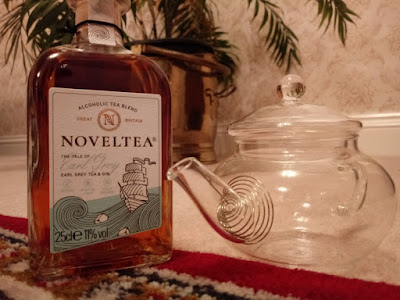 Early Grey tea and gin - what could be more British?

If you are looking for a gift or need something to cheer up a loved one in self-isolation lockdown, Noveltea's Earl Grey gin will put a smile on their faces.

The gift set comes with a teapot for serving the gin warm - or you can add ice and have it chilled.

Serve as part of a boozy afternoon tea. 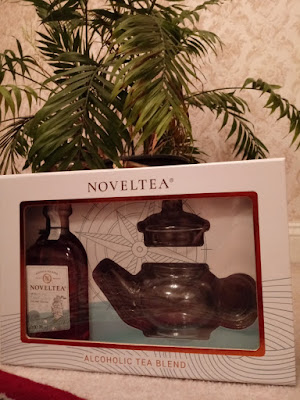 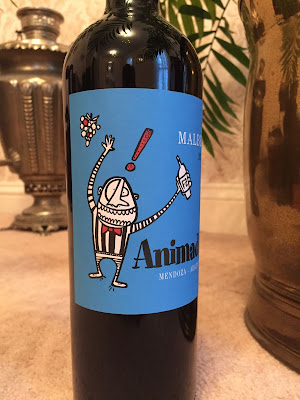 A good independent wine merchant will be able to get hold of interesting wines in relatively small quantities that you will not find from larger retailers.

There are a couple of ways to establish if the merchant is good 1) longevity 2) try a few wines at random.

Independent wine merchant House of Townend has something of a grand history dating back four generations to the early 1900s, so clearly they have been doing something right.

These days they have a couple of commendations from Decanter, but what really matters is whether the wines are any good.

These two wines were not selected at random, but they provide something of an introduction.

Below £10, you are generally not looking at "classic" regions and these two bottles are from areas noted more for value than for heritage. What this means in practice is that you get a modern style of mainstream wine with more of your money going into quality than badging for label-snobs.

They are both well made, sophisticated, fault-free and very easy-to-enjoy.

Well made and thoroughly enjoyable.

Drink as an aperitif or match with light starters; goat's cheese crostini or prawns with coriander leaves.

Animado Malbec, Argentina (£9.49) from Argentina's Zuccardi winery, this drinks nicely straight out of the bottle but opens up with some air; juicy blueberry and black cherry fruit with soft strawberries and raspberries and some spice. Fresh, harmonious and easy-drinking with a supple texture. Very deft and elegant.

Fresh and juicy enough to quaff, match with pâté, salami or steak. 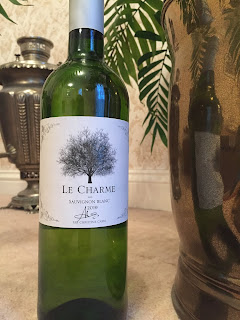 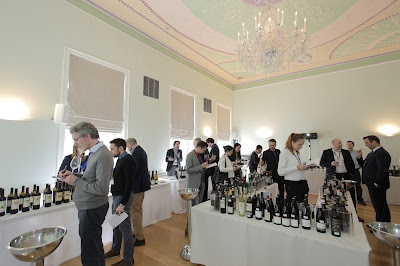 Top Selection is not a great name for a wine merchant; it has something of a budget supermarket's premium own brand about it. Which is a pity because the wines themselves are superb.

From traditional classics, to emerging regions and some really off-piste wines, if you are prepared to start buying in low double-digits and move up from there, there is a huge breadth to explore.

I liked every wine I tried and scored all of them at least a Good, so here are my highlights:

- Styrian Sauvignon from Tement; it is lovely to see these wines back in the UK, steely, precise and mineral, they are some of my favourite Sauvignons

- elegant Swiss wines; they're not cheap, they're not good value but they are unique, pure and sometimes so silent that it takes time to hear them

- Moroccan wines from Meknes; a first for me

- really outstanding Cahors wines from Lagrezette; at £80 the Paragon is pricy but still exceptional value for the quality

- 100yo solera sherries from Bodegas Yuste

- German Riesling beer; a "personal project" blend of 1/3rd Riesling with 2/3rds beer to give fruit-pickers something refreshing after a long day in the vineyard 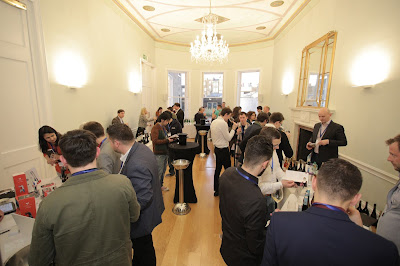 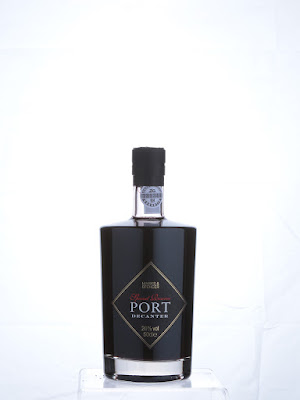 This is a basic ruby port, thoroughly pleasant and very typical with nothing not to like here - a good entry-level example.

Sip as an after-dinner drink or match with chocolate and cherry torte.
No comments: 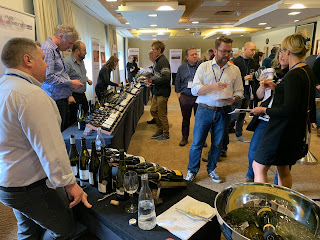 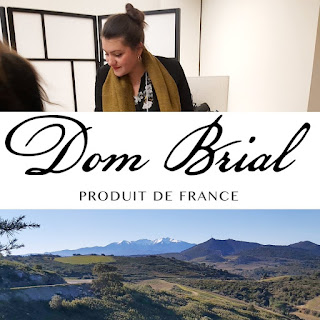 Mothers' Day Wines from The Co-op Is your mum a red or white sort of person?

In her youth, my Mum smoked, drank coffee and was attracted to my Dad for his spontaneity, idiosyncrasy and charisma.

More recently, Mum managed to get herself into a bit of a scrape and, when three people had tried and failed to help her, ended up calling the Fire Brigade, making a point of her age, and asking to be rescued. They said "Madam, we're on our way" and within a few minutes a crew of burly Firefighters had come get her out of trouble.

As she told me the story, I asked her: But did you not actually, at any point, consider the risks of what you were doing? She replied; look dear, if you're going to be like that about it, I won't tell you these stories any more.

I love my Mum.

Of course, I didn't tell her that at the time; I just told her I needed to see pictures or it didn't happen. It turns out that a selfie with the Fire crew was not a priority for her.

My Mum likes red wines and whites with a bit of  something about them (which is essentially what a rosé is), so here are two that will suit her.

Drink as an aperitif or match with tapas, salmon or prawns.

Match with darker game, such as duck-liver pate or venison steak.
No comments: 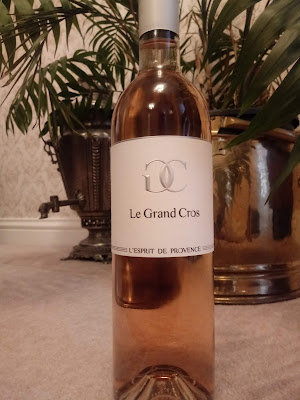 A crisp and mineral Provence rosé from Berry Bros & Rudd

If Provence rosés are generally Dickie Greenleaf, this one is more Tom Ripley - externally conventional yet darker, edgier and more complex beneath it.

Drink as an aperitif, or match with salads, seafood pasta or pea, courgette and artichoke risotto. 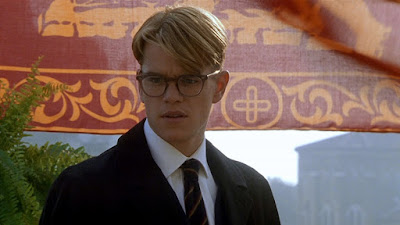 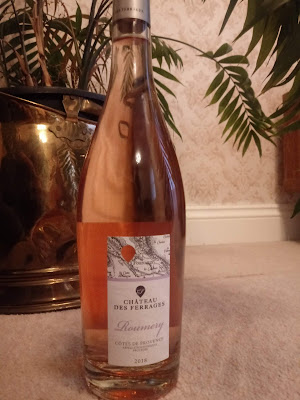 Son of a gun: an elegant and beautifully-presented Provence rosé

The sun is shining, the days are getting warmer and the sap is starting to rise. Time to get the Provence rosés out; this one is a Dickie Greeleaf of a wine - easy-going, expensively assured and unassuming.

Drink as an aperitif or match with salads, seafood, grilled chicken or pasta. 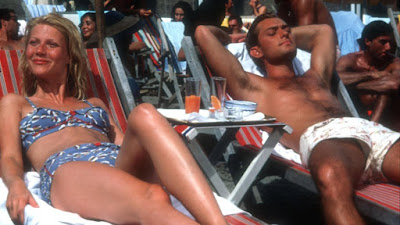 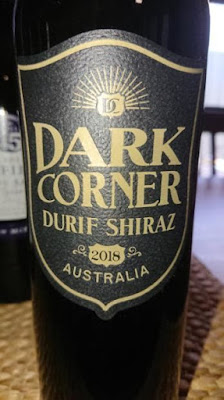 Another chunky red from Laithwaites

According to the Laithwaite's website, this is the pet project of a rising-star winemaker who didn’t want anyone to take a look or taste it until he was absolutely ready.

The ambition is admirable, but it does not exactly live up to its ta-dah billing.

This is not a result I would want on my winemaking CV; in fact, if I'd worked for ages and all I'd come up with was this fruit-bomb mediocrity, I would be much more likely sell it off as quietly as possible with the under strict instruction that my name was never to be linked to it in any way.

Is it a terrible wine? Not really - it's just somewhat unsophisticated, overpriced, alcoholic fruit juice for people who either don't actually like wine or don't know any better (Laithwaite's customers give this 4.4 out of 5).

What's there is vaguely pleasant as long as you don't pay too much attention to the details.

Dark Corner Durif Shiraz 2019 (Laithwaites, £10.99) dark plum and dark berry fruit with spice and liquorice; no rough edges but rather unsophisticated. All fruit, no underpinnings.

Support Your Local Indie - Use Them or Lose Them 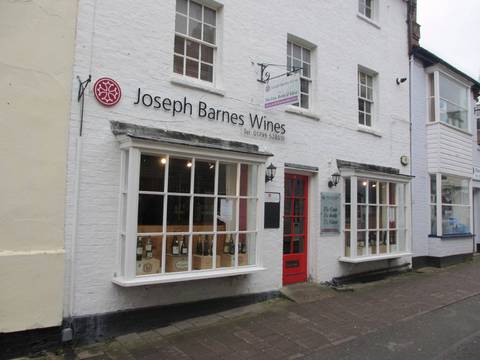 You'll miss them when they're gone ...

Retail is a brutal business; sectors and businesses that seemed solid a few decades ago are now a bloodbath - high-street retail in areas like banking and fashion have been well and truly disrupted by technology.

The sectors that continue to do well on the high street today are the sorts of activities that you can only do them in person - nail bars, hair dressers and coffee shops.

There is a saying that with every purchase you make, you are making a choice about the kind of world you want to live in.

Do you want a vibrant, thriving local scene of independent businesses; or a cut-price clone town of standardised, race-to-the-bottom chains?

If the former, then don't forget that you need to keep visiting local traders to ensure they stay in business. 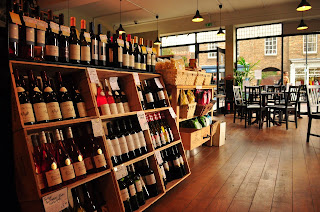 If you want your local independent wine merchant to be around in, say, February, then maybe consider spending some money with them in January. Less-but-better January might just ensure that your local independent can pay staff wages and put food on the table in the quiet season and still be there for you on Valentine's day, throughout the summer and in the run up to Christmas party season again.

Local indies in the Cambridge area include:

- Cambridge Wine Merchants, who have bars as well as shops
- Noel Young Wines, have a new wine shop and bar
- Bacchanalia, two sites in Cambridge including one in the hub of independent shopping, Mill Road
- Private Cellar, MW-sourced wines from a small internet retailer
- Thirsty and Thirsty and Hungry, small, quirky and iconoclastic - and that's just the owner
- Joseph Barnes Wines, handcrafted wines from small, independent chateaux

And it's not just independent wine merchants.

Be it your local pub, café, bakery or Spanish private chef, remember to use them or lose them.
No comments: 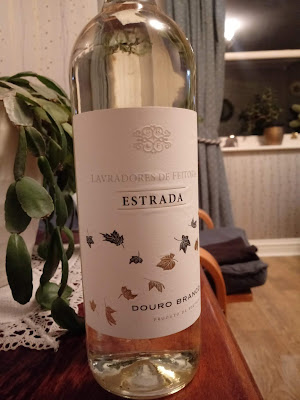 A new Portuguese white from The Co-op

With hundreds of native varieties and varied terroirs, Portugal produces a huge range of wines.

This new Estrada Douro White is intended to be reminiscent of the Portuguese wines enjoyed by the growing number of British holidaymakers travelling to Portugal each year.

It also adds to the Co-op's range of green, organic, sustainably-sourced wines, made in harmony with the environment, adopting eco-friendly practices across its vineyards from minimalizing water wastage to reducing carbon emission through sustainable viticulture methods.

The Douro is known most for port and, increasingly, red wines; whites are something of a novelty - over here at least.

Estrada Douro White 2019 (£8, The Co-op) crisp, fresh and floral, it is a thirst-quencher with citrus, orchard fruit and minerality.

Improves with some aeration.

A versatile food wine, match with seafood or peri peri dishes.
No comments: