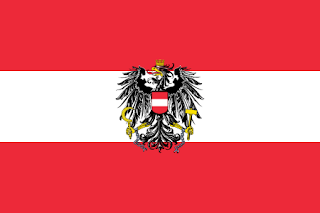 To understand Austria, you have to understand its history - that goes as much for its wines as for the country itself. This was the basis of a talk I gave some time ago to the Cambridge Food and Wine Society. I lived in Austria for two years before returning regularly on business and was always reminded of something I'd read along the lines of "Austria is rather like a formerly very fat person who has recently slimmed down and has not yet become accustomed to his reduced size and still turns sideways to walk through doorways". Students of history will know that since 1918, Austria has been but a shadow of its former imperial self that ruled most of Europe and controlled the Holy Roman Empire for nigh on 800 years.

The key date for Austrian wines is 1985, when a scandal erupted over the addition of glycol to wines to add sweetness - glycol is a component in the anti-freeze used by farmers in their tractors and is tax-deductible. The scandal only came to light when the tax inspectors became suspicious at the size of the tax deductions being claimed by some wine producers due to the vast amounts of glycol they were adding to their wines.

The result was predictable headlines of "anti-freeze in Austrian wines" and an overnight collapse in Austrian wine exports. But the long-term benefit of all this was that the industry cleaned its act up, growers brought vinification back in-house, invested in new stainless steel vats and started making wines in drier, more fully-fermented styles (semi-sweet wines had something of an understandable stigma by this point).

Austria itself is not a big country and it is four fifths mountainous, so there are limited places for planting vines - broadly three areas: Upper Austria, the area west of Vienna along the Danube and especially the Wachau Valley, Styria to the south west, high up on the Slovenian border, and Burgenland, Austria's newest region to the south east of Vienna bordering Hungary on the Pannonian Plain. I chose wines typical of each region - we started with two very crisp-yet-aromatic whites wines from Styria where the cool nights due to the elevation of the vineyards give a long growing season which results in wines that are full-bodied yet high in acidity - perfect aperitifs, in fact.

Next followed two examples of what has been touted as Austria's signature grape and is certainly its most planted variety, Gruener Veltliner, from near the Wachau area. Nicknamed GV and GruVe, it typically tastes of white pepper, lentils and celery. One comment on the evening was that it was more a "green" than "white" wine. As if to prove that Austria can also tackle more international styles, we followed this with a delicious Burgundy-style Chardonnay from Neusidlersee.

Personally, I tend not to buy my reds from Austria, but for completeness I presented a Blaufränkisch (neither blue, nor French, despite the name) and a St Laurent (related to Pinot Noir) from Burgenland. The consensus was that these were well-made, but lacking the complexity of the whites and tasting rather like a simple Beaujolais. Finally, we moved on to the high point of the evening - two fantastically luscious, rich and honeyed dessert wines from Neusidlersee in Burgenland. Neusidlersee is a shallow lake surrounded by low vine-clad hills - a perfect geographical set up for the creation of botrytis, the “noble rot” which creates the world’s greatest sweet wines.

Basic Austrian wines are not cheap; they are not made in large enough quantities for prices to benefit from economies of scale. However, at the top end, although increasing in price, they represent excellent vale as they have not (yet !) gained the kind of international reputation of wines from Burgundy, Bordeaux or California. The best way to buy them is to go to Austria and get them there, but if that is not practical, the next best bet is to search out a specialist importer and be prepared to pay a little more than average – but you should find something excellent in return.

All wines purchased from Wein & Co, except #9 from Noel Young.