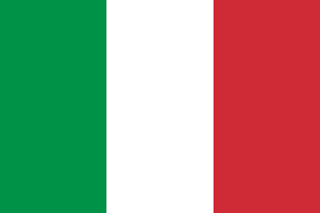 Two of my favourite wine-producing areas have something in common - they are both places that I have been to regularly and where I have been able to try a wide range of the wines. I had not really considered the significance of this until I went to a classic Italian reds tasting at the Cambridge Food and Wine Society at the weekend. We started the evening, so to speak, in Alto Adige, or Suedtirol, the German-speaking part of Italy that formerly was part of Austria and gradually moved south via Tuscany and Abruzzo ending in Umbria.

Italy is often spoken of as the most oenologically intricate and complex of wine-producing countries, confusing to the outsider, yet despite its inconsistency, as capable of achieving greatness as anywhere in France. I have never been a huge fan of Italian wines, never had that "Alfa Romeo" moment when everything suddenly comes together in a thrilling pinnacle of gorgeousness. Attributing this to a lack of effort on my own part and also to not having spent much time in Italy, I was keen to see what a tasting of eight classic reds would reveal.

Two things became clear from this tasting - firstly, Italian reds are decidedly food wines. As we sampled variously Sangiovese, Nebbiolo and Montepulciano d'Abruzzo, a frequent comment around the table was "Mmmm, needs some food to go with it". These were challenging wines, high in tannin and acidity but, sampled with the (Italian) buffet afterwards they suddenly made sense as they stood up to and cut through the strong flavours of rocket, salami, cheese and sun-dried tomatoes.

The second point was the different results achieved using new vs traditional techniques. The wines made in a modern style were noticeably influenced by France - short fermentations and aging in small, French Allier barriques gave them an up-front richness and vanilla sweetness that was instantly recognisable and easy (or at least easier) to enjoy on their own. By contrast, the wines made in the traditional Italian style with long fermentations and aged in "botte" (large wooden barrels of up to 2,500 litres - around 10 times the size of a French barrique) had less up-front fruit and more of the essence of sour cherries to them. A bistecca alla fiorentina, a huge lump of seared yet bloody steak, would be the perfect accompaniment here.

So, now I feel like I do "get" Italian reds, but understanding and liking are different things so it remains to be seen whether respect will turn into affection. Maybe a driving holiday around Italy will provide the answer. In the meantime, I am left with something of a philosophical question; should Italian wines follow the modern international style - something I found easier to understand and enjoy on the evening - or should they remain true to their traditions, even if that makes them less approachable and if so, will that make them superior or just different ? Better book that holiday to find out.

Here are the wines we tried, all presented by Hector Scicluna of HS Fine wines, a specialist in Italian wines (hector.scicluna@ntlworld.com). They are all from small estates with, generally, low yields from old vines and are priced accordingly.