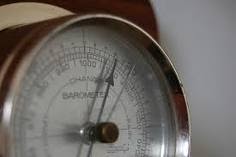 Aeration is the process of bring wine into contact with air - as wine is a living, breathing product, it changes over time and exposure to air is the main factor in causing those changes.

Wine's complex relationship with air starts during fermentation, be it in stainless steel tanks, concrete or oak. Then there is aging - again in tanks or oak, followed by bottle-aging either under cork, synthetic stopper, screw-cap or some other closure.

The size of bottle will also be a factor - magnums, for example, have twice the amount of wine with the same amount of air.

Finally, there is the serving - pouring either straight from a bottle or into a broad-bottomed decanter, whilst the size and shape of the tasting glass will also be a factor.

Given all this, I wondered whether there is any way to predict how much air a wine needs before showing its best; with new bottles, I tend to drink them over several days to see how they develop; some wines continue to improve for 24, 48 or even more hours after the initial opening.

I tend to find that full-bodied young wines (whether red or white) can take more air than others, but for fear of a wine spoiling, I tend to find I give them too little air and often they seem to be much better right at the end of a meal than at the beginning, which can be disappointing - with three quarters of the bottle consumed, the wine can suddenly start to open up and turn from a mere pleasant quaffer into something much more complex and rich ... with only a few drops left to enjoy.

I asked advice from a couple of experts, including Roger Bohmrich who in 1993 became one of the first Americans to pass the Master of Wine* ("MW") examination.

Roger explained that he had experienced a similar range of results "but I do prefer to err on the side of too little rather than too much airing. As you point out, powerful young wines can withstand more airing than delicate youthful examples, or very old vintages.

My personal practice is to decant many "big" reds for up to an hour, but not more. I also concur that young whites of certain types - top white Burgundy, for example - can benefit from airing, and I usually decant such wines and leave the decanter (sealed with plastic wrap) in the refrigerator before serving. I know many wine lovers who swear by long aeration, but there really is only anecdotal evidence to rely on. Then add our own preferences to the mix. It is virtually impossible to conduct reliable taste tests which pertain to all wines in all vintages; in short, there are no universal rules.

With so many aspects of wine - given its remarkable complexity and individuality - we often want simple answers and are disappointed to find that it's too complicated and variable!"

Mark Norman, General Manager at Cave Nil Vino also commented that "too often my wife & I are too busy during the course of our working day to decide what we will drink and I would agree that often the wine is much better on the 2nd glass ... usually after we have finished the meal. I tend to think that is why some of us (yes - guilty) use areators to expedite matters ... but I think that it depends on the wine."

Given all this, there are three bits of advice I can think of:

- eke out bottles over a number of days to establish how they change with time
- always buy wines two bottles at a time, so that you learn with the first and enjoy the second.
- invest in a broad-bottomed decanter which will expose the wine to much more air 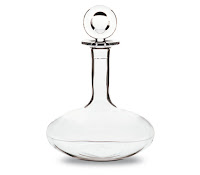 I had previously dismissed decanters as only for poseurs and restaurants, being too tricky to clean out and dry properly, but having recently received one as a gift from a friend I am now truly converted.
Links